Human Action, But Not Human Design 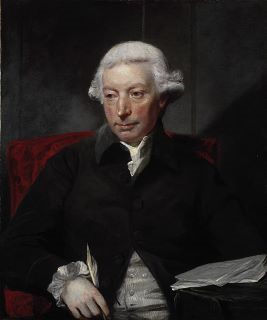 Part III of a Five-Part #ReadWithMe of Adam Ferguson’s An Essay on the History of Civil Society.
In my previous post, I shared some thoughts and raised some questions about Ferguson’s discussion of the progression of societies from “rude” to “civilized.” In part III of his History of Civil Society, Ferguson takes up national policy and the role of the arts.
It’s also in this section of the text that we find what is likely Ferguson’s best known line:

Every step and every movement of the multitude, even in what are termed enlightened ages, are made with equal blindness to the future; and nations stumble upon establishments, which are indeed the result of human action, but not the execution of any human design. [emphasis added, p. 119]

I found it easy to get distracted in Part III by Ferguson’s discussion of the emphasis of climate on politics and society. That’s now a relatively well-trodden path, and, in my opinion, takes away from the more interesting parts of this section. Because it’s here that Ferguson introduces not precisely the notion of spontaneous order we’ve come to associate with him, but a theory of how state institutions emerge. Interestingly given the quote above, Ferguson doesn’t really get into the nitty-gritty of institutional emergence until the next section, so you’ll either have to read ahead, or wait for my next post! What I suspect many of you will not like- as I did not- in this section is Ferguson’s emphasis on the role of “subordination” in this process. It’s all about power- who gets it, how, and why, and it seems mostly to revolve around the “casual subordination of property.” (p. 129)
In this section, Ferguson also lays out what he believes to be the three fundamental objects of the state: national defense, the administration of justice, and the preservation and prosperity of the state itself. This provides an interesting point of comparison to Adam Smith’s discussion of the role of the state in Book V of the Wealth of Nations. While the first two objects strike a similar note, the third is, well… take a look for yourself.
In the meantime, here are some thoughts section III left me with. I hope you’ll share your thoughts with me in the comments section!