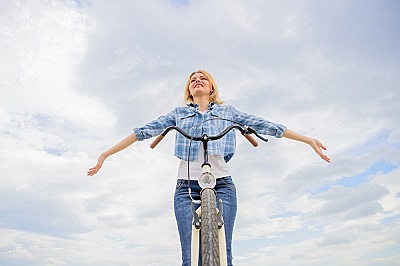 Adam Smith made it famous, but Plato, Aristotle, and even St. Paul appealed to the concept long ago. The division of labor gets us together into societies, where we can survive much better through trade with neighbors than we would on our own in the wilderness. Plato thought there might be five or six jobs that a small village could split up and live in a sort of primitive ideal. Aristotle countered that Plato’s professions were far too few and his vision of society far too unified. Instead, people get together because of how truly different they are; it’s their diversity that makes them need each other.
St. Paul described the church as a body; each part has a different task. Feet are no less needed than ears or eyes, he says, even if they get dusty, and we keep the most important bits under wraps. Similarly, the guy who puts the chairs away at church counts just as much as the pianist or preacher, and the greatest acts of Christian love are often done without anybody finding out at all.
The theme that unites these ideas is that people have wildly differing gifts and talents, and that’s a good thing! In stark contrast with the thoughtless stereotype of Smith as a hyper-individualistic economist, he knew well that we’re far better together. In fact, we need each other badly. Here’s how you can apply the concept of the division of labor to your life to be saner and happier; to work smarter, not harder; and to love yourself more and accept others for who they are, too (I promise!).
First, know thyself, as Socrates would say. I’m a big idea person, not a “spreadsheet person,” as I’ve dubbed my friend Anastasia. I have stopped (or at least minimized) torturing myself over tedious tasks and farmed them out to her -- she loves tedious tasks! She makes my travel plans, keeps track of legal documents, and helps me organize projects. I pay her hourly to take care of things that would cost me far more in sheer personal misery. She’s thrilled for the side-work, which is allowing her to pay down debt and save toward her goal of financial independence.
Even when I didn’t have much money, I bartered. My kids’ best friend’s mom is great at taking the kids camping; I’m better at urban outings. We trade, and each of us gets some free time for ourselves.
Second, stop comparing yourself. If Anastasia is a nerdy bean-counter who color-codes everything (and I mean this in the best possible sense), instead of rolling my eyes at her, I appreciate the way she can easily and even happily do the tasks that make me want to give up on life. At work, some of my colleagues are publishing more journal articles, others really focus on their pedagogical talents, and I’ve been a programming and community engagement-oriented faculty person. Frederick Buechner famously said that your vocation is “where your deep gladness meets the world’s deep hunger.” The more we do what plays to our gifts, the more we feel not only that we are deeply glad about our work, but also that we are giving something of value to others by being most ourselves.
Third, appreciate that a well-functioning cooperative endeavor requires a division of labor and will help you love and appreciate your neighbor. We’re living in a seriously polarized moment and it’s making us angry, and frankly, dumber. Jonathan Haidt has argued that conservatives tend to focus more on security and liberals (in the American sense) on care. As Mona Charen put it, “The great liberal virtue is impatience with injustice.  The great conservative virtue is gratitude.”  Don’t we need both impulses in our society? If we were all conservatives, perhaps things would be very orderly and traditional but deep injustices might persist. Were we all liberals we might rethink and rework our social system so often that it becomes completely unstable. Instead of hating our neighbors on ‘the other side’ of politics, we should bust out of our echo chambers and pursue conversations across barriers in the hopes of thinking more critically. Iron sharpens iron.
The next time some task or job is making you miserable, stop doing it. Give it to somebody else. Remember that you’re the only one that’s exactly like you. You are unique, unrepeatable, and valued (and so is your neighbor). Doing things that aren’t a good fit for you drains your energy for the things that are. But there’s somebody out there who is energized by the very things that make you feel drained, or who sees things with a different lens. Find that person, trade with them, converse with them, and be grateful for them! Then the both of you can make the rest of us better off by empowering one another. That’s how “the division of labor occasions, in every art, a proportionable increase of the productive powers of labor.” Isn’t that cool?

Thank you to the author for this well observed and timely article. It is quite interesting indeed to contemplate how a more refined understanding of the division of labor, and our vocational places within it, could work to effect greater social and political harmony. This piece increases my hope that in our political affairs especially, we will soon regain an appreciation of what our friends of different political persuasions bring to the table. But given the unfortunate appeals of strong team-based polarization, we shall have to see.