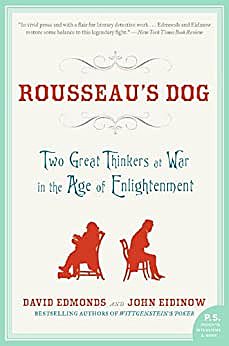 This is an incredibly timely post, as many of us wonder about the durability and tenability of friendships and other kinds of social relationships across divisions new and old. Distance and separation are back with a vengeance, as ideological and political fissures seem to each day become more stark. The Hume-Rousseau episode at once illumines the great value of dialogue across our intellectual differences, while perhaps also pointing to some of its limits. We would all be well served to consider the great costs, both personal and macro-social, involved in breaking up or ceasing to care for these kinds of friendships.