On First Looking into The Wealth Of Nations

How does a student of poetry come to love Smithian political economy? Sarah Skwire counts the ways... 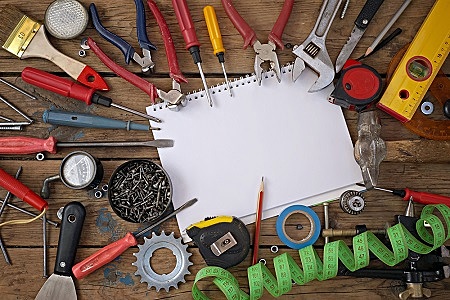 Adam Smith’s An Inquiry into the Nature and Causes of the Wealth of Nations was the first book of economics I ever read. Smith wasn’t the first economist I had read. I’d encountered F. A. Hayek’s essay “Why I Am Not a Conservative” a few years earlier, and it had influenced me enormously. But that essay is Hayek writing about politics rather than about economics, and my work on early modern political theory meant that, while his arguments were unique, his subject matter felt familiar to me.

But Wealth of Nations? I’d heard of it, of course. It was that big famous book that began modern economics in the 18th century. Since, at the time, I was a graduate student specializing in poetry from earlier periods, I was pretty sure it wasn’t going to tell me much that I would find useful.

Worse than that, I knew what this book would be like. It would be interested only in governments and companies and their interactions with each other. There would be tedious discussions of trade policy and manufacturing. It would have impenetrable columns of numbers. It would be, in a word, boring.

I was, in a word, wrong.
I was gripped by Wealth of Nations from the moment that Smith invited me into his pin factory in the book’s third paragraph. Far from an incomprehensible discussion of manufacturing and corporate decision making, Smith’s book gave me a doorway into the working world of the 18th century. And there were so many people in it!

“One man draws out the wire, another straights it, a third cuts it, a fourth points it, a fifth grinds it at the top for receiving the head…it is even a trade by itself to put them into the paper.”

I instantly had a head full of questions and references. I thought about the folk song “Paper of Pins,” which I’d learned in elementary school, and the way my music teacher had carefully explained how valuable and rare a set of pins would have been for most people when the song was written. I thought about Abigail Adams writing to John Adams during the tense days before the Revolution began, asking him to “purchase me a bundle of pins and put in your trunk for me. The cry for pins is so great that what we used to Buy for 7.6 are now 20 Shillings and not to be had for that. A bundle contains 6 thousand for which I used to give a Dollor, but if you can procure them for 50 [shillings] or 3 pound, pray let me have them.” And I thought about the moment in Laura Ingalls Wilder’s Little House in the Big Woods where one of her aunts takes some wax and a broken needle and makes a stickpin from it.
And then I thought about the division of labor, and the way my mom always divided jobs up among her three kids—explaining that it made the work go faster.
I was in, all of the way, with Smith. He was talking about things I knew about, things I cared about, things I’d thought about but hadn’t had useful terms for. And it was only the third page of the text!
The further I went in Wealth of Nations the more I came to see that, in it, Smith was creating a portrait of a world that was as filled with individuals and their work as any Dickens novel or any series of Hogarth etchings. The little boy who invents an automatic valve so he can skip work and play with his friends. The sinister “combinations of masters” meeting in “silence and secrecy” to try to drive wages as low as possible. The actors, singers, and dancers whose employment brings them both fame and shame at the same time. All these inhabit the world Smith showed me in Wealth of Nations. That world is one that is concerned, of course, with the daily business of trucking, bartering, and exchanging. But it is also a world that is profoundly human and profoundly concerned about the choices humans make and how they can lead us to flourish.
That’s when I got it. Wealth of Nations showed me that economics isn’t about long columns of numbers or rarefied decisions happening in the corridors of power. It was about people working, making choices, and trying to do what they can to improve their lives and the lives of those they love.
That meant that economics was a brand new tool kit that I could use to explore the same questions that the poets and novelists I loved so much were exploring. The works I cared the most about and this fascinating new book about a discipline I thought I hated could talk to each other.
A little less than 20 years ago, Adam Smith and his Wealth of Nations taught me that “…the most dissimilar geniuses are of use to each other.” I haven’t stopped being fascinated by his particular form of genius, and the particular tools in the economist’s toolkit since.
But the Appendix on the price of herring is still pretty boring.

"But the Appendix on the price of herring is still pretty boring."

Amen to that! And, mercifully, Don Boudreaux has us skip that section in the class on WN he teaches at GMU :-)

I have to say, my experience with Smith was similar. I came to him much later, my first encounter being in late undergrad when I had already been studying economics for several years. But the way he told stories, not just charts and theories of relentlessly maximizing automatons, spoke to me. As someone who was never good at math, I loved the intuition he built.

Fast forward a decade, and on a whim, I took Dan Klein's graduate class on Theory of Moral Sentiments. Suddenly, everything clicked into place. TMS was a key to unlocking the full potential of Wealth of Nations and to better understand economics in general. There was no need to assume away concerns of justice or the other virtues. Smith embraced them, and WN has a very jurisprudence and virtuous foundation to it. Concepts such as utility curves and demand curves became more dynamic (but inherently less precise). Economics became about people. Smith never forgot that. But somewhere along the lines, the profession did.

I think both a careful reading of TMS and WN go a long way to making one a better economist and a better social citizen.

“I was in, all of the way, with Smith.” This line and the following paragraph perfectly describe how I felt when I read The Theory of Moral Sentiments.

I was lead to Smith initially because I was watching a lecture, and the professor in question quoted: “Man naturally desires, not only to be loved, but to be lovely.” And when I heard that quote, there was just something about it that felt so unbelievably true. I remember I had to pause the lecture and just sit and think for awhile. I felt compelled to know more, hence why I picked up The Theory of Moral Sentiments shortly thereafter. It certainly did not disappoint, and years later is one of my favourite works.

What I think all three of our stories share in common, is a sense that what Smith has written is relatable to us. We could see it in our own lives. I think that really speaks to how accessible these texts can be, even to those who least expect it. There’s something beautiful about that.

For example, could it be in high school through reading select passages from the books, or maybe even earlier in elementary school when discussing the idea of empathy?

Elementary might be a little early for Smith, but high school probably wouldn't be a bad idea. At least insofar as my experience goes, not much philosophy is taught in high school, and Smith is a fairly easy introduction

I think you make a fair point, but why is elementary school too early?

A lot of moral lessons are taught to children at a rather young age. So wouldn't certain (definitely not all, but certain) aspects of The Theory of Moral Sentiments fit in? For example, the ideas of how we care about one another, how we feel happy when others are happy and sad when others are sad and envious when others have much more than us.

Perhaps an illustrated series on The Theory of Moral Sentiments for kids is just what this world needs to foster interest at a young age, and encourage self-reflection very early on. There's some discussion now on the importance of mindfulness for young kids, and Smith leads us in that direction too!

So there's the question of whether elementary school kids are ready for Adam Smith's ideas, which is separate from whether they are ready for his 18th century prose style. I think they're ready for the ideas, but not (necessarily) for the language.

I think I agree entirely with that!

Based on the above assesment, when looking at his writing, perhaps high school would be a good place to start. Either a Philosophy class, or maybe even in an English class, since the language of the work is part of the difficultly.

Sarah, did you find that the skills you learned from studying poetry helped you to better tackle the language and style of the Wealth of Nations when you first read it?

I think studying poetry always helps when tackling unfamiliar language from unfamiliar periods. But what was most useful for me (and I'm a weirdo, I know) is that I'd been reading so much material from the 12-17th centuries that 18th century prose sounded delightfully crisp and modern by comparison. I wouldn't recommend that as a teaching tactic, though. Instead, I'd be inclined to give students a short passage of Smith in the original wording--something like the passage about the Chinese earthquake, the pin factory, or the poor man's son, that excerpts nicely--and have the class work together to translate it into modern English. I think you could do that in economics, philosophy, or English classes--different subjects would just emphasize different aspects of the material.