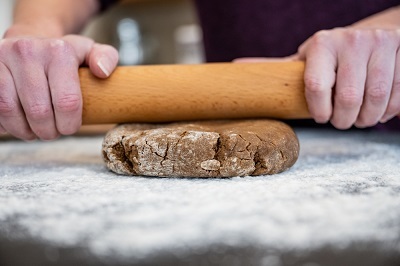 "... it’s no surprise that Smith wasn’t too impressed with some of the improvisations the Americans made when it came to the classics, especially when it came to molasses."
By the 1770s  the British West Indies and other Caribbean colonies were producing impressive amounts of sugar which were then traded as rum or molasses. The sugar and rum trade played an important role in the American colonies which, by 1776 when Wealth of Nations was published, were in full revolt.


While one doesn’t think of Adam Smith’s An Inquiry into the Nature and Causes of the Wealth of Nations as a tome about food, many of Smith’s examples include food, beer, wine, or liquor. And why not, since Smith was known to enjoy great meals and a fine bottle of claret. So, it’s no surprise that Smith wasn’t too impressed with some of the improvisations the Americans made when it came to the classics, especially when it came to molasses.


“A fermented liquor … which is called beer, but which as it is made of molasses bears very little resemblance to our beer, makes a considerable part of the common drink of the people in the America,” Smith writes in Book V. “This liquor, as it can be kept only for a few days, cannot, like our beer, be prepared and store up for sale in great breweries, but every private family must brew it for their own use.”


Molasses – called ‘black honey’ -- played a major part in colonial life, especially when it came to beer. A byproduct of sugar production, it was the thick syrup left over after sugar was extracted from the cane. The ingredient was a popular and accessible sweetener for colonists.


When it came to brewing, hops and barley, both traditional ingredients in English ales, were in short supply in the American colonies so settlers improvised. Using corn and other grains, as well as fruit (and even squash) for sugar, colonial beer could vary widely in quality and composition. Many families or small farmers had their own recipes, and beer was brewed for fast production and easy consumption. Generally made on site at a home or farm, a batch of colonial beer was meant to be drunk up within two-to-three weeks. Smith makes it clear that he didn’t consider the colonists’ improvisational efforts very palatable.


George Washington famously jotted his own recipe for “small beer” – a lower quality drink for servants and soldiers – in his journal during the French and Indian Wars in the 1750s.

“Take a large Sifter full of Bran Hops to your Taste — Boil these 3 hours. Then strain out 30 Gall. into a Cooler put in 3 Gallons Molasses while the Beer is scalding hot or rather drain the molasses into the Cooler. Strain the Beer on it while boiling hot let this stand til it is little more than Blood warm. Then put in a quart of Yeast if the weather is very cold cover it over with a Blanket. Let it work in the Cooler 24 hours then put it into the Cask. leave the Bung open til it is almost done working — Bottle it that day Week it was Brewed.”

While today, you may have a jar of molasses in your kitchen cabinet, you probably won’t be using it to brew your own beer.  (Keep an eye out, though, as some craft brewers occasionally produce molasses-based beers in the fall and winter.)  Instead, let’s try some molasses cookies loosely based on a gingerbread recipe from the Colonial Williamsburg Tavern Cookbook and Hannah Glasse’s The Art of Cookery Made Plain and Easy. Glasse’s book, published in 1747 in Scotland, must have made the journey with more than a few colonial cooks. Hannah’s recipe starts with 3 pounds of flour and 1 pound of sugar, so we’ve made it more manageable for modern times.


½ cup turbinado or other crystal sugar


2. In a bowl, combine the flour, salt, baking soda, ginger, cloves, and cinnamon.


3. In a large mixing bowl, cream together your butter and sugar, then add the egg. Add the molasses and mix until smooth and cream.  Add the dry ingredients and mix well to combine.


4.  Put the turbinado sugar in a small bowl. Scoop about walnut-sized scoops of cookie dough, roll them into balls, and roll in the turbinado sugar. Place on the parchment-lined baking sheet. Press slightly to flatten each cookie