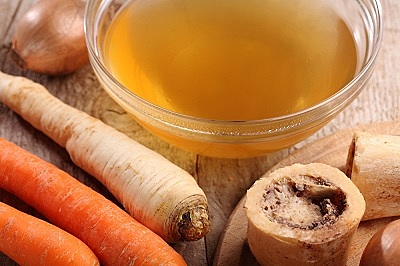 September 21, 2020
Adam Smith didn’t leave us a grand tradition of food writing like his countryman Robert Burns did with his “Address to a Haggis,” but Smith’s writing can still teach us a bit about the food that mattered to him. Through correspondence we can follow him from the salons of Paris (where dining with his friend David Hume was elevated to a fine art), to Geneva (where he supped with Voltaire), to Edinburgh (where he entertained Benjamin Franklin.)


But before Smith was an accomplished scholar, he was a student. Born in 1723, Smith entered the University of Glasgow in 1737 when he was 14. Three years later, he was accepted to Oxford’s Balliol College where he spent six years and writes about a different sort of learning environment than in Scotland. At Oxford, he felt studies were less rigorous and that “it will be his own fault if anyone should endanger his health at Oxford by excessive Study,” which makes it somewhat ironic that Smith did just that.


Smith writes in his letters of a “laziness” during his time at Oxford which may well have been the lethargy that comes with scurvy. Today, we think of scurvy as something most common in the British Navy. Sailors mixed lime juice with rum for their daily grog to prevent the disease. But scurvy was common on shore as well. Caused by a lack of Vitamin C, scurvy’s most common symptoms were the kind of malaise and fatigue that Smith writes would overcome him for months at a time. More advanced symptoms included bone pain, weakness, and shortness of breath.


The cure for scurvy is a diet filled with fruits and vegetables, less common in Smith’s time than now. Perhaps it was being away from this mother who had cared for him until now and presumably fed him a Scottish diet which featured kale. Perhaps he was on a tight budget as a student. Or perhaps he just cared little for what he ate.


In 1744, Smith writes that he’s discovered the cure for his scurvy, a remedy that’s “in vogue” – tar water.  Tar water, a mixture of pine resin and water, had been around since medieval times, making a periodic reappearance every 50 years or so as the newest miracle cure. Doctors steeped pine or fir resin in water, then poured it off for patients to drink. It was dark and foul-smelling but also considered an effective cure for scurvy. Smith extolls its virtues in a letter to his mother in 1744 declaring “it has perfectly cured me”.


Tar water was most likely all the rage in 1744 at Oxford due to a publication that year from Irish philosopher George Berkeley who called it a national panacea.


What else was Smith likely to have lived on at Oxford in the 1740s? Bread, cheese, porridge, and likely beer or wine would have been the basics. Assuming that Smith was eating only to sustain himself, he most likely encountered a rich bone broth of the time, made with bones and scraps of meat by the cook.  Bone broths have become popular today as nutrient rich bases for soups as well as natural alternatives to commercial broths. The richness comes from the gelatin and minerals leached from the bones and cartilage of an animal carcass and bones.


Bone broth, an essential ingredient in 18th century cooking, is the first recipe in Scottish teacher Eliszbeth Cleland’s 1755 cookbook The New and Easy Method of Cookery, written to cover the basics for middle class young ladies who would be running their own households. I’ve adapted it here to modern times.


½ cup chopped fresh herbs such as parsley, rosemary, or thyme (any combination)


Or 2 tbsp dried herbs including thyme and rosemary

We always say that context is important for the interpretation of Smith's writings, but I must admit that gastronomical context is something I had never quite considered before. Thank you to the author for this very intriguing contribution to the site!