Why do we Admire Celebrities? 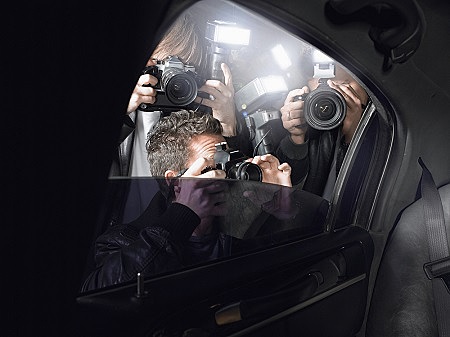 Why is there an intense fascination with celebrity?  29 million people in the United States tuned in to watch the wedding of British Prince Harry to Megan Markle, an event which affects none of them personally.  Magazines like People and TV shows like TMZ or Entertainment Tonight provide details into celebrities’ comings and goings far beyond what is of any practical value to anyone.  Professional sports players and politicians are lifted as role models and heaped with praise while parents, teachers, godparents, and friends (whom are far more important to a person’s moral development) are hardly acknowledged.  As a friend asked in exacerbation on Facebook the other day: “Why does anyone care about the royal family?  I do not get it.”


Adam Smith has an answer for us.  In Theory of Moral Sentiments, Smith writes:

“It is because mankind are more disposed to sympathize more entirely with our joy than our sorrow, that we make parade of our riches, and conceal our poverty.  Nothing is so mortifying as to be obliged to expose our distress to the view of the public, and to feel, that though our situation is open to the eyes of all mankind, no mortal conceives for us the half of what we suffer” (p. 50.1).


Indeed, we like to be seen in our riches and hide our poverty in shame, but why?  Is it simply for the conveniences of life, Smith asks?  Not necessarily, as the poor man still has a roof, a full belly, and clothing (and this is even more true today).  Rather, we seek wealth for the attention it brings, either from true friends or from hangers-on.  Wealth appeals to our sense of vanity.


Since wealth is seen publicly and lauded, while poverty and hardship hidden, we tend to associate the conditions of the rich and powerful with a state of perfect happiness.  It is a shame, we think, that any tragedy should foul up this perfection.  Consider the outpouring of emotion that followed John Lennon’s assassination or the assassination of Bobby Kennedy.  Again, quoting Smith:

“It is the very state which, in all our waking dreams and idle reveries, we had sketched out to ourselves as the final object of all our desires.  We feel, therefore, a peculiar sympathy with the satisfaction of those who are in it…Every calamity that befalls them, every injury that is done to them, excites in the breast of the spectator ten times more compassion and resentment that he would have felt, had the same things happened to other men.” (p. 51-52.2).


Celebrity worship is nothing new.  Smith devoted two full chapters (one added in the final edition of the book) to it.  His student, John Millar, went on to write another book on the matter: The Origin of the Distinction of Ranks (1771), which expanded on Smith’s writing in Theory of Moral Sentiment.  It is clearly a natural part of humanity, for better or for worse.

If we take Smith’s claim, that this admiration of the wealthy is natural, what purpose might it serve?

One of the benefits it might serve, is to give individuals something to aspire towards. Take for example the Royal family of Britain. Although it is unrealistic for most of us to think we can ever attain the amount of wealth. However, if we perceive the Royals as being generous, then we might be encouraged to be generous ourselves. So we aspire to be like them, so that we may be more admirable ourselves.

I think that is largely correct and Smith (and John Miller) would agree. But: is it possible that even that liberality sentiment goes too far? For example, Cicero discusses Julius Ceasar's liberality as going beyond the bounds of propriety: he was using both his own and State funds to be generous to friends and build a following around him rather than the Republic.

I absolutely think there are limitations to this, and important ones too. I think the case of Caesar is an interesting one, because consider the same situation today. If someone we viewed as great and admirable was found to be abusing ones position to personally benefit friends and family, I think we could conmen such behaviour. I think one of the reasons being that it goes against social conventions. Perhaps this is why we couldn’t condemn say the Kardashians, who may not resemble “virtuous people”, but act in ways we trust to be reasonable. So are celebrities expected to act within social rules?

Also, it’s neat you brought up Cicero (or chickpea in English), one of the greatest speakers in history. And arguably one with significant public sway during his time. Do we have an equivalent in the modern day, or have we lost the art of rhetoric in our society?

Now there is a good question. Off the top of my head, I can't think of anyone who approaches Cicero. Granted, Cicero is my homeboy and we all tend to idolize the dead, so it is probable no one could ever live up to my imaginary Cicero. But who, as an orator, will people be off-hand quoting in a century? Who will be read 2,000 years from now in different languages? Who will be held up as a teacher of morals and defender of civilization? I can't think of anyone off the top of my head.

I think this can be related back to the topic of celebrity as well. What’s interesting is that Cierco is unique, because of his wide popularity during his time. Many people we would consider “great”, were not popular. Van Gogh is a classic example, but many philosophers would fit as well. So how strong is the connection between popularity, admiration, and enduring impact?

Also I frequently wonder whether or not we are lacking truly “great people” in our contemporary society. Do you think it’s possible we simply cannot recognize what people will perceive as relevant and important in the future, while we are in the thick of it? Would Hume have been able to predict the admiration we could have for his friend Smith, hundreds of years after his death?

It's probable that we cannot recognize greatness in the present time and some of that is by definition. The test of greatness is how long into the future someone is remembered. Van Gogh was a failure in his own time, and thus less popular than some contemporaries, but his work endured for whatever reason, making him great.

I suspect there is also selection bias going on. Marcus Aurelius' writings were likely preserved because he was emperor. Perhaps there was some Roman Adam Smith (Adam Smithicus? :-) ) whose writings were not preserved since he was of little importance. Cicero, both popular and smart, was also Consul. When the opportunity cost is high, only the most important writings will be preserved (sorry, the economist in me is coming out), and then they may take on a life of their own and command authority simply because they are so old.