Adam Smith, Madame Geneva, and the Consequences of Liquor Prohibition 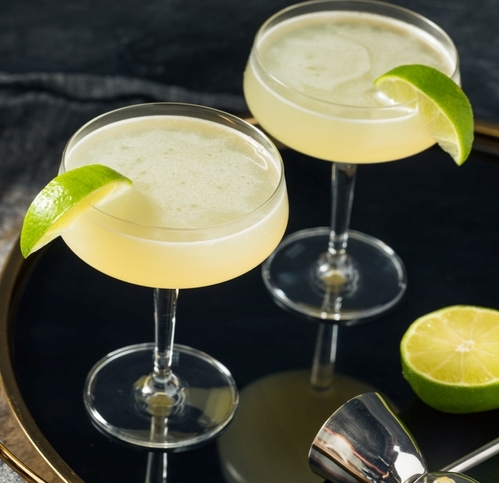 When it came to using government to stem the tide of drunkenness, Smith wasn’t necessarily convinced it was the right answer. As he notes in 1762 in his Lectures on Jurisprudence “It is said indeed that taxes on those liquors prevent drunkenness, but the conterary [sic] is probably the case. By raising their price, they make them an object of their desire … We see accordingly that in Spain and France, where all liquors are very cheap, there is less drunkenness than in this country.”

“A new kind of drunkenness, unknown to our ancestors, is lately sprung up amongst us, and which, if not put a stop to, will infallibly destroy a great part of the inferior people. The drunkenness I here intend is that acquired by the strongest intoxicating liquors, and particularly by that poison called Gin.”
-Henry Fielding
When it comes to spirits in Adam Smith’s Scotland, we tend to think of whiskey. But during the first half of the 18th century, there was a new liquor taking over and Edinburgh in Adam Smith’s time was at the heart of it. We’re talking about that demon spirit, Madame Geneva, or as we know it, gin.


How did gin become so popular? By the end of the 17th century, the British government was actively trying to reduce the consumption of French fortified spirits – like brandy -- and the encouragement worked. As brandy fell out of style, aristocrats and commoners alike developed a taste for the Dutch Geneva – a spirit flavored with aromatic botanicals like juniper berries. Gin became the fashionable and popular English alternative.


The Highlands were already one of the largest producers of juniper berries which were exported to the Netherlands for production of Genever.  With raw spirits and flavorings in ready supply, Genever’s cheap version, known as gin, became the darling of distillers in London and Edinburgh as they began mass producing the liquor. Known by historians as “The Gin Craze”, during the first half of the 1700s, distillers in both England and Scotland found the British loved the “the waters of Geneva.”


Things quickly spiraled out of control. By 1734, Queen Caroline, the wife of George II, was “stridently in favour of Parliament’s legislating against ‘Mother Gin’ or ‘Madam Geneva’ as it was also known” writes British historian Lucy Worsley in her book, The Courtiers. Gin was consumed by the pint – like beer – and was “causing chaos in London.” Insensible drunks lined the streets while others raged. Newspapers ran lists of those who died from drinking gin.


Worsley notes in If Walls Could Talk: An Intimate History of the Home, gin-drinkers “had no notion that it was not a good idea to drink it by the pint as they did ale.” It was the 18th-century London equivalent to the meth or opioid epidemic.


The Gin Act of 1736 made an effort at regulating the stuff, but the new laws were widely ignored and later repealed. The 1736 Daily Gazetteer notes “last Wednesday … several people made themselves very merry with the death of ‘Madam Gin,’ and some of both sexes got soundly drunk at her funeral.”


By 1751, the United Kingdom found itself at the height of the crisis. Novelist and magistrate Henry Fielding addressed the rampant crime and mass moral failing he saw from intake of the cheap “vile potion” which he had “the misfortune to every day see – and to smell, too.”  One source notes that Scottish distillers, primarily based in Edinburgh, accounted for about 25% of all sales in the British market, prior to the introduction of duties.


The Gin Act of 1751 finally made it too costly for both distillers and retailers (known as “gin shops”) to stay in business. Production and sale would be heavily regulated and enforced with costly licenses, and while there was some bootlegging and illegal activity, the law largely shut down the Gin Lanes around London. (The act also promoted the distribution and sale of tea, another column for another day.)


When it came to using government to stem the tide of drunkenness, Smith wasn’t necessarily convinced it was the right answer. As he notes in 1762 in his Lectures on Jurisprudence,

“It is said indeed that taxes on those liquors prevent drunkenness, but the conterary [sic] is probably the case. By raising their price, they make them an object of their desire … We see accordingly that in Spain and France, where all liquors are very cheap, there is less drunkenness than in this country.”

The Gin Act had decimated the Scottish distilling industry but by the early 1800s, it was recovering, in part due to the invention of the patent still by Scotsman Robert Stein. Further innovations would continue in stills and distilling (including the London Dry style), and Scotland is now said to account for around 80% of all gin produced in the UK, so says UK wine and spirits brokerage Matthew Clark.


Today, many Scottish whiskey distillers make some fine and interesting gins, which, fortunately, we don’t drink by the pint glass. You can also choose between many styles of gin today – including London Dry, Genever-styles (rich with aromatic herbs), and even flavored gins.


The “cocktail” as we know it today didn’t appear until 1806 or so in New York and was a uniquely America invention. Gin drink recipes started to cross back to Europe until after the Civil War when American bartenders made their way to London, Paris, and other fashionable spots. While we can’t bring you an authentic gin recipe from Adam Smith’s time, we can leave you with a couple of classics to try at home – with your favorite gin, of course.


Follow the 2:1:1 ratio rule on this one and you can’t go wrong. (Although you can always go a little heavy on the gin.)  This one is always a good one to make in a classic cocktail pitcher for parties.


1. Fill a small cocktail pitcher or shaker with ice.


3. Strain into a coupe or ‘Nick and Nora’ cocktail glass. Garnish with a slice of lime.


Substitutions:  Use lemon juice instead of lime and garnish with a splash of soda water for a Tom Collins or omit the simple syrup for a Gin Rickey. Try adding pomegranate juice, grapefruit juice or even cranberry juice to make your own version.