Adam Smith and the European Union 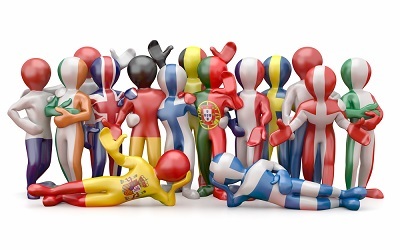 The EU was built on the very same idea that the free movement of labor is beneficial for both producers and workers... It was Adam Smith, who first brought forward this idea that accumulation of stock leads to it being employed in production, which in turn requires a certain number of workmen.
Although the modern notion of free movement of labor, at least on the European continent, can be traced to the European Union, the idea is not quite new. Indeed, it was Adam Smith, the “founder of capitalism," who wrote about it in his great work Wealth of Nations. He writes that the same can be said of stock, as well. Whatever obstructs the free circulation of labor from one employment to another obstructs that of stock likewise (WN, I.X II). He points out, too, the so-called “corporation laws," which were very common in those days in most parts of Europe.


Adam Smith was an advocate of natural differences in the price of wages for different professions. He believed that several factors determine wage levels, like the difficulty of performing certain professions or how hard or easy it is to acquire the status of a given profession. Likewise, he believed that laws aimed at providing guidance over the proper employment of labor are counterproductive. The same can be said for similar attempts trying to govern the very work of these working men. It is not, as he notes, that such laws direct their conduct, but rather their relations with customers and their overall satisfaction or dissatisfaction with the service or product provided. It is this reason that keeps traders from cheating their customers or offering products or services of lower quality. Regulation will not successfully prescribe proper behavior. More often these laws, regulating entire professions, resulted in one provider being favored in comparison to the other. The first one would therefore occupy the most prestigious parts of a certain town. Only in the suburbs, in those circumstances, was it possible to find working men who would solely rely on their honor and honesty in doing business.


Policies of other countries at that time were similar, in that they obstructed competition and prevented wages from reaching their natural level. Examples of this worked in the opposite direction, as well, where these laws would increase competition in certain professions above their natural levels, resulting in wages decreasing below their natural rate. This also led to many professions, which were quite necessary, reaching levels of employment above their natural number, resulting in some of their members accepting lower wages than the expenses they had for acquiring such education. This was a common practice for those who paid for their own education and were not financed by some institution.


The EU was built on the very same idea that the free movement of labor is beneficial for both producers and workers. After all, they are all consumers and the rise in supply of labor leads to the rise in general wealth. It was Adam Smith, who first brought forward this idea that accumulation of stock leads to it being employed in production, which in turn requires a certain number of workmen. As this accumulation is higher, a higher amount of working men must be employed. One of the cornerstones of the labor movement in the EU is exactly this availability of labor. By reaching its potential in this way, it leads to entrepreneurial ideas being realized, economic opportunities for all equalized, and labor force adaptability not being put into question.