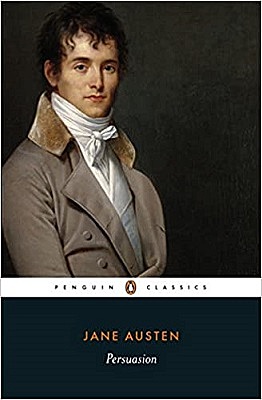 The similarities in Smith’s descriptions of moral weakness and Austen’s descriptions of people were undeniable. It was as if I could assign a different character in the book to each of Smith’s passages on moral philosophy.
For the past few weeks, we’ve all been staying closer to home. If you’re like me, I suspect that you’re also reading a few more books (and opening a few more bottles of wine!) than usual. However, even with a tall stack of “need to read” books on the nightstand, I found myself returning to my favorite Jane Austen novels, the literary equivalent of comfort food. Who doesn’t find a satisfying escape in those 19th century Regency novels like Pride and Prejudice or Sense and Sensibility with their wonderful sisters, quirky families, laughable parsons, and suitable suitors. Austen’s characters fall neatly into categories: Good or bad. Rich or poor. Vain or modest. Moral or immoral.


So what’s the connection to Adam Smith? Over the course of four weeks in February and March, I participated in an Adam Smith Works reading group moderated by Dr. Caroline Breashears, a professor at St. Lawrence University specializing in 18th century British Literature and an Adam Smith Scholar at Liberty Fund. The group of professors and economists from two continents read Jane Austen’s Persuasion and selections from Smith’s Theory of Moral Sentiments and Lectures on Rhetoric and Belles Lettres. I knew Austen’s work well, but had not spent much time with Smith, so I was stunned as we read them side by side. The similarities in Smith’s descriptions of moral weakness and Austen’s descriptions of people were undeniable. It was as if I could assign a different character in the book to each of Smith’s passages on moral philosophy. With Smith’s descriptions, it was easy to identify the vain Sir Elliot, the proud Lady Russell, the attention-seeking Mary, and the intemperate Misses Musgrove, as if they’d been created straight from Smith’s listings of moral failings.


Publishing her works between 1811 and 1817, Austen was an astute observer of people and a student of virtue ethics. In Austen’s literary worlds – as in Smith’s – good people aren’t judged by wealth or position, but by how they treat others, how they use their wealth, and whether or not they do the right thing. As in many of Smith’s pronouncements, characters are black and white with very little muddy grey. (Contrast this to the more mature moral dilemmas 30 years later in books like Wuthering Heights and Jane Eyre. Things are murkier when it comes to love, manipulation, motives, and moral ideas. Remember St. John Rivers, the moralizing, priggish missionary who wanted to do Jane Eyre a favor by tempting her into a loveless marriage? We knew he wasn’t a good guy. It was a bit of moral philosophizing on Bronte’s part running counter to Jane’s final decision to return to a married man, but that’s another essay for another time.)


Because of these moral underpinnings, Austen felt comfortable tackling broader issues like ruined reputations, disappointments in love, family expectations of marriage, financial ruin, and even the dangers of popular fiction. But I was curious. Just as I’d been able to assign a character from Persuasion to every passage we read of Smith, would I be able to do the same for her other works?  A re-read of Pride and Prejudice proved it possible. Sympathy, hatred, resentment, propriety, loss, merit, remorse – all are themes of Smiths’ moral sentiments, and all can be clearly labeled when it comes to Austen’s characters – wonderful and horrible alike.


It’s made me want to delve more deeply into Smith with a pen in hand to note Austen characters along the way. (It’s especially made me pick up Mansfield Park again with its family drama, unrequited love, and condemnations of slavery.) In these chaotic times, we all take comfort where we can. For me, it’s a revelation to know that 200 years later, we can still see the work of these authors in new light. They still have a lot to teach us. As literary comfort food, I’ll be experiencing Austen in a new way. The stack of unread books on the night stand will have to wait just a little longer.