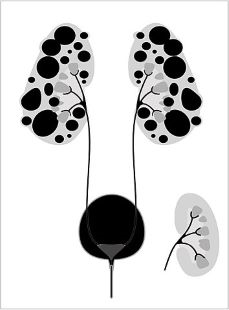 Castro and Elías return with more Smithian insights into the logic of altruism and the design of kidney exchange markets.
Kidney transplantation is considered the best treatment option for patients suffering from end stage renal disease (ESRD). Sadly, there is a substantial shortage of kidneys for transplantation, which translates into long waits for patients to access this preferred treatment. Many die while waiting. As we discussed in a previous Speaking of Smith post, even though the use of a market system would solve the problem in an effective way, payments to donors is forbidden by law in most countries in the world. The current systems of organ donation in most countries rely on altruism: the undirected generosity of people who express their will (or don’t expressly oppose, depending on the default rule for deceased organ donation) to donate their organs after they die, as well as the directed altruism of people who donate a kidney as a living donor to a loved one.
Adam Smith recognizes the importance of altruism, especially toward those close to us:

After himself, the members of his own family, those who usually live in the same house with him, his parents, his children, his brothers and sisters, are naturally the objects of his warmest affections. They are naturally and usually the persons upon whose happiness or misery his conduct must have the greatest influence. He is more habituated to sympathize with them: he knows better how every thing is likely to affect them, and his sympathy with them is more precise and determinate than it can be with the greater part of other people. It approaches nearer, in short, to what he feels for himself. (TMS, 4.ii.1).

In 2019, 29% of kidney transplants in the US were performed with live altruistic donors, 50% of the organs being donated by family members. Unfortunately, a healthy person's kidney is often incompatible with the intended recipient. There would be more live-donor transplants if any altruistic live donors who wanted to help a loved one in need could do so.
Using tools from Market Design and introducing new developments, Nobel Laureate economist Alvin Roth has helped, and continues to help along with other economists in collaboration with medical professionals, in organizing a marketplace for Kidney Exchanges between internally incompatible patient donor pairs. The simplest type of kidney exchange is between two incompatible patient donor pairs. In more complex cases, additional patient donor pairs can be included generating more than 2 kidney transplants.
In a chapter Of the Influence and Authority of Conscience, Adam Smith explains:

In the same manner, to the selfish and original passions of human nature, the loss or gain of a very small interest of our own appears to be of vastly more importance, excites a much more passionate joy or sorrow, a much more ardent desire or aversion, than the greatest concern of another with whom we have no particular connection. (TMS, 3.iii)

Kidney exchange creates a “connection” between incompatible patient-donor pairs. It provides incentives to join the market and to be benevolent with an unknown patient by prosecuting the donors own interest, to benefit a loved one that will receive the kidney from the donor of another pair.
Adam Smith was aware that altruism is more important in families than in markets, in a famous passage he argues:

It is not from the benevolence of the butcher, the brewer, or the baker, that we expect our dinner, but from their regard to their own interest. We address ourselves, not to their humanity but to their self-love, and never talk to them of our own necessities but of their advantages. (WN, 1,ii)

Therefore, the expansion (the “extent”) of the market, that promotes specialization with its benefits, does not require participants motivated by altruism and is facilitated by the use of money prices. A thicker marketplace also has substantial benefits for Kidney Exchange, both in increased number of feasible live donation transplants, and in improved match quality of transplanted kidneys.
Since its beginnings, the kidney exchange system has faced challenges to growth and benefits from its expansion (from its thickness). The first developments in that direction were the development of advanced matching algorithms that identify both simple exchanges and more complex chains of transplants to increase the number of transplants achieved and the establishment of Kidney Paired Donation Programs. A relatively more recent development to expand the extent of the market is Global Kidney Exchange, that allows for exchange between pairs of different countries.
Once a thick marketplace is achieved, exchange facilitators could have to deal with problems of congestion. In Book I Chapter IV of the Wealth of Nations (Of the Origin and Use of Money), Adam Smith explains how the “Difficulties of barter lead to the selection of one commodity as money.” These difficulties are present in Kidney Exchange since the use of money is not allowed by law. To ensure that both parts of the transaction go through, in a kidney exchange the surgeries are performed at the same time, which is not simple and limits the exchanges (there is a problem of congestion). In response to this problem, doctors and donation administrators have developed chains that begin with a transplant using a non-directed donor, an altruistic person who wants to donate a kidney intended for a patient neither named nor specified. In the past, non-directed donors were directed to patients on the deceased-donor waiting list, generating one transplant. Kidney exchange has made it possible for a non-directed donor to help more than one patient, since a chain starts with a non-directed donor, includes some patient donor pairs from the Kidney Exchange program, and could end with a donation to someone on the waiting list.
Recent work by Mohammad Akbarpour et al (2020), proposes an Unpaired Kidney Exchange system to eliminate the simultaneity problem (the double coincidence of wants) and reduce the congestion. They propose creating a market where a patient can receive a kidney, even if her donor is not compatible with the other pair’s patient. When this happens, the system will “remember” that the patient has the right to receive a kidney in the future and that the unpaired donor’s kidney can be used for some other patient in the future. One concern with this system is that the unpaired donor may regret or cannot be able to donate later, a challenge that is also present in the chains. Using simulations, they find that the impact of donor reneging on the performance of Unpaired Kidney Exchange is likely to be low.
Currently, kidney exchange contributes to close to 17% of all live kidney transplants and its design continues to evolve. As Alvin Roth explains “The constantly evolving design of kidney exchange is rather different than my experience with market designs involving medical labor markets, or school choice, or even the economics job market, in which design features have remained constant for years at a time.”

Walter Castro and Julio J. Elías, "Adam Smith and the Market for Kidneys for Transplantation"