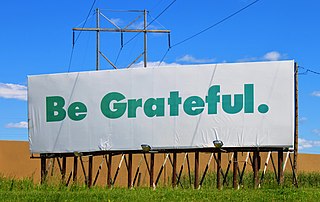 What do these "three B's" have to do with the sentiment of gratitude? Daniel B. Klein explains.
I love to analyze sentiments, sympathies, and virtues. In doing so, it’s useful to distinguish several “b” words.
Benevolence on the part of Mary is a sentiment of directed well-wishing toward the objects of her benevolence. We are benevolent toward our neighbors when their trusted aims and interests are our hopes. Benevolence is particularistic. That is, it pays attention to particular people or particular problems.
Beneficence on Mary’s part is her rendering benefit from benevolent impulse. Mary’s impulse could be, of course, mixed with other sentiments, but the more the impulse is benevolence, the more apt it is to call it beneficence.
By removing the middle characters of “beneficent actor” we get benefactor. With beneficence we have a benefactor (Mary) and beneficiaries (the neighbors).
In a section of The Theory of Moral Sentiments (TMS) called “Of Justice and Beneficence,” Adam Smith contrasts the virtue of beneficence with the virtue of commutative justice. Commutative justice is not messing with other people’s stuff, including promises due. In the exchange of property or services, this virtue calls us merely to do so on voluntary terms of consent and contract.
When you shop at Safeway and exchange your money for their eggs, you benefit. But we would not say that Safeway showed beneficence. It was ordinary exchange and common decency. Common decency and commutative justice of course have a pro-humanity, live-and-let-live spirit to them, but that spirit is not a lively sentiment. Also, the spirit of common decency is not directed toward particular people or particular problems the way that benevolence is. Benevolence enters into situations. Common decency takes a friendly, peaceful stance toward most all situations, without entering into them deeply. In the Safeway transaction, therefore, the impulse to render the benefit was not benevolence, so Safeway was not being beneficent.
Though not beneficent, Safeway is beneficial. Beneficialness is the rendering of net benefits, irrespective of motive or impulse. The big lesson of The Wealth of Nations is that in the modern world, for much of the beneficialness we enjoy, we have to rely on impulses and virtues other than benevolence. We’re not in the small band anymore.
Does Smith use benevolence, beneficence, and beneficialness along such lines?
The words benevolence and beneficence are used abundantly by Adam Smith in Theory of Moral Sentiments, along the lines offered here.
Beneficialness was not used in Smith’s time. He used utility (notably in Part IV), as well as other terms and expressions.
The difference between benevolence and beneficence relates to a difference between the theistic and the non-theistic versions of Adam Smith’s ethical plexus in TMS. In the theistic version, the impartial spectator in the highest sense of the term is God. God is benevolent toward the whole of humankind.
I said that benevolence is particularistic in the way it is directed (toward particular people or particular problems), but that’s not the case for God, because God is super knowledgeable and, as it were, can focus on all of the particulars of all such things. Like Santa Claus on Christmas Eve, God gets around in a super-human way, and is benevolent at each stop.
But God, again like Santa Claus, is also beneficent—for example, in the act of divine providence. God delivers benefit from benevolent impulse, and hence is beneficent.
In the allegorical but non-theistic version, the impartial spectator in the highest sense of the term is benevolent, and has, like God, super knowledge. But this allegorical universal beholder only need be benevolent. She wants to see humankind happy and flourishing; that is what she finds beautiful, just like God. But her benevolence is not actualized as benefit. This allegorical being, whom I call Joy, is benevolent to the whole of humankind, but we don’t necessarily have grounds to say that she is beneficent toward humankind.
In this respect, Joy is to us like we are to a character in a movie, such as Tess McGill in Working Girl or the persons endangered in Chernobyl. We enter into their situations and feel benevolence, but we do not render benefits to the objects of that benevolence. We are mere spectators.
Beneficence inspires gratitude. One of the many shortcomings of Joy, as compared to God, is that Joy does not easily lend herself as object for a general gratitude for life and its blessings, since she has not given us life and its blessings. She only has been benevolent. I’ve written about whether a feeling of gratitude requires that the gratitude be direct to some benefactor. I think that a feeling of gratitude for life is a happy and healthy thing. Finding and enjoying that healthy feeling is a greater challenge for non-theists: They may know what they feel grateful for, but they may not know who to feel grateful to.
Related Links:
Daniel B. Klein, Grateful to Whom, Or What?
Lauren Hall, Adam Smith on the Emergent Meaning of “Stuff”
Adam Smith, Theory of Moral Sentiments Part VI, Section II, Chapter III, “Of Universal Benevolence”
Bryan Caplan, Smith’s Benevolent Baker Quote, In Song