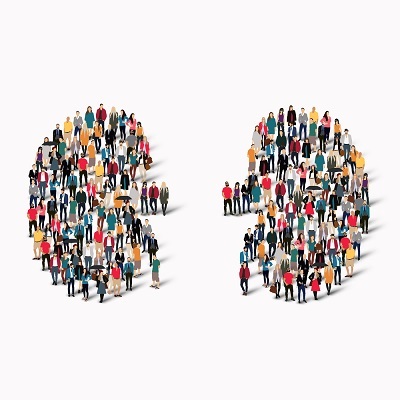 How should we understand the will of deceased organ donors, and what would the impartial spectator have to say about obtaining said consent?
Kidneys for transplantation can be recovered from living and deceased donors. In a previous post at Speaking of Smith, we discussed the main developments of the Kidney Exchange System that has expanded the possibilities for kidney living donation. An important source of kidneys for transplantation comes from the undirected generosity of people who are willing to donate their organs after they die. In the U.S., kidney transplants with kidneys procured from deceased donors account for over 70% of the total.


An organ procurement system from deceased donors must establish a nonaction default rule, that is, a condition that is imposed when the will of a deceased potential donor is unknown. There are two main systems to determine whether the organs will be removed for transplantation or not when the will of the potential donor is unknown: Informed Consent (nobody is an organ donor without registering to be one) and Presumed Consent (people are organ donors unless they register not to be).


A system of informed consent, with a proactive choice to donate, is consistent with Adam Smith's view that:

Nature, when she formed man for society, endowed him with an original desire to please, and an original aversion to offend his brethren. She taught him to feel pleasure in their favourable, and pain in their unfavourable regard. She rendered their approbation most flattering and most agreeable to him for its own sake; and their disapprobation most mortifying and most offensive.

But this desire of the approbation, and this aversion to the disapprobation of his brethren, would not alone have rendered him fit for that society for which he was made. Nature, accordingly, has endowed him, not only with a desire of being approved of, but with a desire of being what ought to be approved of; or of being what he himself approves of in other men. The first desire could only have made him wish to appear to be fit for society. The second was necessary in order to render him anxious to be really fit. (TMS, 3.3)

The United States has an informed consent system, requiring consent for deceased donation, either by the individual having previously registered as an organ donor or by the deceased’s next of kin. According to the 2019 National Survey of Organ Donation Attitudes and Practices, 90% of adults support organ donation but only 60% are actually signed up as donors. A major obstacle to increasing deceased donations is the need to get the consent of surviving family members when the will of the donor is unknown.


A policy that has been proposed to boost deceased organ donations is to shift the default rule for deceased organ donations from an Informed Consent to a Presumed Consent System. There is evidence that the choice of the default to determine whether a deceased individual is a donor in the case that her will is unknown could affect the decision of potential donors and their families. Eric Johnson and Dan Goldstein (2003) find that in countries that have a presumed consent system, very few people chose to opt out.


About this implicit presumption of benevolence to remove the organs of a person that has “sit still” on taking a decision and “did nothing,” in a Section “Of Justice and Beneficence“ of the Theory of Moral Sentiments Adam Smith sustains that:

The man who barely abstains from violating either the person or the estate, or the reputation, of his neighbours, has surely very little positive merit. He fulfils, however, all the rules of what is peculiarly called justice, and does every thing which his equals can with propriety force him to do, or which they can punish him for not doing. We may often fulfil all the rules of justice by sitting still and doing nothing. (TMS, 2,ii,1)

In their book Nudge (2008), Richard Thaler and Cass Sunstein warn that to preserve individual freedom, it is key to facilitate the opt-out mechanism: “Under this policy, all citizens would be presumed to be consenting donors, but they would have the opportunity to register their unwillingness to donate, and they could do so easily. We want to underline the word easily, because the harder it is to register your unwillingness to participate, the less libertarian the policy becomes.”


Another policy alternative is a “mandated choice,” where people is required to make a yes or no decision regarding donation (without giving an option to not answer or to postpone the decision), for example, when they renew their driver license or when they vote. In a paper with the revealing title “Don’t Take ‘No’ for an Answer,” using experimental and observational data Judd Kessler and Alvin Roth (2014) find that switching from an opt-in to a “mandate choice” frame do not increase registration rates and may even decrease them.


The “prompted choice” approach appeals to the idea of exposing people (potential donors and their families) to the eye of the impartial spectator:

It is reason, principle, conscience, the inhabitant of the breast, the man within, the great judge and arbiter of our conduct. It is he who, whenever we are about to act so as to affect the happiness of others, calls to us, with a voice capable of astonishing the most presumptuous of our passions, that we are but one of the multitude, in no respect better than any other in it; and when we prefer ourselves so shamefully and so blindly to others, we become the proper objects of resentment, abhorrence, and execration. It is from him only that we learn the real littleness of ourselves, and of whatever relates to ourselves, and the natural misrepresentations of self-love can be corrected only by the eye of this impartial spectator. It is he who shows us the propriety of generosity and the deformity of injustice; the propriety of resigning the greatest interests of our own, for the yet greater interests of others, and the deformity of doing the smallest injury to another, in order to obtain the greatest benefit to ourselves. It is not the love of our neighbour, it is not the love of mankind, which upon many occasions prompts us to the practice of those divine virtues. It is a stronger love, a more powerful affection, which generally takes place upon such occasions; the love of what is honourable and noble, of the grandeur, and dignity, and superiority of our own characters. (TMS, 3.2)

For those readers interested in learning more about the registration process and how to sign up to be a donor, here is a link to https://www.organdonor.gov/sign-up.


Related Links:
Walter Castro and Julio Elias, Adam Smith and the Market for Kidneys
Sally Satel on Organ Donation, an EconTalk podcast at Econlib
Kathryn Shelton and Richard McKenzie, How Free-Market Kidney Sales Can Save Lives- and Lower the Total Cost of Kidney Transplants at Econlib