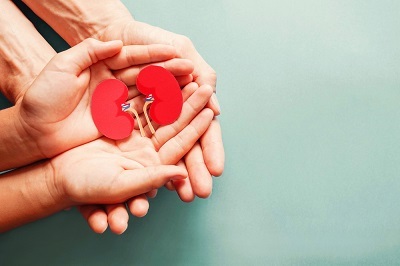 Adam Smith maintained that altruism is more important towards those close to us, like families and friends, and that “Every man is, no doubt, by nature, first and principally recommended to his own care; and as he is fitter to take care of himself than of any other person, it is fit and right that it should be so (TMS, 2,ii,2).” Taking this into account, Smith found reciprocity as mechanism that promotes benevolence towards others and supports cooperation.
In a previous post at Speaking of Smith, we discussed default rules of deceased organ donation. In the U.S., kidney transplants with kidneys procured from deceased donors account for over 70% of the total. Even though 90% of adults support organ donation, only 60% are actually signed up as donors. While monetary incentives are forbidden by law, people may be motivated to register as a deceased donor for many reasons, including altruism, warm glow, reciprocity, social recognition, and social pressure. Economists have designed different systems to promote organ donation appealing to these different types of potential donors´ motivations, without using money payments.


Adam Smith maintained that altruism is more important towards those close to us, like families and friends, and that “Every man is, no doubt, by nature, first and principally recommended to his own care; and as he is fitter to take care of himself than of any other person, it is fit and right that it should be so (TMS, 2,ii,2).” Taking this into account, Smith found reciprocity as mechanism that promotes benevolence towards others and supports cooperation:

Of all the persons, however, whom nature points out for our peculiar beneficence, there are none to whom it seems more properly directed than to those whose beneficence we have ourselves already experienced. Nature, which formed men for that mutual kindness, so necessary for their happiness, renders every man the peculiar object of kindness, to the persons to whom he himself has been kind. Though their gratitude should not always correspond to his beneficence, yet the sense of his merit, the sympathetic gratitude of the impartial spectator, will always correspond to it. The general indignation of other people, against the baseness of their ingratitude, will even, sometimes, increase the general sense of his merit. No benevolent man ever lost altogether the fruits of his benevolence. If he does not always gather them from the persons from whom he ought to have gathered them, he seldom fails to gather them, and with a tenfold increase, from other people. Kindness is the parent of kindness; and if to be beloved by our brethren be the great object of our ambition, the surest way of obtaining it is, by our conduct to show that we really love them. (TMS,6,ii,1)

Under the U.S. organ allocation system, the priority to receive a kidney from a deceased donor is based on many different factors, including waiting time and the survival benefit from the transplant (starting in 2015). One way to incent registration is to promote reciprocity by giving highest priority on the organ donor waiting lists to those who previously registered as donors than non-registered donors.


Under this system, registered donors are rewarded by priority on the list and unregistered donors are penalized, providing incentives for people to register as donors. Following Adam Smith, under the priority rule system, the reciprocity principle is fulfilled for both the positive and the negative:

Actions of a beneficent tendency, which proceed from proper motives, seem alone to require a reward; because such alone are the approved objects of gratitude, or excite the sympathetic gratitude of the spectator.

Actions of a hurtful tendency, which proceed from improper motives, seem alone to deserve punishment; because such alone are the approved objects of resentment, or excite the sympathetic resentment of the spectator. (TMS, 2,ii,1)

It is what the impartial spectator would indicate: “As every man doth, so it shall be done to him, and retaliation seems to be the great law which is dictated to us by nature. Beneficence and generosity we think due to the generous and beneficent (TMS, 2,ii,1).

Using a laboratory experiment, economists Jud Kessler and Alvin Roth (2012) find that “an organ allocation policy giving priority on waiting lists to those who previously registered as donors has a significant positive impact on registration.” This kind of donor-priority system has been implemented in Singapore since 1987, in Israel since 2008, in Chile since 2013, and more recently in China since 2018.


Adam Smith didn´t take reciprocity for granted and believed in the importance of incentives. Kessler and Roth (2014) identify and evaluate loopholes that may undermine donation in a priority system. A potential drawback of the system that they analyze, related to the public good nature of the donor pool, is free riding: people may wait until they needed an organ to register as a donor, or may register as donors to receive priority but instruct their next of kin, or other third party, to prevent their organs from being donated upon death, if the system allows it. To avoid the former is relatively simple, in Israel individuals only get priority three years after they join the registry.


Another drawback of the system is that people who are more likely to need an organ in the future have the highest incentives to register as a donor. This could create a reduction in the quality of the deceased organ supply. Li, Riyanto and Xiu (forthcoming at JEBO) analyze this problem and propose imposing a waiting time (a “Freeze Period”) during which donors are not given priority for a transplant until the waiting period expires. Using a model and an experiment they show that using a Freeze Period improves the quality of the organ supply.


In 2008, Israel implemented a priority rule that not only grants priority to those who previously registered as organ donors themselves, but also to candidates on the waiting list who are first-degree relatives of deceased organ donors. Stoler et al (2016) evaluated the impact of this law and found that the authorization rate for deceased donation was substantially higher after people were aware of the new law and reached an all-time high rate of 60% in 2015.


For those readers interested in learning more about the registration process and how to sign up to be a donor, here is a link to https://www.organdonor.gov/sign-up.


Sally Satel on Organ Donation, an EconTalk podcast at Econlib


Kathryn Shelton and Richard McKenzie, How Free-Market Kidney Sales Can Save Lives- and Lower the Total Cost of Kidney Transplants at Econlib