How to Get Rich by Not Influencing People

A Modern Lawyer and Smith’s Lectures on Jurisprudence, Part 4 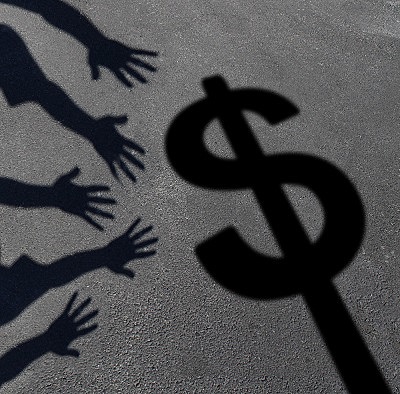 Clark Neily for AdamSmithWorks
Adam Smith’s second lecture on jurisprudence is titled “Of Police,” but there are no horse-and-buggy chases, no undercover laudanum busts, and nobody rats out Tristram Shandy for a shorter stint in the stockade. According to Smith’s contemporaneous usage, the term “police” really means policy, and it boils down to trash removal (no kidding), crime prevention, and, of particular concern, “the most proper way of procuring wealth and abundance.” [487]. “Opulence,” one can almost hear Smith saying in his posh Scottish brogue, “We hae’it.”


So what is the secret to ensuring abundance—or at least creating the optimal conditions for it? Simple, says Smith: Government protection of unequal wealth. Wait a minute—hold the semaphore: Did Adam Smith really say the best way to increase gross domestic product is for the government to sanction wealth inequality? He did indeed. According to Smith, “Law and government...seem to propose no other object but this, they secure the individual who has enlarged his property, that he may peaceably enjoy the fruits of it. By law and government all the different arts flourish, and that inequality of fortune to which they give occasion is sufficiently preserved.” [489 (emphasis added)]
The point of protecting unequal distributions of wealth is not, of course, to promote inequality for its own sake. Instead, the point is to ensure that people are appropriately rewarded for engaging in the sort of behavior most conducive to the production of wealth, starting with specialization. Accordingly, because “[i]t is the division of labour which encreases the opulence of a country,” it should be the “police” (read: economic policy) of government to encourage and reward it. [489]
The remainder of Smith’s lecture on the Police represents a compendium of tax, trade, and fiscal policy best practices that helped make Great Britain and America wealthy beyond imagination, and for which both countries now show increasing—and alarming—disregard.
Do price controls, professional guilds (aka occupational licensing), or government-conferred monopolies benefit society? Hardly, says Smith. “All monopolies and exclusive priviledges of corporations, for whatever good ends they were first instituted, have the same bad effect.” [529] By arbitrarily restricting trade, these institutions artificially raise prices with no corresponding public benefit. Thus, “[w]e may observe that whatever police tends to raise the market price above the natural [price], tends to diminish public opulence.” [497].
What about export controls? Nope. According to Smith, many European countries tried to prevent famines by “prohibit[ing] the exportation of [grain],” a policy that backfired and ended up being “the cause of all that dearth that it [was] intended to prevent.” [525]. By contrast, the grain in Holland is “cheaper and plentyer than any where else, and a dearth is there unknown. … This is entirely owing to the free export and import they enjoy.” [526] And as many American farmers were recently reminded courtesy of the Trump tariffs, “[a]ll taxes upon the exportation and importation of goods also hinder commerce,” which is why the rest of us are kicking in an extra $16 billion in farm subsidies this year.
In sum, the best way to create wealth is simply to leave people alone and remember that regulatory interventions frequently produce the precise opposite of their intended effect. The Bible tells us that “pride goeth before destruction, and an haughty spirit before a fall.” So what cometh before opulence? Humility, Smith intones—humility.