Adam Smith’s Critique of the Public’s Scrutiny of the Poor: Part I 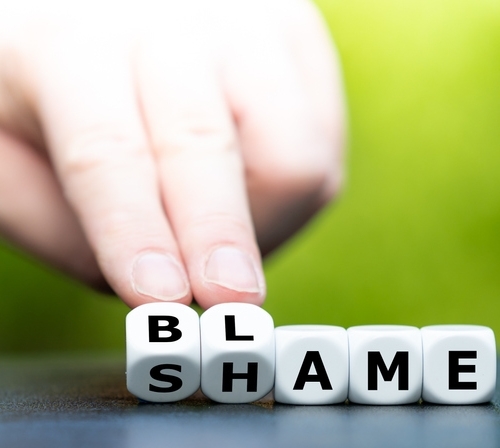 People living in poverty did not need to actually partake in any undesirable or immoral activity to be the target of public contempt and disdain. Smith’s discussions of how differently people tend to view and judge the wealthy and the poor is key to understanding his theory of moral spectatorship.
Concerns that claimants might abuse public service programs underlie myriad surveillance mechanisms embedded within those services. From derisions of “welfare queens” popularized by the media and former President Reagan to recent reports that Senator Joe Manchin worried that recipients of recently expanded child tax credits would use the money to buy drugs, assumptions of the untrustworthy moral character of people living in poverty have long permeated American policy debates. As Khiara M. Bridges puts it in her book The Poverty of Privacy Rights people living in poverty do not merely experience violations of their privacy rights but fundamentally lack privacy rights in the United States. Black feminist scholarship, such as Patricia Hill Collins’s theory of how American discourses concerning the Black “welfare mother” move “the angle of vision away from structural sources of poverty and blames the victims themselves” (2009, 87), is essential to understanding the subjugation of communities along the dimensions of race, gender, and class today.
Yet criticisms of society’s treatments of people living in poverty can also be traced further in time to Adam Smith’s writings. Revisiting Smith’s arguments illuminate both the role of socioeconomic inequality in Smith’s theory of moral spectatorship and offer a normative framework through which to criticize the stigmatizing discourses and surveillance mechanisms that target people living in poverty today.
Central to Smith’s Theory of Moral Sentiments (originally published in 1759) was the idea of the impartial spectator, a model of moral judgment reminiscent of the conscience. Experiences of observing and being observed by other people inspired us to develop an inner perspective of how a third-party would judge our behavior, such as our emotional expressions, which we would also aspire to use to judge others. But while he argued that moral judgment relied on spectatorship––experiences of observing and being observed by others––Smith was deeply concerned with the unreliability of spectators’ judgments and the harms of obligatory public exposure, particularly with respect to how differences in social status influenced spectators’ judgments.

Smith opened his chapter, “On the origin of Ambition, and the distinction of Ranks,” by proclaiming that, because people more readily sympathize with others’ happiness than their sadness, “we make parade of our riches, and conceal our poverty.” Indeed, Smith went on to explain the humiliating nature of being observed and judged by unsympathetic spectators, writing, “Nothing is so mortifying as to be obliged to expose our distress to the view of the public, and to feel, that though our situation is open to the eyes of all mankind, no mortal conceives for us the half of what we suffer” (I.iii.2.1).   It is precisely in difficult times, when people might most seek the aid of others, that they are particularly anxious about how they appear to them. Alternatively, the “rich man glories in his riches, because he feels they naturally draw upon him the attention of the world” (I.iii.2.1).  Socioeconomic inequality, defined in Smith’s context in terms of formal privileges like aristocratic titles but also wealth, shaped spectators’ judgments, and, consequently, how people anticipate being seen and judged by others.
Why did Smith consider people eager to conceal poverty? Partly, the public tends to ignore those they consider “lower” than them (Rasmussen 2016). However, Smith also clearly criticized the public’s tendency to scrutinize those in poverty. He complained of “superficial minds” who snub many evident virtues of the poor, such as “their parsimonious frugality, painful industry, and rigid adherence to the rules.” Instead, the members of the public often “suppose” people living in poverty to instead have “many great vices … such as an abject, cowardly, ill-natured, lying, pilfering disposition” (V.2.3, 201).

In the sixth edition of the book, published in 1790, Smith added a chapter on how the public’s tendency to disproportionately admire the wealthy and great and “despise” those occupying lower socioeconomic ranks was “the great and most universal cause of the corruption of our moral sentiments” (I.iii.3.2). Reiterating his earlier articulation of the public’s mistaken censure of people living in poverty, Smith argued, “we see frequently the vices and follies of the powerful much less despised than the poverty and weakness of the innocent” (I.iii.3.2). People living in poverty did not need to actually partake in any undesirable or immoral activity to be the target of public contempt and disdain.
Smith’s discussions of how differently people tend to view and judge the wealthy and the poor is key to understanding his theory of moral spectatorship. In a follow-up post, I will show how Smith’s arguments resonate with criticisms of how political rhetoric and surveillance-based policies disproportionately target people living in poverty today.

Want to Read More?
Kristen Collins' article: Observed without Sympathy: Adam Smith on Inequality and Spectatorship
Jon Murphey's Speaking of Smith post: Why Do We Admire Celebrities?
Dennis Rasmussen's article: Adam Smith on What Is Wrong with Economic Inequality