Smith on Sympathy and the Loss of Reason 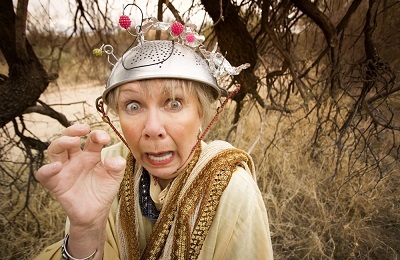 
In contrast, spectators in possession of the faculty of reason cannot partake in the feelings of people who have lost that capacity. Spectators do not identify with or share the feelings of the suffering party that is being observed. The suffering individual lacks the ability to appreciate appropriately the situation that he is in. Compassion for that person must arise from another source. Smith explains, “The compassion of the spectator must arise altogether from the consideration of what he himself would feel if he was reduced to the same unhappy situation, and, what perhaps was impossible, was at the same time able to regard it with his present reason and judgment.” (TMS: 12)
This is a thought-provoking and somewhat confusing argument about the operations of sympathy and the origins of compassion for individuals who have lost the use of reason. Let’s unpack it. A spectator uses his imagination to project what he might feel if he were in the situation of the person who has lost the capacity to reason. Given the spectator’s perspective as someone with the capacity for reason, his imagined response to the situation conflicts with what he sees, leading the spectator to judge as inappropriate the observed response. Feelings naturally arise, even though the normal feedback loop between the actual feelings of others and the spectator’s projected feelings through sympathy has been severed. Here there is no mutual sympathy between the suffering person and the spectator. There is no sharing of emotions through direct fellow-feeling.
What happens instead is our imagination leads us to share or sympathize with our feelings within ourselves, a process unlikely to bring us immediate pleasure, ease pain and suffering, or foster closer connections with others. This sympathetic imagining within oneself pushes us to confront a frightening truth: We are mortal and could one day, like the person we are observing, lose our sense of who we are and how we exist in the social world.


For spectators, inwardly directed sympathy for people who have lost the use of reason may cause uneasiness that carries important consequences: We are led to commiserate with the plight of such people who can no longer take care of themselves, which, in turn, leads us to feel compassion for them. Such compassion for those in this horrifying situation can motivate humans to feel and act benevolently towards others in the world.


Sympathy for Smith is a complicated phenomenon, one that uses more than one mechanism to promote sociability through our emotions and feelings. In situations where we cannot experience shared fellow-feelings with others, our inwardly directed sympathy still may produce feelings of benevolence and motivate us to actions that help people who cannot help themselves—behavior that may bind people emotionally together and strengthen the bonds of community.