A Return to Friends: The 2021 International Adam Smith Society Conference 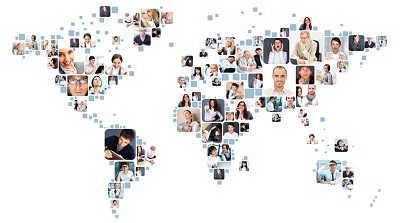 The conference proved to be a friendly exchange of ideas of which, one would suspect, Smith would have been proud. Indeed, the papers presented covered the breadth of Smith scholarship, just as the presenters covered the geographical breath of the members of the society.
The International Adam Smith Society meeting this year was a hybrid conference, with 28 participants registered online and 35 participants registered in-person, and a few walk-ins. The conference was hosted at the University of Wisconsin-Madison, organized by Michelle Schwarze (Department of Political Science). It counted 21 sessions, including two “authors meet critics,” and Samuel Fleischacker’s keynote plenary session on “Learning from Adam Smith in 2021”.


The conference proved to be a friendly exchange of ideas of which, one would suspect, Smith would have been proud. Indeed, the papers presented covered the breadth of Smith scholarship, just as the presenters covered the geographical breath of the members of the society. So, Robin Malloy, from The School of Law at Syracuse University (USA) submitted a paper analyzing “A Theory of Adam Smith’s Jurisprudence”; Jose de la Cruz Garrido, from the School of Government of the Universidad del Desarrollo (Chile), used Adam Smith’s insights on the human desire for social recognition to offer a possible explanation for the recent riots in Santiago de Chile (“The Psychology of Social Recognition by Adam Smith”); and Nina Serdarevic from the Center of Applied Research of the Norwegian School of Economics of the University of Bergen (Norway) explained alleged irrational choices in economic experiments with the Smithian framework of praiseworthiness and blameworthiness (“Choosing Less Over More Money: the Love of Praiseworthiness and the Dread of Blameworthiness in One-Player Games”). From the Department of Philosophy and Economics of the Pontifica Universidad Catolica Argentina  (Argentina). Alvaro Perpere showed how Smith’s views on usury fit in the long tradition of the Franciscan Scholastic economic thought in his paper “Can the Franciscan Scholastic Tradition on Economic Thought Help us Understand Smith’s Ideas on Capital and Usury?”.  With her English literature background, AdamSmithWorks’ own Sarah Skwire (Liberty Fund, USA) explained the grammatical meaning of “as if” and how its use affects the sense of a sentence in “As if: clueless about the Invisible Hand”. And even Toshiaki Ota, from the faculty of Humanities and Social Sciences at Kumamoto University (Japan) bravely faced a 14 hour time difference to present his paper on “On the Roles of Judges in Adam Smith’s Jurisprudence.”


The society counts around 230 members from North, Central, South America, Europe, and Asia. Its current board is composed by members from the United Stated, Chile, Colombia, The Netherlands, the United Kingdom, and Japan. Its conferences rotate in different parts of the world to foster and encourage participation of its diverse membership. The 2020 conference was to be held in Tokyo, Japan (but had to be cancelled at the last minute due to Covid-19). The 2022 conference will be in Bogota, Colombia, on July 11-14.