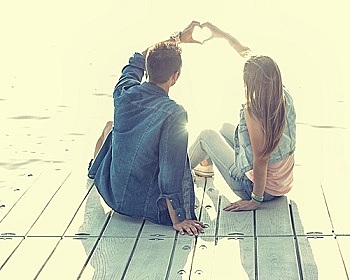 1st When mean objects are exposed by considering them as Grand, or 2dly when Grand ones or such as pretend or are expected to be so, are ridiculed by exposing the meanness and the littleness which is found in them. Swift has chosen the former and Lucian the latter of these sorts.


In what follows, Adam Smith examines the style of expression of sentiments as it matches the respective character of each author, one ancient and one modern, before concluding that “…both together form a system of morality from whence more sound and just rules of life for all the various characters of men may be drawn than form most set systems of morality.” (i.125) Smith is known for being sometimes highly idiosyncratic or excessive in his statements. Following Ryan Hanley’s insightful paper Style and Sentiment: Smith and Swift, I’m inclined to think that this bold statement contains more meat than a simple rhetorical crescendo of a kind. It touches on Smith’s moral project as well as his social theory.

The category of ridicule emerges in different loci of Smith’s oeuvre. The distinction between passions taking their origin in the body and “those passions which take their origin from a particular turn or habit of the imagination” (Theory of Moral Sentiments I.ii 1-2) leads to an idiosyncratic Smithian treatment of love. While a growing number of scholars scrutinize the peculiar treatment of love in TMS, (Griswold and Den Uyl, L. Brubaker, M. Nussbaum, R. Hanley) very few shift their attention to Smith’s repetition of the term ridiculous or the expression “always laughed at”. To a certain extent, Swift’s above mentioned grave ridiculing of pretentious littleness seems to fully apply here.

It is correctly pointed out that Adam Smith condemns love for being exclusive and rejecting any alternative sociability. To be sure, the trope of ridicule can be viewed as rhetorically helpful to spot an important lack in a lover’s character that is indifference to spectators, let alone the impartial spectator. In this vein, Smith points to the impermeability, the quasi 'autism' of lovers who live in their own exclusive world, indifferent to the sympathy of others, self-absorbed free-riders in the social sympathetic exchange. However, the situation is more complicated than it may appear at first glance.

Although psychologically insulated, ultimately lovers do attract an enormous amount of spectatorial sympathy. Insofar carefully represented, the autistic world of lovers exerts a form of attraction. Once on stage or in page, the condition of lovers is considered as a state of “pastoral tranquility”, the “Fortunate islands”, in other terms a state of an Aristotelian autarchic happiness, “free from labor and from care.” (TMS, I.ii.2)  In this context, improper and ridiculous become almost interchangeable.

In the previous chapter of the TMS (I.ii.1) some Greek tragedies are criticised by Smith for their attempt to excite compassion by representing bodily pain. At this juncture, Smith’s sarcasm is at its best: “What a tragedy would that be of which the distress consisted in a colic! Yet no pain is more exquisite.” By the same token a scene of “perfect security” and imperturbable bliss “would excite laughter, and not sympathy.” (TMS, I.ii.3) The spectator sympathizes with any passion that risk to spoil lover’s anticipation of “perfect happiness” such as “anxiety”, “concern”, “distress.”


Some possible questions for discussion:

1. How would you characterize Smith's feelings about romantic love? (It might be helpful to revisit our Brief Biography of Smith.)

2. Is ridicule always negative? Is the way Smith uses ridicule consistent with the way we think of ridicule today?

3. Does being in love really decrease the amount of sympathy you have available for others?

Cool topic. I've always found Smith's account of love quite accurate and the idea of the folie a deux captures his sense that sympathetic oddities are afoot in love. This also seems to be the launch point for romantic comedies at the movies.

I'm not sure if Smith spoke about the institution of marriage but I imagine he'd argue that it repairs the sympathetic rupture of love by formalizing the lovers into roles or parts that have been repeated by billions of people down through the centuries.

The solidarity offered by institutions seems to play an important role in Smith. There is a great passage discussing Louis XIV where Smith argues that but for the institution of the French monarchy Louis's speech and deportment, which were odd and contrived, would have been ridiculous: "He had a step and a deportment which could suit only him and his rank, and which would have been ridiculous in any other person" (TMS, 54).

excellent point! indeed he goes out of his way throughout the relevant chapters *TMS I.iii.ii–iii to spell out the institutional framing of the passion due to a "certain turn or habit of imagination". Put in context, the Old regime's hierarchical rigidities offer no possible way of imitating aristocratic manners other than to turn oneself ridiculous. In the wake of Molière and later Beaumarchais, Smith elaborate on the socially and morally corrupting and disruptive function of ridiculous nouveau riches. My point was to underline the extent to which Smith worries about the emerging middle classes aping aristocratic manners qua a social class and not as individual disgraced losers. French monarchical institution is quite an "unnatural and retrograde" one, to paraphrase Smith's own terminology in the Wealth of Nations. Yet it gives a meaning to ceremonial superficialities that would have been impossible to preserve in other contexts

Interesting post. That chapter on love never sat right with me. However, regarding your question #3, I don't think Smith is saying being in love decreases sympathy for other people, at least not any more or less than other passions (if we assume sympathy is a scarce resource). But, like everything, there is certain propriety involved. Smith talks about all the "strong and serious expressions of [love]" are subject to ridicule (pg. 31.1). I interpreted this chapter as dealing primarily with public displays of affection or excessive interest in the lover.

I think the final paragraph of the chapter drives home this point where he states we need a certain reserve when talking to people outside our profession, even if they are friends. They simply will not enter into our strong passions of the things we love. To paraphrase the last sentence of the chapter, but applying it to myself: "An economist is company to an economist only; the member of a club, to his own little knot of companions." My roommate and I (also an economist) will argue and debate and talk about so many things that to the Impartial Spectator likely mean nothing in the grand scheme of things, but it means a lot to us. To have these discussions around friends rightly brings their laughter. But I don't think that means we have less sympathy for them. Why, that laughter may be a way of bonding with us! But, if it is excessive, then it can get boring and no one will want to hang out with us.

I hope I am not missing your point