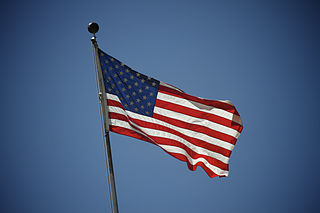 There is much for the modern day Smithian to consider in Professor Steven B. Smith's new book, Reclaiming Patriotism in an Age of Extremes.
“Patriotism,” Samuel Johnson famously quipped, “is the last refuge of the scoundrel.” Many people, especially academic elites, agree with this prognosis. The loyalty to a specific nation required by patriotism strikes them as, at best, unenlightened sentimentality, revealing both a lack of empathy and disregard for reason. At worse, critics of patriotism see it as a crass and vulgar Manicheanism, resulting in a continuous cycle of zero-sum competition, xenophobia, and violence. To paraphrase James Joyce, patriotism is the nightmare from which we are trying to awake. In the face of such skepticism, patriotism requires a bold champion to offer a passionate defense.
Enter Dr. Steven B. Smith.
A professor of political science and philosophy at Yale, Smith’s recently published book, Reclaiming Patriotism in an Age of Extremes, is a philosophically rich and historically informed defense of patriotism for a specifically American context. However, both Americans and non-Americans alike would benefit from reading Smith’s book. The sheer amount of learning contained within its 200 pages of text is staggering. Such a work could only be produced by a lifetime of reading, writing, and teaching. In lucid and crisp prose, Smith refutes the above charge of patriotism as the domain of a “scoundrel.” One wishes Dr. Johnson were around to rethink his accusation.
Debates around patriotism echo through the ages. Smith calls patriotism “possibly our most contested virtue.” Little wonder then the heart of Smith’s book is a journey through intellectual history, from ancient times to the modern era. The diverse number of thinkers and writers engaged, from patriotism’s staunchest detractors to its greatest champions, stands out as one Smith’s most impressive accomplishments in the book. To appreciate this, one need only flip to the index and notice Bruce Springsteen separates Spinoza and Stalin (rare as it is to see Stalin and Springsteen on the same page; in New Jersey, The Boss has a cult of personality that rivals Stalin’s at the height of his power).
One thinker Steven Smith spends time examining, mostly in chapter three, “Patriotism, Ancient and Modern,” is Adam Smith. Those interested in Adam Smith should extend a hearty thanks to Steven Smith for including a discussion of this sometimes-neglected aspect of Professor Smith from Glasgow’s thought (in fairness I should add Steven Smith is the Professor Smith from Chicago). The two Professor Smiths’ views on patriotism share many similarities. Each illuminates the other.
“Patriotism is above all a form of loyalty” to a specific nation. This belief forms a central part of Steven Smith’s defense of patriotism. This “loyalty” arises from a natural love, like love one has for family, resulting in a sense of “gratitude” for the “particular.” Adam Smith understood this “loyalty” to a specific nation comes naturally, writing in The Theory of Moral Sentiments  (TMS):

“The state or sovereignty in which we have been born and educated, and under the protection of which we continue to live, is, in ordinary cases, the greatest society upon whose happiness or misery, our good or bad conduct can have much influence. It is accordingly, by nature, most strongly recommended to us. Not only we ourselves, but all the objects of our kindest affections, our children, our parents, our relations, our friends, our benefactors, all those whom we naturally love and revere the most, are commonly comprehended within it; and their prosperity and safety depend in some measure upon its prosperity and safety.”

Steven Smith contrasts Adam Smith’s views on patriotism with Rousseau and Montesquieu, noting Adam Smith “assumed modern complex societies in which inequality and social differentiation are the norm.” Steven Smith argues Adam Smith’s theory of patriotism is defined by two principles. TMS contains a succinct explanation of these principles: “The love of our country seems, in ordinary cases, to involve in it two different principles; first, a certain respect and reverence for that constitution or form of government which is actually established; and secondly, an earnest desire to render the condition of our fellow-citizens as safe, respectable, and happy as we can.”
This understanding of patriotism rests on a sense of “gratitude” for our societal and national inheritance, seeking neither to squander it nor becoming complacent when it needs reform. This patriotism firmly rejects the notion of “my country, right or wrong.” Indeed, near the end of the book, Steven Smith provides the full quote. It came on the floor of the U.S. Senate when Carl Schurz, a German refugee who served as a Union general and became a senator from Missouri, was accused of “being insufficiently patriotic.” Schurz responded, “My country right or wrong. If right, to be kept right; if wrong to be set right.” I think Adam Smith would appreciate this statement.
Both Professor Smiths are aware of the dangers of patriotism morphing into nationalism. Steven Smith takes great pains throughout his work to argue patriotism is a virtue different from the vice of nationalism, but he admits “Nationalism is not patriotism’s exact opposite but a deformation of the patriotic spirit.” Adam Smith notes in TMS that “The love of our own country seems not to be derived from the love of mankind. The former sentiment is altogether independent of the latter, and seems sometimes even to dispose us to act inconsistently with it.”
The danger of patriotic love becoming distorted into hubristic nationalism does not mean we should discard patriotism. Instead of fighting the natural love we hold for our country, we should ensure this love grows from the particular to universal. Nationalists want the former at the expense of the latter. Cosmopolitans, the group along with nationalists Steven Smith identifies as the chief opponents of patriotism, seek universal love of humankind at the expense of the local. Adam Smith reminds us however of our spheres of love start with our immediate family and grow from there. Love for the species will be diminished if one cannot first love their own family. Steven Smith’s patriotism, unlike nationalism or cosmopolitanism, requires prudence, moderation, and humility.
For Americans, Adam Smith’s understanding of patriotism may seem familiar. Steven Smith notes that “[Adam] Smith’s case for a humane and benevolent patriotism found expression in the American experience.” At its best this patriotism ensures citizens are active in shaping the political life of the nation. Adam Smith famously asserted “Man naturally desires, not only to be loved, but to be lovely.” The patriotism defined and defended by Steven B. Smith takes this observation and applies it on a larger scale. Adam Smith’s friend Edmund Burke put it best, “To make us love our country, our country ought to be lovely.”
Critics of patriotism fail to appreciate that the natural love of our country results in a desire for the country “to be lovely.” In the case of Americans, we not only want our country worthy of affection from American citizens but from citizens around world. To acquire this affection, Americans should continue to debate and argue about their country. In a striking passage, Steven B. Smith writes “American patriotism is not only a statement of who we are, but also an aspiration to what we might become. To be an American is to be continually engaged in asking what it means to be an American.” By doing so Americans enter a conversation going back to the Founding, a conversation that has continued ever since. And as many Founders knew then and as Steven B. Smith understands today, this conversation is greatly enriched by reading and studying Adam Smith.
Related Links: