Three Ways of Looking at the Water-Diamond “Paradox” 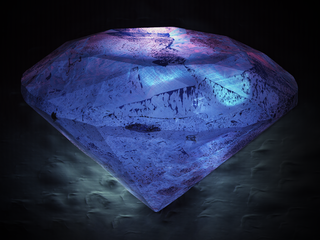 How should students and scholars think about Adam Smith's comparison of the worth of water to that of diamonds? Virginia Tech Economics Professor Kwok Ping Tsang shares three ways of looking at it below.

Other than the pin factory and the butcher, the water-diamond paradox is probably something most students have learned that is from Adam Smith. The usual way it is taught is linking it to the idea of marginal value (or, somewhat misleadingly, marginal utility).  We all rely on water to survive, but since there is plenty of it, its marginal value to us is low and hence we do not pay much for it.  We do not need diamonds to survive but we do like the look of them, and since there is not much of it out there, our marginal value for them is high and they end up costing us a fortune.
The subtext here is that economics has improved a great deal since Smith’s time.  Since he did not know how to think about things at the margin, he was puzzled and confused by his observations. Since we know how to do some math and draw some graphs, we are no longer intrigued by water and that diamond.
There is another way to look at the “paradox.” Under this view, Smith got himself into trouble at a more fundamental level: without specifying how we are measuring water, and without knowing what sort of diamond that is, the comparison is just meaningless. Are we talking about a bottle of water or a whole reservoir of it? Are we talking a flawless or included diamond? By changing the unit, we can easily make water more valuable in exchange value.
Even when we agree on the units of measurement, the discussion is still somewhat pointless. If value is subjective, who are we to judge that people somehow have a preference for one type of stones than the others?  Smith just forgot the admonition that “de gustibus non est disputandum”, and it took about 100 years for economists to acknowledge that wisdom. For some reason, this way of looking at the “paradox” is not included in textbooks as often as the previous one.
Both approaches to the “paradox” have a flavor of presentism, imposing on Smith certain ideas of the present-day.  I would like to suggest a third way of understanding the “paradox”, a way that is arguably closer to what Smith had in mind and fits better in his grand scheme of things.
Remember that other than the diamond in The Wealth of Nations, Smith also mentions other fancy things in The Theory of Moral Sentiments.
For example, in Part IV of that book, Smith discusses how we value utility as a form of beauty and makes use of the example of a watch that tells better time.

“A watch, in the same manner, that falls behind above two minutes in a day, is despised by one curious in watches. He sells it perhaps for a couple of guineas, and purchases another at fifty, which will not lose above a minute in a fortnight.” (The Theory of Moral Sentiments, Part IV, Chapter I)

Even though our lives are not changed that much by having a watch that is more accurate (we are still a few minutes late for our work meeting), we are willing to pay so much more for that better watch.  What we value is not the utility it actually gives us but the appreciation of all the functions, intricacies, and other potential uses of that cleverly-designed machine. We happily pay for the latest version of iPhone, but most of us probably end up using only a small proportion of its many features. Its value does not come from what it does but from what it can do.
Later on in that chapter, Smith explains why we also value things that are not even that sophisticated and clever and brings up the example of a palace.

“To one who was to live alone in a desolate island it might be a matter of doubt, perhaps, whether a palace, or a collection of such small conveniencies as are commonly contained in a tweezer-case, would contribute most to his happiness and enjoyment. If he is to live in society, indeed, there can be no comparison, because in this, as in all other cases, we constantly pay more regard to the sentiments of the spectator, than to those of the person principally concerned, and consider rather how his situation will appear to other people, than how it will appear to himself.” (The Theory of Moral Sentiments, Part IV, Chapter I)

We only have so much time to play with the latest gadgets, and we only need so much space to sleep at night. Hence, we do not care so much for a palace and other nice things if we live alone on an island. But when we coexist in a society with other people that we may or may not know, a palace becomes immensely valuable partly because it is something that others can see and admire. Why wear that latest (and somewhat uncomfortable) piece of fashion if people cannot recognize its famous designer?  Why drive that flashy sports car on a road with a speed limit of 40 miles per hour if people cannot tell it is from that Italian brand?
Some things are valuable as they allow us to show how magnificent we are.

“Their conveniency may perhaps be equally great, but it is not so striking, and we do not so readily enter into the satisfaction of the man who possesses them. They are therefore less reasonable subjects of vanity than the magnificence of wealth and greatness; and in this consists the sole advantage of these last. They more effectually gratify that love of distinction so natural to man.” (The Theory of Moral Sentiments, Part IV, Chapter I)

Let’s go back to that diamond in Smith’s other book.  Now we understand that the divergence of “value in use” and “value of exchange” partly comes from the beauty of the diamond, including all the skillful work that improves its quality and makes it sparkle.  It is the brilliance of the final product that makes people pay. The other part of the divergence comes from the presence of others, or nosy people who admire and envy that shiny piece on your finger.
For Smith, if the production of that diamond does not involve much intricacies and ingeniousness, or if we do not live in a society with many people watching our every move, the water-diamond “paradox” will go away.  That diamond will have “scare any value” in exchange, and the two different concepts of value will line up just fine.