Daniel B. Klein and Erik W. Matson for AdamSmithWorks 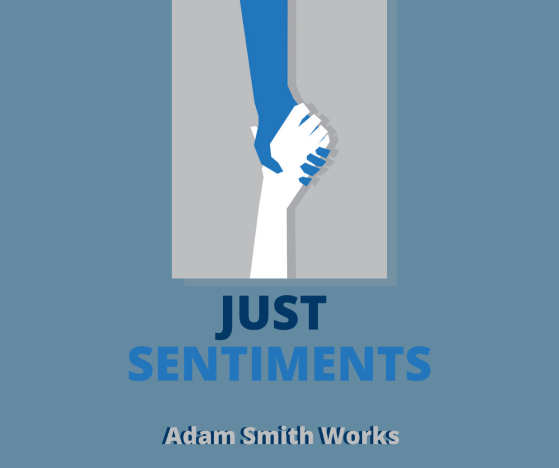 The first essay in our NEW series takes a close look at Adam Smith's language and the implications of those choices for understanding him and the world he is describing.

March 23, 2022
Abundantly does Adam Smith use “liberty” in The Wealth of Nations (WN).[1] “Liberty” usually means “allowing every man to pursue his own interest his own way” (WN 664.3). Smith sometimes adds an adjective, as in “perfect liberty” or “general liberty.”
And then there is “natural liberty,” which appears ten times. Ten is not a huge number. In fact, there are more occurrences of “perfect liberty”—sixteen. But the occurrences of “natural liberty” are significant. Most famous are those in the penultimate paragraph of Book IV:

All systems either of preference or of restraint, therefore, being thus completely taken away, the obvious and simple system of natural liberty establishes itself of its own accord. Every man, as long as he does not violate the laws of justice, is left perfectly free to pursue his own interest his own way, and to bring both his industry and capital into competition with those of any other man, or order of men. The sovereign is completely discharged from a duty, in the attempting to perform which he must always be exposed to innumerable delusions, and for the proper performance of which no human wisdom or knowledge could ever be sufficient; the duty of superintending the industry of private people, and of directing it towards the employments most suitable to the interest of the society. According to the system of natural liberty, the sovereign has only three duties to attend to… (WN 687.51, boldface added)

[1] Abbreviations to Smith’s works: References to The Wealth of Nations are to Smith (1981), abbreviated “WN” and followed by page and paragraph number. References to The Theory of Moral Sentiments are to Smith (1982b), abbreviated “TMS” and followed by page and paragraph number. References to Lectures on Jurisprudence are to Smith (1982a).
[2] The full title of TMS has become obscured, in large part because the editors of the Glasgow variorum edition chose to use the abbreviated title, against Smith’s own designation from the fourth edition onwards.
[3] https://johnsonsdictionaryonline.com/views/search.php?term=nature. Viewed on March 11, 2022.
[4] https://johnsonsdictionaryonline.com/views/search.php?term=natural. Viewed on March 11, 2022.
[5] Charles Griswold (1999, 311–17) lists seven.
[6] This paragraph and the next draw from Brubaker (2006, 338).