Reading the Wealth of Nations: Book 3 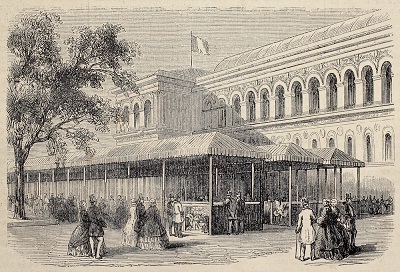 Near the outset of Book Three he refers to the natural progression of societal development as farming, followed by manufacturing, and finally by foreign trade. Yet in the very next paragraph he says that this order has been inverted in nearly every nation!
This fall, the Institute for Liberal Studies is hosting an online reading group for the Smith’s most famous book, An Inquiry into the Natures and Causes of the Wealth of Nations. Once a week, for eight weeks, we meet online to help each other better understand this important book with help from discussion leaders Amy Willis, Andrew Humphries, and Janet Bufton.


This week the subject of our discussion was Book Three, and our conversation covered nature, agriculture, manufacturing, cities, progress, and the institutions that bring about economic prosperity.


We began our conversation by addressing an apparent contradiction in Smith’s writing. Near the outset of Book Three he refers to the natural progression of societal development as farming, followed by manufacturing, and finally by foreign trade. Yet in the very next paragraph he says that this order has been inverted in nearly every nation!


This raises the question of what Smith means by "natural." It seemed to us that agriculture must develop before manufacturing, and that manufacturing will very likely occur before any substantial amount of foreign trade (which would require, or be greatly eased by, the use of manufactured tools).


Perhaps Smith is referring to the circular, rather than linear, development we might observe as a society develops. It is certainly not that the case that farming is invented and perfected, followed in turn by manufacturing and foreign trade. Rather, the development of manufacturing will allow for improvements in agriculture, and foreign trade will lead to improvements in both farming and manufacturing. Rather than a straight line of growth, we have a virtuous cycle in which each state of development benefits both the later stages AND the preceding stages.


Our conversation about the development of nations led into a discussion of Smith’s description of cities, and the competition between the city-dwellers and the lords who ruled in the countryside. According to Smith, property rights were more secure in the cities. So if a peasant living in the country was able to accumulate some wealth, he was likely to move to a city in order to protect his savings.


Meanwhile, the ability of a tenant farmer to accumulate wealth was limited. Smith points to short leases as a disincentive for farmers to invest in improvements in their land. The length of such leases in France was increased from nine years to twenty-seven about the time Smith was writing, and yet he judges even that period to be too short to encourage investment.


It’s easy to see how this competition between cities and the surrounding rural areas would create another virtuous cycle. With each person who brings their wealth to a city, the wealth of the city grows a little. Conversely, the power of the lords in the country will diminish a little as wealth (and the more productive peasants) seeks refuge in the city. As the cities grew, they became wealthier and more cosmopolitan. These were the places that people would go to trade, and where ambitious farmers might go in order to improve their lot in life. There is, naturally, the problem of how the cities can prevent being looted by lords envious of their wealth. The cities which could defend themselves would continue to grow, while those which could not would lose their appeal.


Modern social scientists would quickly recognize the benefits of this type of competition. The political institutions of the cities were superior to those in the country, and so this is where economic development was focused. It’s worth noting that Smith was writing on the cusp of the Industrial Revolution, and the process of wealth accumulation in cities is just getting started!