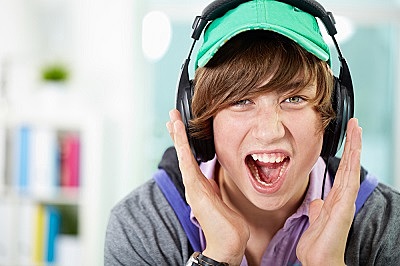 Can Adam Smith help???
Dear Mr. Smith,
I love my family, but I always end up dreading the holidays. It’s bad enough I have to eat tomato aspic, which Aunt Marge still considers the height of culinary sophistication. I also have to listen while cousin Joe regales everyone with stories about my awkward years.
And then there is Uncle Bob, who loves to opine on the latest political issue, banging the table with his spoon as he rants. Is it wrong to resent being lectured over politics or ridiculed for my teenage mullet? How can I survive the family gatherings with dignity intact?
Sincerely,
Family Guy

Dear Mr. Guy,
It is a hard fate to have unpalatable food as well as conversation. I’m an oyster man myself. Give me a dozen oysters and a bottle of claret, and I could listen to even Rousseau ramble on about his paranoid fantasies. But the aspic seems unusually cruel in addition to Bob’s lectures.
As I have long advised students and readers, extreme political factionalism such as Bob’s not only endangers nations but corrupts judgment. I even say in The Theory of Moral Sentiments,


But hardly anyone listens. From the eighteenth century to the present, countries and families have been torn apart by political feuds. Even your country, founded upon the union of people who wanted a better life, degenerated into bitter factions within two decades. And so only “a very few . . . preserve their judgment untainted by the general contagion” (III.3.43).
One reason is that political factions discourage candor. “The real, revered, and impartial spectator, therefore, is, upon no occasion, at a greater distance than amidst the violence and rage of contending parties” (III.3.43). So Uncle Bob’s rage is making him lose that ability to step outside of himself and judge his behavior or correct it.
But you still can. That’s why you’re writing, isn’t it?  You’re seeking a way to navigate family gatherings. And the solution is always to start by reflecting on what an objective bystander who knows your situation would think. Would the impartial spectator approve of you ranting away at Bob? Or would that impartial spectator urge you to focus on the moral and moderate response?
As for the anecdotes about your childhood, I’m afraid you’ll have to bear them in silence.  I never really escaped the rumors about gypsies kidnaping me when I was three. I recently  learned that one biographer, Mr. Rae, even suggested that I would have made “a poor gypsy.” One may resent such an aspersion, but the impartial spectator cautions moderation, perhaps even a smile.
Yours in fellow-feeling,


Editor's Note: Letters to the "Dear Adam Smith" column are not, of course answered by Adam Smith. He died in 1790. Letters are answered by Sarah Skwire, Caroline Breashears, and Janet Bufton. Advice is for the purposes of amusement and education about Smith's thought. We do our best, but caveat emptor and follow our advice at your own risk.