Ferguson on the Advancement of Civil and Commercial Arts 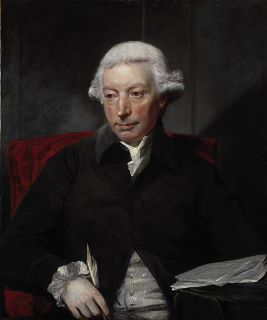 Part IV of a five-part #ReadWithMe on Adam Ferguson’s An Essay on the History of Civil Society.
In the second session of our recent Virtual Reading Group on Adam Ferguson’s History of Civil Society, we read parts 4 and 5, the Advancement of Civil and Commercial Arts and the Decline of Nations, respectively. In other posts (here, here, and here) I’ve shared some thoughts and conversation prompts on the previous sections.
In parts 4 and 5, Ferguson continues his discussion of progress as it relates to human society. Part 4 also treats the reader to one of the nearest parallels to Adam Smith’s discussion in the first book of the Wealth of Nations on specialization and the division of labor. And we see still more reference to what Smith will ultimately call the “invisible hand”:

Nations of tradesmen come to consist of members who, beyond their own particular trade, are ignorant of all human affairs, and who may contribute to the preservation and enlargement of their commonwealth, without making its interest an object of their regard or attention. (p. 173)

Unlike Smith, Ferguson wants immediately to tie his micro- and macro-level discussions of specialization and spontaneous order together. Commerce, for example, is for Ferguson itself a result of specialization within the domain of the manufacturing arts. In Smith, discussion of division of labor and its benefits is found in Book I of the Wealth of Nations. We don’t get the same level of attention to societal level insights until Books II -V. There are other points of departure from Smith, such as the way I see Ferguson as containing the possibilities of specialization based on natural interest and/or ability. Smith is far more egalitarian in his outlook--recall his comparison of the street porter and the philosopher. In Ferguson’s scheme, “Every individual is distinguished by his calling, and has a place to which he is fitted.” (p. 173) This is “subordination,” which is based on differences among individuals with regard to natural talent, property, and habits. Subordination, rather than exchange, forms the basis for man’s interdependence. (Have you gotten the impression I was not so keen on this section? In case you’re unsure, check out Ferguson’s discussion of the role of slaves and women in this section.)
Part 5 continues Ferguson’s discussion of specialization, with further discussion of the ways in which nations become “polished.” You may recall earlier mention of Ferguson’s affinity for the martial spirit; it reemerges mightily in Part 5. There is a role for Ferguson’s state in fostering invention and talent among individuals with an eye toward [unconsciously] enhancing the “spirit of society:”

Under the distinction of callings, by which the members of polished societies are separated from each other, every individual is supposed to possess his species of talent, or his peculiar skill, in which the others are confessedly ignorant; and society is made to consist of parts, of which none is animated with the spirit of society itself.” (p. 207)

This sounds grating to modern ears--or at least to mine, raised on the promise of social mobility. And in Smith, while something akin to the “spirit of society” is indeed enhanced through the process of specialization, neither is it an end in the same sense we see in Ferguson. There is some hope in that Ferguson does suggest that there is a danger inherent in the “calling” of politics as a specialization, but neither does he offer a remedy for such. This may be foreshadowing of Ferguson’s greatest fear for civil society- corruption, the subject of the final section. Until then, I leave you with the following questions to consider: