Free Trade in Language: Adam Smith on Words and Wine 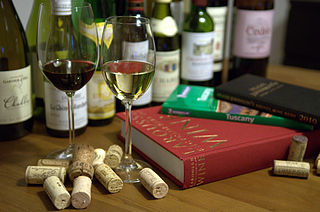 Since Smith was clearly at peace with the idea of importing French wines, why does he object to importing French words?
As I never tire of reminding economists, the father of modern economics, Adam Smith, began his working life as a professor of rhetoric and belles lettres. Almost 30 years before the publication of The Wealth of Nations, he delivered a wildly popular series of lectures in Edinburgh on the subject of language. These lectures have not been much considered. Smith never edited and perfected the lectures for publication, and his copies were among those he ordered to be burnt before his death.
It seems to me, though, that Smith’s Lectures on Rhetoric and Belles Lettres can still be a useful source for considering Smith’s thought. While one might not wish to make too much of Smith’s individual word choices (as this seems the sort of approach where student note taking might trip one up) the general themes and arguments are, I think, reliably Smith’s. This is all the more the case because Smith is writing for students and is inclined to repeat his significant points in order to make sure that they are heard and fully understood.
One of the points Smith spends a great deal of time with in the Second Lecture is the question of the kinds of words that are best suited to convey meaning. For him, these words are almost without exception words that are “native” to the language of the writer. Foreign words “though they may signify the same thing never convey the idea with such strength as those we are acquainted with and whose origin we can trace” (LRBL2,  i.1).
As those foreign words become familiar over time, however, using them becomes more acceptable to Smith. They are “naturalized” and, he seems to argue, develop subtle connotations of their own rather than simply serving as fancy foreign substitutes for solid English prose.
Smith even goes so far as to suggest adopting something of a protectionist policy for English. “The English language perhaps needs our care in this respect more than any other. New words are continually pushing out our own original ones; so that the stock of our own is now become but very small and still diminishing” (LRBL2, i.3).
This argument should startle anyone familiar with Smith’s economic work. The Wealth of Nations is occupied extensively with the importance of open international trade of all kinds of stock. As Smith writes, “We trust with perfect security that the freedom of trade, without any attention of government, with always supply us with the wine which we have occasion for; and we may trust with equal security that it will always supply us with all the gold and silver which we can afford to purchase or to employ” (WN IV.i.11). He notes, as well, that it is silly to pretend that local commodities are always best.
The natural advantages which one country has over another in producing particular commodities are sometimes so great, that it is acknowledged by all the world to be in vain to struggle with them. By means of glasses, hotbeds, and hotwalls, very good grapes can be raised in Scotland, and very good wine too can be made of them at about thirty times the expense for which at least equally good can be brought from foreign countries. Would it be a reasonable law to prohibit the importation of all foreign wines, merely to encourage the making of claret and burgundy in Scotland? (WN IV.ii.15)
If Smith is clearly at peace with the idea of importing French wines, why does he object to importing French words?
Part of the reason may be that Smith thinks of French, and other foreign words, as inferior in many ways to English ones. For Smith, the primary goal of language is the clear communication of ideas in order to induce sympathy in one’s readers. (More on that here.) Foreign words, he worries, are less widely understood, and thus less able to help a writer attain that goal.
Most terms of art and compounded words are borrowed from other languages, so that the lower sort of People, and those who are not acquainted with those languages from whence they are taken can hardly understand many of the words of their own tongue. Hence it is that we see this sort of people are continually using these words in meanings altogether foreign to their proper ones. (LRBL2, i.4)
That foreign words and terms of art might obscure communication is a salient concern, though Smith seems to have already addressed it when he noted earlier in the same lecture that, over time, foreign words “naturalize” and become widely understood.
Smith’s concerns about foreign words also seem to be connected to his general distaste for rhetorical figures and fancy language of any kind. He is a great admirer of a plain and forceful style of writing rather than a highly decorated and delicate one. Certainly, a straightforward writing style is probably the one best suited to recommend to the students, lawyers, and businesspeople who were the audience for his lectures.
Later, F. A Hayek famously uses language as an example of the kind of lively, ever evolving spontaneous order that Smith sees in free trade. Perhaps, if Smith had revised the Lectures on Rhetoric and Belles Lettres, he would have revisited this argument and explored the possibility that, like foreign wine, foreign words enrich a country more than they impoverish it.

It's been a while since I've read that lecture. It almost sounds like he's making use of one of Deidre McCloskey's big points in "Economical Writing": Don't use unnecessary and pretentious words. A lot of the French words seemed pretentious to Smith, I think