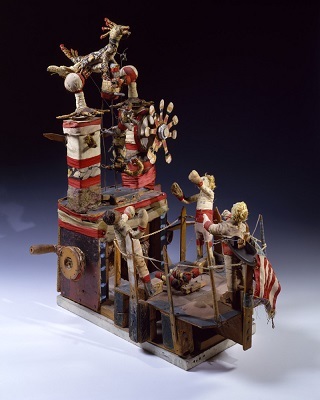 ...where Smith invites his reader to reflect sympathetically on their own personal interactions with shop-keepers, Mandeville invokes ugly stereotypes of both the indulgent 1% and of greedy shopkeepers who are simultaneously crafty and uneducated.
Earlier this year, I was fortunate to participate in a virtual reading group hosted by AdamSmithWorks on Bernard Mandeville’s The Fable of the Bees. Reading Mandeville was a consistently frustrating experience for me because his style and tone echo some of the worst aspects of public discourse in our contemporary age of social media. In fact, Mandeville offers a useful opportunity for thinking about the way in which those of us on social media should engage in public discourse. More specifically, I want to suggest how a comparison with Adam Smith can highlight the do’s and don’t’s of public discourse on social media.
One excellent passage for thinking about Mandeville’s rhetoric is a figure he describes as the “Social Toyman”—or in less provocative terms a merchant/shopkeeper specializing in luxury goods (“toys”). It appears in the “First Dialogue” of Part 2 of The Fable of the Bees, written in response to the public outcry generated by Part 1. The dialogue features Cleomenes, an advocate of Mandeville’s view that private vices lead to public benefits, facetiously adopting “the lovely system of Lord Shaftsbury” in order to produce a reductio ad absurdum of the Earl’s aristocratic ideals of public service by attributing his motivating virtue of sociability to less privileged individuals.
First Cleomenes presents an impoverished single mother selling her child into chimney-sweeping out of a concern for the cleanliness and safety of others’ chimneys. After a bit of sparring with his interlocutor, Horatio, who clearly recognizes the game afoot in this facetious argument, Cleomenes turns to the more complicated example of his middle-class shop-keeper.

Many ingenious Workmen in obscure Dwellings would be starv’d in spight of Industry, only for want of knowing where to sell the Product of their Labour, if there were not others to dispose it for them: And again, the Rich and Extravagant are daily furnish’d with an infinite Variety of superfluous Knick-nacks and elaborate Trifles, every one of them invented to gratify either a needless Curiosity, or else Wantonness and Folly; and which they would never have thought of, much less wanted, had they never seen or known where to buy them. What a Blessing then to the Publick is the Social Toyman, who lays out a considerable Estate to gratify the Desires of these two different Classes of People? He procures Food and Raiment for the deserving Poor, and … with study’d Civilities and a serene Countenance he entertains the greatest Strangers.… He confines not his Attendance to a few stated Hours, but waits their Leisure all Day long in an open Shop.… What a beautiful Prospect is here of Natural Affection to our Kind! For if He acts only from that Principle, who only furnishes us with the Necessaries of Life, certainly He shows a more superlative Love and Indulgence to his Species, who will not suffer the most whimsical of it to be an Hour destitute of what he shall fancy, even Things most unnecessary.

What is most striking about this passage is how closely Mandeville’s “Social Toyman” echoes Adam Smith’s more famous butcher, brewer, and baker, from whose collective self-interest, rather than from their sociable benevolence, we can expect our dinner. Both examples are designed to emphasize the limits of sociability or benevolence as engines of general welfare and to stress the unintended public benefits of self-interested economic activity carried out by shop-keepers and merchants.
Yet where Smith invites his reader to reflect sympathetically on their own personal interactions with shop-keepers, Mandeville invokes ugly stereotypes of both the indulgent 1% and of greedy shopkeepers who are simultaneously crafty and uneducated. He is more invested in mocking Shaftesbury than in persuading advocates of sociability, as can be seen in his taunting use of “social” as an epithet. The result is that both the “toyman” and his customers are less sympathetic rather than more, despite the economic benefits Mandeville would ascribe to them.
Notwithstanding Mandeville’s valuable insights, his rhetoric is designed to score debating points, to “own” Shaftesburians. It is the early 18th Century equivalent of clickbait. And while it would be unfair, even after the initial success of the First Part of The Fable of the Bees, to speak of Mandeville as preaching to believers—his audience was more likely contrarian wits engaged by his provocation—there can be little doubt amongst modern readers that his approach is much more likely to entertain those already sympathetic to free markets than to win over doubters.
There are appropriate places for stoking tribal identity and for entertaining and provocative displays of wit. But productive public discourse requires a more sympathetic approach. I think it is no accident that it was Smith, rather than Mandeville, who revolutionized our understanding of the economic world.


* Don't miss more of Garth Bond in the Reading Room blog at the Online Library of Liberty.