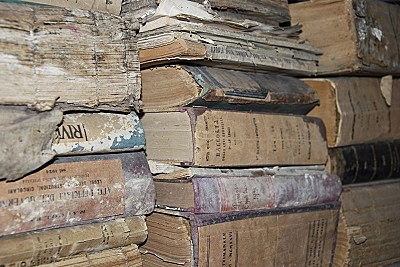 October 15, 2020
The natural philosophers/proto-scientists of the late Reformation used dissection, the newly available microscope, improved experimental techniques, and new equipment of all kinds to explore the physical human body in hopes of answering the question: “What is it, exactly, that makes us human?” The early Enlightenment thinkers Francis Hutcheson and Gershom Carmichael, however, focus their inquiries on happiness rather than on science as a route to understanding our human nature..


Carmichael’s explorations in this direction focus on the importance of human interaction with the divine. He asserts that the end goal of human action is our achievement of happiness, and he argues that, while we use our abilities and reason to attain happiness, it is our correct subordination to God that ensures it. As a result, we can judge the amount of regard we have for our own happiness by the amount of devotion we have to God. This argument naturally led me to wonder whether Carmichael means to suggest that we can judge how devoted we and others are to God by the amount of happiness we have. This seems perilously close to judging the moral rectitude of our own and others’ actions by the amount of material wealth those actions produce. Since Carmichael does not define happiness thoroughly, though, that question is left open, as are several others.


From this murky statement about human happiness that, I feel, raises far more questions than it answers, Carmichael moves to argue that natural law is found in those actions which, by their mere doing or not doing, “necessarily signify in the one case love and veneration to the deity and in the other case contempt and hatred.” This leads to the question of whether Carmichael means us to see a difference between “love and veneration” of God and “correct subordination” to God. If he does, more definition of his terms would be helpful. If not, then natural law is merely happiness, which is merely programmatic subordination to God, and we are left to wonder, again, why all these mental gymnastics? Why not just define correct subordination, require it, and be done with it?


More interesting to me was Hutcheson’s approach to the same subject. While his approach to the question of human happiness and how best to attain it is similarly based in one’s belief in God, Hutcheson argues that such a belief must lead us to believe that our bodies contain clues to the answers to these questions. The first of these clues is our bodily response to pleasure and pain. These sensations affect us vehemently but briefly, and they teach us our first ideas of good and evil. Hutcheson is careful not to say that these sensations teach us good and evil. He avoids falling into the childish fallacy of believing that whatever is pleasurable is good and whatever is painful is evil. Instead, he says these sensations give us our first ideas of good and evil, and implies that we move on from those ideas to a fuller understanding.


We are able to do this because humans are more than our external senses. We also have internal senses, which are what give the mind its ability to perceive itself. To this self-perceptive sense we add senses like relish, which allows us to have artistic appreciation and sympathy, which lets others’ fortunes affect us. Added to senses like these we have a conscience, which aids us in our discovery and enacting of the virtues by helping us judge our actions and constrain our private interests in favor of “the general interest of all.”


Interestingly, it is the subject of the virtues that returns Hutcheson to thinking about the body. He notes that blushing, like the conscience, is designed by nature as a guardian of our behavior. The physical sign is meant to serve as a warning to us of an inner moral quandary or error and to lead us to the virtuous solution. Hutcheson also, in an argument familiar to readers of both Aristotle and of current neuroplasticity research, points out that, in the quest for virtue, the associations we make between ideas are important, particularly for the young, who need to learn to associate virtue with pleasure and vice with pain. Equally important is habit, by which we perfect those connections and perfect our nature.


Hutcheson’s interest in the connections among the divine, the physical body, and happiness and the virtues resurfaces in his discussion of contracts. He begins this discussion by characterizing language as a gift from God to help us make our intentions known. To use that gift honestly in the making of contracts is just and virtuous.


What I find so interesting about Hutcheson’s mingling of the divine and the physical as grounds for the virtuous is the way in which his thinking clearly grows out of the turn to a strong philosophical interest in the scientific and the physical that marked the late Reformation, and equally clearly anticipates the materialism of David Hume. Hutcheson surely would not object to the former comparison, but would fight staunchly against the latter, as he was a voluble critic of Hume’s work, to the point of doing all he could to prevent Hume from succeeding to his chair at Glasgow. Though Hutcheson works hard to assert the importance of the divine in his moral philosophy, it is not clear to me that anything he says particularly requires God’s presence. That leaves the door open for later thinkers, like Hume, to move in the materialist direction that so distressed Hutcheson.


Hutcheson and Carmichael, like other transitional thinkers, are often characterized as being unjustly neglected. Their work––because of its transitional positioning––provides intriguing points of entry into thinkers who preceded and who followed them. However, because of who those thinkers are––writers like Bacon, Hobbes, and Locke before them, and Smith and Hume after them––and because neither Carmichael or Hutcheson produces anything with the grandeur of Leviathan or Theory of Moral Sentiments, they are liable to remain less often read, less often considered, and relegated to the preludes or postludes of books on better-known writers from better-served moments in history.