Bourgeois Drama and the Democratization of Art 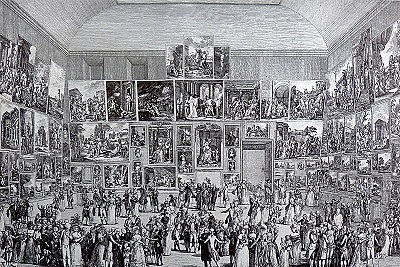 I hope this continues to find you safe and well, and enjoying the spectacle of this book. As far as page counts go, I made a lot of progress this week- through chapter 10. It was also the part of the book I've enjoyed least so far. (Having made a dent in the next chapter centered on Catherine the Great, I am sure my interest will be greatly piqued!) I very much enjoyed the chapters on Diderot's forays into drama and art (more below). Chapter 8, focused on his proto-evolutionary musings and the role of science I found remarkable, but I will leave commentary to those of you more scientifically inclined than I. The chapters on sex and love did little for me. There were interesting hints about his concern for women's lack of rights at the time, and the care and education of his beloved daughter Angelique. The rest I'll leave to you.

The two things that most struck me this week relate to the dramatization of the bourgeois and the democratization of art, in both of which Curran suggests Diderot played a great role. I'll take each, and pose some questions for you consideration, separately.

Toward the end of the Encyclopedie project, Diderot explored a variety of genres as a writer, hoping to find his way as a solo author. To me one of his most interesting efforts (while admittedly not having explore these primary sources myself) is his foray into drama, such as The Natural Son, which Curran describes as a bourgeois drama. Says Curran, "The basic idea was to tell a moral story that has a happy ending, but, at the same time, recalls the unpretentious nobility of France's lower and middle classes." (page 183) We see again here Diderot's commitment, at least in Curran's eyes, to a more mobile and egalitarian society. Was this a result of his struggles with ancien regime (such as with the fits and starts in publication of the Encyclopedie) or rather the result of Diderot's chafing at its rigid hierarchical structure?

Curran also notes that Diderot's supposed goal was to write a distinct bourgeois tragedy, but he never succeeded. Why do you think that is?  What might such a play have looked like, in contrast to the sort of bourgeois realism in the plays he did produce. I can't help but think of Deirdre McCloskey here, of course. What would she make of such a project? Do we need more tragedy than success to make the case for the "bourgeois virtues?" Have we been barking up the wrong tree, as it were, in describing their successes? Can you posit any examples from the modern age of effective bourgeois dramas or tragedies? What makes them effective? Finally, should we add Diderot to the pantheon of bourgeois heroes?

The next chapter revels to us Diderot's foray as an art critic. It seems he made a number of contributions to art theory; again, I'll leave the analysis of these to those more knowledgeable. What interested me, again, was the fundamentally social, and thereby democratic, approach Diderot took to the art of his day. We learn that the sort of art shown in the Salons du Louvres (see the engraving above) was not intended to make its way anywhere but into the hands of the very, very wealthy. Yet, these salons were unusual in that they neither limited nor controlled their audiences; the working class and the nobility gazed on these works shoulder-to-shoulder. Diderot supposedly enjoyed "sharing" the salons with the lower classes, unlike many of his fellows. But also unlike his fellows, Curran asserts that "anyone could acquire an appreciation of beauty and art through 'reiterated experience,' by investing time to understand 'nature or the art that copies it'." (page 207) In another Speaking of Smith last year, philosopher Graham McAleer posits that our own Adam Smith had much the same idea. But here's a point Curran left me unsure of. Do you think Diderot was enamored of this educative function of art for the same reason he enjoyed the open access to the Salons? That is, did such an appreciate of art and beauty equalize the social classes or render the upper classes that much more clearly distinct? And do you think art serves a moral purpose? Is it OK to just "like" art without a deep appreciation of its form? Does art unite or separate people by class today?

That's all for this week. I'd love to see your responses in the Comments. And as for sex and love, well, you're on your own. 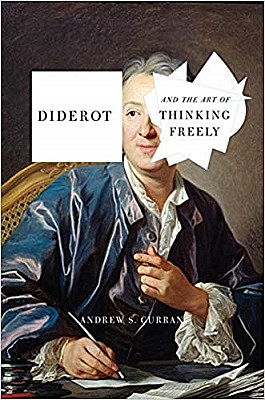