Adam Smith, Francis Fukuyama, and the Indignity of UBI 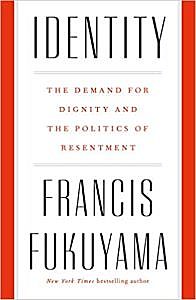 UBI does not speak to the demands of dignity, nor to the Smithian needs to be seen and respected.
In his 2018 book, Identity: The Demand for Dignity and the Politics of Resentment, Stanford political scientist Francis Fukuyama expertly ties together the most disruptive political forces of our time: right-wing populist nationalism, left-wing identity politics, and religious extremism (Islamism in particular). Fukuyama asserts that the through line connecting these seemingly disparate forces of discontent is the demand of discrete groups for public recognition of their worth — their dignity. In Fukuyama’s telling, the human thirst for recognition (first noted by Plato in discussing the concept of thymos in The Republic) has been coupled with modernity’s conceptual separation between a true, genuine self and a corrupted and constraining outer world (popularized by thinkers such as Rousseau) to produce the concept of identity—at the level of both the individual and the group—and attendant demands for its external affirmation.
For Fukuyama, the discontent that pervades contemporary Western politics is operating more on the plane of thymos than of material self-interest. In diagnosing our sociopolitical ills, Fukuyama employs the language of recognition, esteem, and respect rather than income, wealth, and inequality. In doing so, Fukuyama briefly turns to Adam Smith’s The Theory of Moral Sentiments. Fukuyama leverages Smith’s insights on what drives the rich to seek wealth and the poor to escape relative poverty. Social esteem, not material interest, is the motivating factor. Smith asks: “For to what purpose is all the toil and bustle of this world? what is the end of avarice and ambition, of the pursuit of wealth, of power, and pre-eminence? Is it to supply the necessities of nature?” Surely not. The common day laborer can provide the bare necessities for his family. Man cannot live on bread alone, and it turns out that his toil for the daily bread is geared towards something less tangible than bread: “To be observed, to be attended to, to be taken notice of with sympathy, complacency, and approbation,” remarks Smith, “are all the advantages which we can propose to derive” from our labor. “It is the vanity, not the ease, or the pleasure, which interests us.”
Fukuyama proceeds to build off Smith’s insights in discussing the proposal—popularized here in the United States by 2020 Democratic primary presidential candidate Andrew Yang—for a universal basic income (UBI). Some, like Yang, look to the material deprivation wrought by technological change and chronic unemployment as the source of our grievance-laden politics. While severe poverty in America is still unfortunately far from obsolete, it would be misguided to presume that material want is driving the ugliness and resentment of today’s politics. After all, writing in the 18th century, Adam Smith noted that even the working classes could comfortably meet the basic needs of existence. So too in the present day. As Fukuyama writes, in modern, developed countries like the U.S., “the pain of poverty is felt more often as a loss of dignity” than as a lack of subsistence. Money alone will not help modern Western societies cope with the problem of sociopolitical grievance, as this is often an issue of respect, or “vanity,” to use Smith’s wording.
These arguments from Smith and Fukuyama suggest that, instead of government-guaranteed subsistence, our societies would be better served by government policy that supplements the areas and pursuits of life that provide common citizens with a sense of worth—areas and pursuits that proffer the recognition for which we so desperately thirst. One such area where government intervention could do some good is work. Fukuyama echoes the likes of Harvard’s Michael Sandel in stressing the connection between work and dignity. If a sense of disrespect often spawns the animosity that is unspooling our civic fabric, then one way of rooting it out is buttressing work. We derive core parts of our identities and meaning in life from our work. Making work pay is an essential way in which public policy can help satisfy the dictates of thymos buried within our souls and ward off quests to locate a sense of individual worth in more socially destructive outlets.
UBI does not speak to the demands of dignity, to the human needs to be seen and respected. Smith wrote that “as obscurity covers us from the day-light of honour and approbation, to feel that we are taken no notice of, necessarily damps the most agreeable hope, and disappoints the most ardent desire, of human nature. The poor man goes out and comes in unheeded, and when in the midst of a crowd is in the same obscurity as if shut up in his own hovel.” Those championing policies that seek to thwart the discontent of the lower-middle class would do well to take heed of Smith’s wisdom. Social invisibility is a more formidable foe than material poverty. Fukuyama accepts this piece of wisdom from Smith, as he concludes: “Having a job conveys not just resources, but recognition by the rest of society that one is doing something socially valuable. Someone paid for doing nothing has no basis for pride.” Government can supplement our sources of pride where feasible—as in the case of wage subsidies— but simply distributing money to all will not confer the dignity recognition that is needed to repair the social fabric.
Those advocating expansion of the Earned Income Tax Credit (EITC), for example, are in good company with the likes of Fukuyama and Smith. UBI’s supporters will have to turn elsewhere for intellectual backing.
Thomas Koenig is a recent graduate of Princeton University and will be attending Harvard Law School in the fall of 2021. Follow him on Twitter @TomsTakes98.