There's No Such Thing as Deregulation

“Deregulation” frequently conjures up the image of rich CEOs freed to do as they please without restraint or punishment like some sort of corporate Wild West. The regulation/deregulation dichotomy creates the impression that regulated markets are stable and orderly whereas deregulated markets are chaotic and wild – the “anarchy of production” as Karl Marx might have described it.[1] 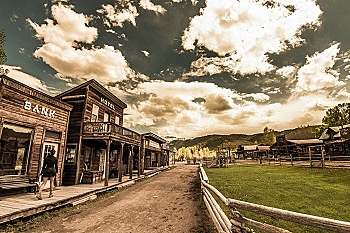 Adam Smith long ago recognized that government regulation is just one form of regulation. The competitive marketplace also regulates the behavior of its participants. Deregulation then is misleading as it implies that the participants are now freed from all constraint. In actuality, the constraints of the market might be more restrictive than the restraints of the state.

For instance, Smith criticized the government-enforced “corporation” system of his time for creating a lax regulatory environment. Corporations, at the time, were much like today’s occupational licensing boards – government-backed corporations of certain trades which acted as gatekeepers and required young workers to study as apprentices for years before they could strike out on their own. The stated intention behind the corporation system was that such corporations were necessary to maintain and regulate quality in the industry.

But as Smith argues, “the pretence that corporations are necessary for the better government of trade, is without any foundation” (WN, 146).[2] As Smith continues, “the real and effectual discipline which is exercised over a workman, is not that of his corporation, but of his customers. It is the fear of losing their employment which restrains his frauds and corrects his negligence. An exclusive corporation necessarily weakens the force of this discipline.”


Smith argues the fear that a workman might lose business to a competitor is a greater restraint on his behavior than the corporation. To call the discipline of the marketplace deregulation is thus misleading. Indeed, the workman might be less accountable for negligence when he is “regulated” by his incorporation, which is likely made up of friends of his in the industry who work to prevent entry by outsiders (a phenomenon known as “regulatory capture”). Some economic studies have found that fraud and negligence are more common where licensing requirements are stricter because customers have fewer options to turn to.[3]


If we look further into The Wealth of Nations, we find Smith using “regulate” to refer both to the regularities of the market as well as to acts of legislation. For instance, he writes that:

The market price of every particular commodity is regulated by the proportion between the quantity which is actually brought to market, and the demand of those who are willing to pay the natural price of the commodity, or the whole value of the rent, labour, and profit, which must be paid in order to bring it thither. (WN, 73)

In other words, market prices are “regulated” by supply and demand, the haggling and bargaining of the market process. But government intervention, “police,” can also regulate market prices:

Thus, what we really mean when we talk about deregulation is a movement from a situation in which government rules are replaced by the rules of (commutative) justice and regularities of the competitive market. The standards of the marketplace might not be as explicit as those written down by regulators and legislators, but they exist, nonetheless. That’s not to say that market regulation is always preferable to government intervention or vice-versa. When significant externalities exist, government regulation may well be warranted; reasonable people can disagree about the appropriate role of the government in such situations.


But we ought to move away from thinking about the market as a lawless, anarchic jungle. Simply because the order of the market is not immediately noticeable to our eyes does not mean it does not exist. Instead, we should focus our attention to discovering the hidden rules which exist in spontaneously ordered systems and also try to understand how government can supplement these systems rather than try to supplant them. Indeed, as Hayek famously wrote, economics is about teaching people “how little they really know about what they imagine they can design."[4]


1)    When you first hear the words, "regulation," "corporation," and "market," what images do they conjure for you? Can you think of other examples of concepts that mean something different than their common usage?


2)    Why do you think "regulation" has come to mean specifically government regulation?  Do people really think of the regulation of the market less today? If so, why?


3)    Are there other metaphors or expressions we use in popular discussions of political economy that obscure more than they explain? (You may want to revisit this Speaking of Smith on explanation via drama versus data, or this one on the uses of rhetorical language.)


4)    Aside from competition, what are some other features of the marketplace that help to regulate the behavior of market participants?

[2] Smith, Adam (1976). An Inquiry into the Nature and Causes of The Wealth of Nations. Edited by R.H. Campbell and A.S. Skinner. Oxford University Press.

I think one thing that Smith would have argued as part of his discussion on justice that acts as an ultimate check on the behavior of market participants is the ultimate veto both sides have in a bargain: both sides can say "no" to a deal.

If the buyer does not like what the seller is offering, the buyer can say "no." The seller can do nothing about it (except offer a better deal), even if he is a monopoly.

If the seller does not like what the buyer is offering, the seller can say "no." The buyer can do nothing about it (except offer a better deal), even if he is a monopsony.