What Would Adam Smith Say About Love on Valentine's Day? 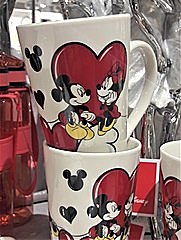 Remember, lovebirds: You don’t have to think that Adam Smith was cynical about your doe-eyes and snuggles.
“You two,” said our friend Will, “are ridiculous. You had better hang onto each other for dear life, because at this point no one else would have you.”


Will was responding to a string of jokes (probably terrible) that my now-husband and I had been bantering back and forth while Will was in the car. Unable to escape, his only defense was a little affectionate ridicule.


Yes, dear readers, it’s time for the perennial Valentine’s Day post about Adam Smith’s belief that romantic love is ridiculous. These always seem a bit mean-spirited to me, more in the spirit of Anti-Valentine’s Day than the holiday itself.


I don’t think, though, that Smith was down on love. My wedding vows started with the line:

There is in love a strong mixture of humanity, generosity, kindness, friendship, esteem; passions with which, of all others, for reasons which shall be explained immediately, we have the greatest propensity to sympathize, even notwithstanding we are sensible that they are, in some measure, excessive. (TMS, I.ii.2.5)

That’s Smith. And that wasn’t me being sardonic. This idea is incredibly romantic. Smith saw what Will saw: people who are in love have a sympathetic world to themselves, a world inaccessible to the rest of us. And Smith says, right there, in the same paragraph, that there’s nothing naturally odious about romantic love just because it’s so inaccessible. (Why doesn’t that make it into the “gotcha!” pieces?)


Smith is talking about love in the context of passions that spectators can’t imaginatively comprehend. Anything we really can’t understand is bound to seem a little ridiculous. And, of course, Smith is right! If you’ve never been in love, I can’t just tell you to imagine what it’s like to be in love. Even if you’ve been in love, you can’t imagine what it’s like to be me in love. From the outside looking in, we can’t sympathize with these passions, so they are always a little bewildering.


What’s most remarkable about Smith’s thoughts on love is that they’re considered remarkable at all.


The section of Smith that I quoted in my wedding vows is from The Theory of Moral Sentiments, Part One, which is all about propriety. As with so many things Smith describes, we learnt the rules of propriety around romantic love as an adolescent. From the first time you told a couple to “get a room!” you’ve understood what he’s on about. The inability to go along with feelings of love makes them inappropriate for broadcasting to the world. It’s the reason these feelings should be treated as intimate by those experiencing them, not a reason they should be treated with disdain by those who aren’t.


Smith thinks that romantic love, like any strong emotion, comes with social obligations. The reason there’s a whole Part I of TMS is that there are socially proper and improper ways to deal with our passions. Smith suggests that we might deal with such strong, exclusive sympathy in a social situation by having a sense of humor—by poking a little fun at ourselves. (TMS I.ii.2.1)


Smith even puts it into practice:


“And it is for want of this reserve [not broadcasting exclusive shared passions], that one half of mankind make bad company to the other. A philosopher [like Smith!] is company to a philosopher, only; the member of a club, to his own little knot of companions.” (TMS, I.ii.2.6)


This line isn’t written up, year after year, as proof of Smith’s contempt for or inability to understand moral philosophers. And it shouldn’t be. Smith tells us in the first paragraph of this chapter what he’s doing in the last. He’s poking a little fun at his enjoyment, into which he can’t transport an outsider, of this tight-knit group. But when he makes a joke, we can join him in enjoying something about their closeness.


So this year remember, lovebirds: You don’t have to think that Adam Smith was cynical about your doe-eyes and snuggles.


But he probably did think you should get a room.