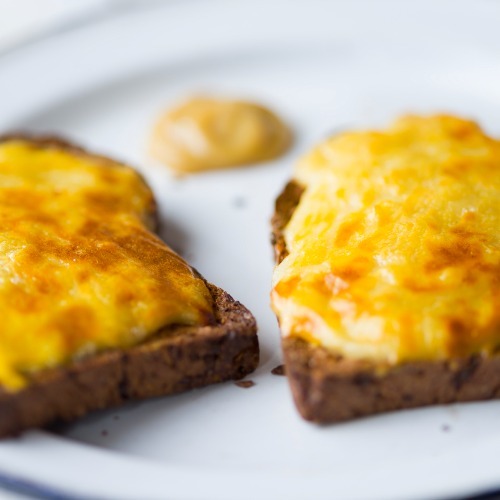 Adam Smith wrote “It is not from the benevolence of the butcher, the brewer, or the baker, that we expect our dinner, but from their regard to their own interest.” He could have added the cheesemonger, too...
In early June 2022, England celebrated Queen Elizabeth II’s Platinum Jubilee recognizing her 70 years on the throne.  She is the longest serving monarch in British history surpassing Queen Victoria by 7 years.  She also surpasses the longest reigning King of England – King George III who reigned just over 59 years from 1760-1820.  George, known to Americans as the King who lost the colonies, was a king Adam Smith would have known – along with many of his advisors in government who Smith knew personally. (A new biography sheds additional light on his long tenure.)


What does this have to do with cheese, you ask?  As part of that celebration, the city of Gloucester in southwestern England celebrates with an annual ritual of cheese rolling.  Known for their venerable cheddars, each year town fathers select a 7–9-pound wheel of cheese and hurl it down the side of Coopers Hill.  A large number of adventurous spirits fling themselves down after it often falling, rolling, and injuring themselves.


It’s a tradition that locals say has been taking place for centuries. And while formal research yields little answers as to why, cheese rolling is believed to have to do with pagan rituals, fertility and, strangely, grazing rights. What we do know is that it says something about the importance of cheese.


Cheese is made from cow, goat or sheep’s milk mixed with rennet, an animal protein that makes it solidify. Rennet is added during the cheesemaking process and a major part of creating cheeses that are special to each region.


For the working class, cheese was a staple. Filling and portable, it was often eaten with simple country bread or oat cakes as a mid-day meal washed down with beer or cider. It could be stored easily in cool cellars and pantries and sold in shops featuring offerings from local farmsteads.


Traveler and writer Arthur Young was known for his detailed notes and in his 1770 book A Northern Tour. At Leed’s The Old King’s Arms he notes it was “dirty and disagreeable” and for dinner he had veal chops, tarts, and cheese. Other meals included hashed venison, potted mackerel, cold ham tarts, a melon, and cheese at Rotherham. Another was cold ham, chicken, lobster, tarts, anchovies, and cheese (even though the Scarborough inn was “very cheap, but very dirty.”)


Today, there are more than 750 varieties of cheese made in the UK, and while there was less documented variety in Smith’s time, most inns, farmhouses, and villages developed their own signature styles. There were fewer varieties in the 1700s, but many of the classics we know today were popular then.


In the 1700s, Leicestershire was celebrated for a cheese said to be created by the innkeeper at Bell Inn in the village of Stilton on the great road between London and Edinburgh. The cheese from Stilton was singularly unique cheese was known for quality and unique flavor and it was only distributed by inns and dealers in the region.


Adam Smith wrote “It is not from the benevolence of the butcher, the brewer, or the baker, that we expect our dinner, but from their regard to their own interest.” He could have added the cheesemonger, too, since economists often use cheese as an example of specialized production and Smith’s theory of absolute advantage.


We don’t know what Adam’s Smith’s favorite cheese might have been, but we can imagine he would have enjoyed a simple lunch of bread and cheese while he wrote or studied. And 18th century cookbook author Elizabeth Cleland has a recipe for a favorite comfort food, cheese toasted on bread. Over time, we’ve grown to call opened faced cheesy toast a Welsh Rarebit – with cheese or cheese sauce on top. The Scottish version sports mustard and whiskey as an addition. Today’s cook probably won’t use an open fire, like in Smith’s day, but we can enjoy a modern take with Whiskey Rarebit inspired by the Scottish highlands.