On Why Mutual Sympathy is Important to Adam Smith 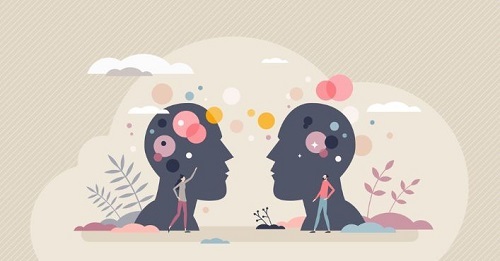 May 11, 2022
Nothing disturbs us more than to observe a lack of sympathy. The pleasures of mutual sympathy thus bring individuals together.
Readers of The Theory of Moral Sentiments (TMS) are well acquainted with Adam Smith’s concept of sympathy: the human capacity to have fellow-feelings with the emotions and passions of others. In Chapter 1 of TMS, Smith focuses primarily on the experience of a spectator observing and sympathizing with the emotions and passions of another person (the agent).1 In Chapter 2, Smith expands this discussion of the operations of sympathy by including the perspective of the agent to focus on the importance of “mutual sympathy.” This mutual sympathy plays a crucial role in Smith’s understanding of human sociability.
Chapter 1 of TMS begins with the observation about humans that “there are evidently some principles in his nature, which interest him in the fortune of others, and render their happiness necessary to him, though he derives nothing from it except the pleasure of seeing it.” (9). Sympathy makes us social creatures by enabling people to share fellow-feelings that are not caused by narrow self-interest. Chapter 1 is replete with examples of how sympathy emerges in everyday life as Smith tries to convince the reader that sympathy, as he conceives it, is real. By imagining oneself in the situation of that person, Smith argues, a spectator generates analogous emotions and passions in their own mind. By the end of the fifth paragraph, Smith equates sympathy “our fellow-feeling with any passion whatever.” (10)
Chapter 2, entitled “Of the Pleasures of Mutual Sympathy,” introduces the idea of mutual sympathy and discusses why it is important to Smith’s understanding of human sociability. Chapter 2 begins with an important observation: “(N)othing pleases us more than to observe in other men a fellow-feeling with all the emotions of our own breast; nor are we ever so much shocked by the appearance of the contrary.” (13) Note the three parts to this observation regarding mutual sympathy. First, the passions and emotions of agents are observed by a spectator, whose sympathetic imagination generates fellow-feelings based on observations. Second, agents observe the fellow-feelings expressed by spectators. Third, agents feel pleasure when their observation of the sentiments of others coincides with their own. In life, we as agents experience pleasure when we observe mutual sympathy in others. Nothing disturbs us more than to observe a lack of sympathy. The pleasures of mutual sympathy thus bring individuals together. The pain of its absence drives individuals apart.2
Smith draws upon numerous examples from everyday life to convince the reader of the existence of mutual sympathy in social interactions. Examples include the mortification resulting from a failed joke, the pleasure resulting from sharing a treasured poem or book, and the consolation experienced by a grief-stricken person resulting from the mutual sympathy of others. In explaining these phenomena, he develops a perspective on the complicated nature of the operations of mutual sympathy in defining how people relate together through their emotions and passions.
Smith’s central point is that the pleasure of mutual sympathy allows us to increase the joy arising from our first-hand experiences by adding a new source for pleasure: Recognizing the correspondence of our feelings of joy with the sympathetic feelings of a spectator increases our joyful pleasure. Sharing our grief also brings a different kind of joy, but in a more roundabout manner. For the spectator, having sympathetic feelings for an agent’s grief is initially painful. Observing the mutual sympathy felt by a spectator is discomforting for the agent as well. This pain is transformed into pleasure as the agent and spectator find consolation in the correspondence of their sentiments with one another. Agents observing a correspondence between their grief and the spectator’s sympathetic emotions “alleviates grief by insinuating into the heart almost the only agreeable sensation which it is at that time capable of receiving.” (14) People want to share all their emotions, but they especially need to share painful emotions. As Smith explains,


This argument about the dynamics of mutual sympathy between agents and spectators builds to a fascinating assessment of the passions of love and resentment and the important role played by mutual sympathy in maintaining society. Although love is an agreeable sentiment and resentment is a disagreeable one, “we are not half so anxious that our friends should adopt our friendships, as that they should enter into our resentments.” (15) We can tolerate our friends even if they don’t get along with our other friends. But we cannot tolerate friends who remain close to those that we resent. Why? Smith writes, “The agreeable passions of love and joy can satisfy and support the heart without any auxiliary pleasure. The bitter and painful emotions of grief and resentment more than strongly require the healing consolation of sympathy.” (15) Friendship, for Smith, demands not just the sharing of the pleasurable feelings of love and joy but also the sharing of our disagreeable feelings like grief and sorrow. Indeed, a friend failing to sympathize appropriately with my pain and suffering will not remain my friend for long, whatever the joys and pleasures we might be able to share. When it comes to tying people together in human communities, the pleasure that mutual sympathy touches off in an agent experiencing negative feelings may be a more powerful force than the positive fellow-feelings.3
In the first two chapters of the Theory of Moral Sentiments Smith lays out a vision of human sociability grounded in a secular understanding of the operations of the passions and emotions. This vision stands in contrast to dominant religious worldviews where love is the most important binding force in human communities. For Smith, sharing love is an important ingredient to friendship and communal life. That said, it may not be the most important dimension for the survival of the individual, for friendships, or for the society at large. More essential to human sociability is our ability to share our sorrow and fears through mutual sympathy. Clearly, with apologies to John Lennon and the Beatles, love is not all you need. You also need mutual sympathy.