Competition as a Discovery Procedure: Smith, Hayek and Leoni 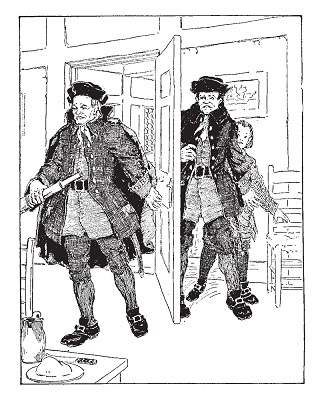 May 19, 2021
SMITH - HAYEK – LEONI – COMPETITION – JUSTICE - FREEDOM – LAW
You cannot invent what is already there. Even though Merriam-Webster’s Dictionary1 lists discovery as one of the possible definitions of invention, the fact is that you can only invent what does not exist before you actually create it. And the things that are already in our world, you discover. Competition is also another big word--one of those difficult enough that to be able to define them you need outside help. The magnificent economist Friedrich A. Hayek attempted to paint a helpful picture of it throughout his oeuvre. He said on one occasion: ‘Competition is a procedure of discovery, a procedure involved in all evolution, that led man unwittingly to respond to novel situations; and through further competition, not through agreement, we gradually increase our efficiency.’2
That was not the only time that Hayek wrote about competition, which turned out to be one of his most studied subjects. He would also explain the following: ‘Competition is thus, like experimentation in science, first and foremost a discovery procedure. [...] Competition as a discovery procedure must rely on the self-interest of the producers, that is it must allow them to use their knowledge for their purposes, because nobody else possesses the information on which they must base their decision.’3
But what does that really tell us about competition? How is competition relevant in discovering new ways to improve our everyday lives? Is it possible that competition ends up being useful for entrepreneurs to innovate even when government regulations get in the way? And was Hayek alone in his articulation and defense of competition as a discovery procedure? Those are all intriguing questions that make us ponder an issue that remains as important today as it was in the days Hayek was writing his scientific papers. Oddly enough, given the intervening history, those papers might matter even more now.
Hayek was not alone in his defense of fundamental market processes, of course. Adam Smith and Bruno Leoni were there to join him: one coming before him, and the other writing at the same time. Smith scholars have long argued about what was originally known as Das Adam Smith Problem, the contention that there were fundamental inconsistencies between Smith’s two major texts: The Theory of Moral Sentiments (1759)4 and The Wealth of Nations (1776)5. That discussion has now been, fortunately, left behind due to the well-documented realization that these texts are part of the same man’s ideas and work. They are both faces of Adam Smith, which together form his very own vision of the many affairs that interested him.
Throughout these two texts, Smith varies the references that he makes to the words ‘competition’ and ‘Justice’. Here I briefly showcase a few statistics that will be useful when approaching these varied usages: