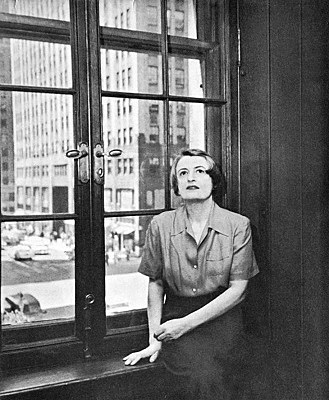 Adam Smith is often identified with a libertarian approach to politics by which governments should interfere with our lives as little as possible, doing little more than defending our country against outside attackers, and preventing and punishing violence and fraud. But while it is certainly true that Smith opposed governmental micromanaging of the economy, and wanted individuals to have a lot of freedom in how they ran their lives, the idea that he held anything like a contemporary libertarian view of politics is a myth.
In the first place, Smith makes a number of explicit recommendations for governments to intervene in economic matters. In the second place, one of the three tasks that Smith says that governments should take up allows for the establishment of all sorts of social and economic institutions. And in the third place, what lies behind Smith’s anti-interventionist stance is very different from what lies behind the views of current-day libertarians.
The first of these points can be illustrated by the fact that Smith unworriedly accepts a role for government in setting standards for various goods and services. He regards the “publick stamp” that guarantees the quality of money to be essential to the prevention of fraud (WN I.iv.7, 40), and endorses, for the same reason, official stamps testifying to the size or quality of linen and woolen cloth (I.x.c.13, 138-9). He suggests, in the interest of restraining speculation, that private banks be prohibited from issuing promissory notes for small sums of money, comparing such a regulation to laws that require the building of walls to stop the spread of a fire (II.ii.91-4, 323-4). In the name of combating religious fanaticism, he also proposes that the state require that people study science and philosophy before being licensed to exercise any of the “liberal profession[s]” or to hold “any honourable office of trust or profit.” (V.i.g.14, 796).
There are thus a number of exceptions to Smith’s anti-interventionism. Some are justified by the very commitment to liberty that underlies his anti-interventionism. Lack of information reduces our freedom, after all, and fraud is universally seen as an offense against liberty. Other proposals are things that Smith acknowledges to be violations of natural liberty to some extent, but considers necessary for an important social purpose. The fact that Smith makes exceptions of this second type, especially, makes clear that his anti-interventionism is rooted in pragmatic concerns rather than moral principle.
Consider now Smith’s third task for government. Having said that governments must protect their citizens from external attack (the first task), and must protect each individual from “the injustice or oppression” of the others (the second task), Smith adds that they have a duty to

Great stuff. I agree with the main thrust of your post, that Smith does not easily fit exclusively into the libertarian world view. He is a classical liberal, not a libertarian.

Where I think you and I will disagree, however, is where Smith would draw the line for proof of his exceptions. I certainly agree that Smith could, conceivably, support a welfare state outlook as opposed to a Randian outlook. But what sort of evidence would the sovereign need in order to intervene with propriety? I tend to read Smith as having a high burden of proof, akin to "beyond a reasonable doubt." In other words, the sovereign must show his intervention is not just on the "preponderance of the evidence" (ie a greater than 50% chance of being true), but beyond any reasonable doubt. At the risk of putting words in your mouth, Sam, I think you'd read Smith as having a lower burden of proof?

So, I agree that Smith did not have a Randian/libertarian point of view. But I do think he would have required a strong burden of proof to overcome the "natural system of liberty."

A powerful debunking of an all-too-common Smith myth. To this reader, at least, one more general lesson here is that we should all be wary of imagining that any one historical figure's politics/philosophy/worldview overlaps perfectly and harmoniously with our own (or that of our opponents, or anyone else living today)... for such imaginations--however popular-- are bound to distort historical intellectual realities, well covered in this case by Prof. Fleischaker.