A Modern Lawyer and Smith’s Lectures on Jurisprudence, Part 2 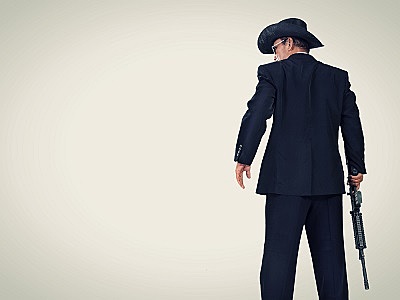 Smith explains that “[t]he end of justice is to secure from injury,” including particularly injuries to one’s “estate.” [399]. According to Smith, a man’s “estate” consists of seven distinct rights—three “personal” and four “real.” A man’s personal rights arise from contract, quasi-contract (whereby the law implies an agreement in order to reward utility-maximizing undertakings such as returning a lost watch), and delinquencies (torts). The four real rights are property, servitudes, pledges, and exclusive privileges (including patents, copyrights, and government-conferred trade monopolies). Smith refers to these as “acquired rights,” and he contrasts them with natural rights, which entail the “right to have [one’s] body free from injury, and [one’s] liberty free from infringement unless there be proper cause.” [401]

Why emphasize that distinction? Because natural rights are fixed, transcendent, and universal—they can be discovered by human beings but neither created nor repealed. Acquired rights, by contrast, are created through a political process for the purpose of facilitating productive behavior and peaceful social interactions.

As Smith explains in greater detail in his lecture on Police (by which he means wealth-enhancing policy, not law enforcement), human beings are much better off working together than they are working alone or in small groups. “It is the division of labor which encreases the opulence of a country.” [489]. But working with other people inevitably brings conflict, and the principal function of law is to ensure the equitable resolution of those conflicts so that people may get on with the business of enriching one another through specialization and cooperation.

When it comes to formulating a body of rules to resolve disputes and encourage productive activity, there are two basic approaches. The more common, but historically less successful, approach is for a sovereign to think up all the rules in advance and write them down in the form of a legal code—think Hammurabi, Justinian, the IRS, and France. The other way is to develop a body of rules incrementally by applying previously established principles to new fact patterns on a case-by-case basis. We call this the “common law,” and Smith divides his lecture on Justice between providing an historical account of its evolution and cataloguing the specific rules it has developed across an array of social institutions and relationships. Putting Shakespeare in the mouth of Smith, he might say that while love may not alter when it alteration finds, the common law sure does, and thank goodness for that!

But using the right process to develop a sound body of rules is only half the job. The other, equally challenging, task is applying those rules to ensure just outcomes in specific cases. That is the subject of the next piece in this series.


Read the other posts in this series:
Guns, Foreigners, and a Twist Ending (Part 5)
How to Get Rich by Not Influencing People (Part 4)
The Liberty Producing Institution (Part 3)
A Modern Lawyer and Smith's Lectures on Jurisprudence (Part 1)