On Gulliver, Swift, and Adam Smith 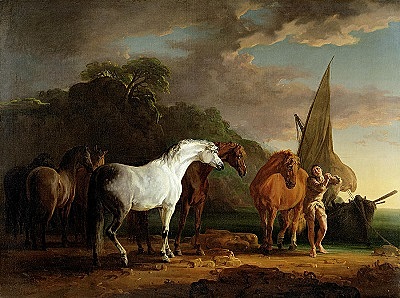 “The foundation of Ridicule is either when what is in most respects Grand or pretends to be so or is expected to be so, has something mean or little in it or when we find something that is really mean with some pretensions and marks of grandeur.” (LRBL, L8, 108)

Smith goes on to explain that it is the different combination of ideas that allow each idea its manner of ridicule. It is the contradiction of a very tall man, Gulliver, among the miniature Lilliputians, followed by the description of Gulliver, still the same size, among the giants of Brobdingnag that “excites our laughter." Might this idea of juxtaposition also apply to the disjunction between this mean economic system and the other economic systems encountered in the travels or to the real economy of England? Perhaps the humor lies in Swift’s elaborate description of the grandness of this HOUYHNMN economic system whose citizens’, skilled with reasoning, produce only a mean, meager economic outcome. Gulliver’s praise and admiration for virtuous HOUYHNMNS is as extreme as his contempt, hatred and dread of odious YAHOO’s (who represent himself and English society).
Swift wrote this fantasy novel during real 18th century events of the changeover from Britain’s monarchy toward the modern political system heralded by Smith that led to Britain's dominance. Advancements in science, publishing, manufacturing and trade were rapidly changing life in Britain and Ireland (Swift lived in both countries). Swift, who notoriously remained elusive even to close friends, may never have considered a tidy ending for his masterpiece and might have intentionally led his readers toward unanswered, and perhaps unanswerable, philosophical questions..