Could Too Much Division of Labor Be Bad? 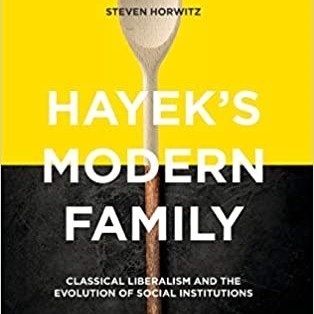 Division of labor is working, but is everyone made better off, as we’ve come to expect from Adam Smith? Horwitz describes how women tend to invest more in household capital than men, who invest more in market human capital. So long as control over financial resources remained in the hands of men, this increased domestic specialization rendered women arguably more dependent on marriage.
In the fall of 2021, I had the good fortune to participate in a semester-long reading group on Adam Smith’s Wealth of Nations. In the first session, we discussed the opening three chapters on division of labor and I asked the (heretical?) question whether there are examples in which division of labor is a bad thing. (Yes, there were crickets) It is a  serious question, and one which we never fully returned to. So before you read on, dear reader, I ask you: Can we have too much of this good thing?
Shortly after that, I had the good fortune to lead a Virtual Reading Group on my dear friend Steve Horwitz’s last book, Hayek’s Modern Family. It’s a terrific book, a unique, first-of-its-kind classical liberal study of the institution of the family in society. But here, I will focus on just one part- the changing role of women in the modern, industrialized labor force, and particularly over the past several decades particularly in the post-WW@ period. Steve paints a picture of how the family evolved from focusing on production solely for consumption to production for the market. This evolution is central to his liberating story, in which expanding markets are the hero. That allows marriage to  refocus on love. It is a beautiful story.
Men and women in pre-modern families divided their labor along gender lines, but women, in many cases, were legally prohibited from making contracts, earning wages, and securing financial independence. In Virginia Woolf’s A Room of One’s Own, the narrator Mary illustrates this point sharply:

Moreover, it is equally useless to ask what might have happened if Mrs. Seton and her mother and her mother before her had amassed great wealth…because, in the first place, to earn money was impossible for them, and in the second, had it been possible, the law denied them the right to possess what money they earned. It is only for the last forty-eight years that Mrs. Seton has had a penny of her own. For all the centuries before that it would have been her husband's property--a thought which, perhaps, may have had its share in keeping Mrs. Seton and her mothers off the Stock Exchange. Every penny I earn, they may have said, will be taken from me and disposed of according to my husband's wisdom… so that to earn money, even if I could earn money, is not a matter that interests me very greatly. I had better leave it to my husband.

Industrialization changed all that. Households focused more energy on market production as the rise of wage labor and urban centers continued. Women, in particular, had new employment opportunities, especially in areas such as education, the arts, and civil service, as they  were freed from household production and child care. At the same time, the political tide was turning toward greater appreciation of democracy and individual rights. But in Steve’s words, “So just as women were beginning to see the promise of equality in marriage…a distinct division of labor emerged that posed a threat to the promise of equality.” (page 90) That’s right- division of labor threatened women’s equality.
Remember my heretical question from the beginning?
Horowitz points to the “rhetorical dancing” provided by the concept of “separate spheres,” that arose to resolve this tension. “...the argument was that men and women differed in fundamental ways such that each gender should seek to excel in its own sphere of activity.” (page 90) Division of labor is working, but is everyone made better off, as we’ve come to expect from Adam Smith? Horwitz describes how women tend to invest more in household capital than men, who invest more in market human capital. So long as control over financial resources remained in the hands of men, this increased domestic specialization rendered women arguably more dependent on marriage. This dependence was exacerbated as divorce laws were liberalized. As divorce became more likely and custody of children was almost always given to women the incentives became more powerful. Men had more incentive to invest in market human capital as insurance against being unable to provide for themselves and their children post-divorce. Women, in anticipation of having to care for themselves and their children on their own, accumulated more household human capital than men, further shifting the burden of household production on them, and limiting their ability to participate in market-based production post-divorce.
This is a very abridged account of Horwitz’s argument, and I encourage you to read the whole thing (chapters 4 and 6 contain the crux of this). This account continues to rankle me, and I ask you, have women been disadvantaged by too much division of labor? And have we yet recovered? I’d love to hear your thoughts.

Want to read more?
Steve Horwitz on Hayek's Modern Family at Law & Liberty
Adam Smith Work's Introduction to the Division of Labor
Janet Bufton and Sarah Skwire's Reading Room "Read With Me" on Virginia Woolf’s A Room of One’s Own