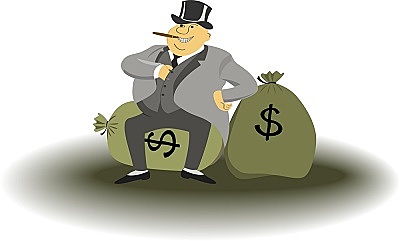 Many think that Adam Smith believed in giving markets free rein with no government intervention. Only half of that statement is true. Smith certainly believed in free trade, and frequently refers to the “system of natural liberty.” The impetus for Wealth of Nations, as Maria Pia Paganelli has recently pointed out, was to argue against the mercantilist system of commerce that relies on government intervention in the market.
Yet, Smith also supported certain government interventions. In fact, though he only published two major works during his lifetime, Theory of Moral Sentiments (1759) and Wealth of Nations (1776), he was working on a third on jurisprudence. Sadly, all we have of that work are student notes from his lectures on the subject as Smith instructed that his incomplete works and much of his correspondence be burned upon his death (See letter to David Hume, April 16, 1773, CAS #137). The lectures on jurisprudence detail such state interventions as administering justice, especially the protection of rights and property; domestic police power to regulate commerce, trade, agriculture, and manufacturing to promote opulence of the state; taxation; and finally foreign defense.
Some of the myth of Smith as anti-government comes from his own words, especially in TMS. There, he condemns the “man of system” who would seek to control his fellow citizens as though they were chess pieces in his effort to achieve perfect order:

“The man of system…is apt to be very wise in his own conceit; and is often so enamored with the supposed beauty of his own ideal plan of government, that he cannot suffer the smallest deviation from any part of it.”

His words are harsh. Smith refers to the man of system as arrogant because he thinks his judgment is the only one that matters. He “fanc[ies] himself the only wise and worthy man in the common wealth” and “consider[s] the state as made for themselves, not themselves for the state.” Smith is clearly suspicious of state actors.
However, Smith precedes this statement with a discussion of “the man whose public spirit is prompted altogether by humanity and benevolence” who is sensitive to individuals’ plans and desires while pursuing the common good. Those whose patriotism is rightly-oriented might be few in number, but are possible, in Smith’s account.
I want to focus, however, on his comments on government in his economic text, Wealth of Nations, because this text seems to be the source of the myth. First, I mentioned that Smith writes the book to an audience of merchants who are swayed by the economic policy of the time, mercantilism. In that very chapter, Smith advises that in some instances, trade should be restricted by a legislator. He suggests the implementation of tariffs to combat another nation’s use of them and to inspire their repeal. He advocates restrictions on foreign trade for national defense, citing the British navigation acts as an example. Taxes on foreign trade might also be necessary if there is a comparable tax on domestic goods. Such a tax does not create a monopoly for the domestic industry, Smith tells us, it just makes the playing field fair, allowing resources to go where they “naturally” would.
Still, Smith limits the extent to which the government should interfere in foreign or domestic markets. He qualifies his support of equal taxes on foreign and domestic goods by arguing that taxes on the necessaries of life can be problematic for prosperity: “Such taxes, when they have grown up to a certain height, are a curse equal to the barrenness of the earth and the inclemency of the heavens.” Similarly, his support for retaliatory tariffs is conditional upon these measures being temporary and directed toward establishing freer trade. He cautions against “that insidious and crafty animal vulgarly called a statesman or politician” because statesman are often swayed by the opinion of the moment rather than the long game. Why is this problematic? Smith continues:

To expect, indeed, that the freedom of trade should ever be entirely restored in Great Britain, is as absurd as to expect that an Oceana or Utopia should ever be established in it. Not only the prejudices of the publick, but what is more unconquerable, the private interests of many individuals, irresistibly oppose it.

Once regulations are put in place and some are experiencing benefits at the expense of others, it will be hard for a politician to repeal those benefits. Hoping for full free trade is the stuff of fiction, as many people are more worried about their personal interests than the good of the whole. He calls such interventions in the market giving some individuals “a monopoly against their countrymen.” These arguments about crony capitalism, bureaucratic creep, and the ability of special interests to dominate politics are frequently analyzed today by public choice economists.
Finally, Smith devotes Book V to the role of the sovereign. The beginning of the book focuses on the steps the sovereign should take to ensure the safe functioning of markets. Smith lists the duties of the sovereign as protecting society with military force, “establishing an exact administration of justice” to protect citizens from injustice, and finally the maintenance of public institutions and public works. Many libertarians would be comfortable with the view Smith expresses here, that governments should be the equivalent of Robert Nozick’s nightwatchman state. But Smith’s assessment of the role of government is more robust.
Crucially, Smith also details a public education system. He establishes that education is not sought after because there are no material incentives for individuals to pursue it. He’s talking about the laboring poor. The rich have no problem paying for expensive education and do not have to forgo sustenance to do so. In an aside derived from his own experience as a University student and faculty member, he points out that this education isn’t as good as it should be because professors get lazy. While the topic warrants its own discussion, the point for Smith is that the rich have access to education and could work to better its quality. The question that matters for him is: “ought the public, therefore, to give no attention, it may be asked, to the education of the people?”
The answer he gives clarifies Smith’s project. If he only cared about laissez-faire economics when he speaks of the system of natural liberty, the laboring poor not being incentivized or having the ability to spend time and resources improving their material condition would be insignificant. However, in a line that could have been penned by Marx he says,

The man whose whole life is spent in performing a few simple operations, of which the effects too are, perhaps, always the same, or very nearly the same, has no occasion to exert his understanding, or to exercise his invention…and generally becomes as stupid and ignorant as it is possible for a human creature to become.

He continues with a consideration of what is lost if the poor are not given an education:

The torpor of his mind renders him incapable of relishing or bearing a part in any rational conversation, but of conceiving any generous, noble, or tender sentiment, and consequently of forming any just judgment concerning many even of the ordinary duties of private life. Of the great and extensive interests of his country, he is altogether incapable of judging; and unless very particular pains have been taken to render him otherwise, he is equally incapable of defending his country in war…His dexterity at his own particular trade seems, in this manner, to be acquired at the expense of his intellectual, social, and martial virtues.

Smith argues that it is important for the laboring poor to be good judges, soldiers, and neighbors. A cynical reading would be that if the poor receive some education they will be less likely to upset the status quo: “The more they are instructed, the less liable they are to the delusions of enthusiasm and superstition.” The more generous reading is that Smith cares about citizens having more than a materially sufficient existence. Material well-being is essential, no doubt, but he thinks it is also necessary for human beings to develop their moral capacities. He wants citizens to be able to make judgments about the quality of their governments and their own character and that of others.
Smith worried about the capitalists who would have no trouble combining, connecting to legislators to appeal their case, and gathering the resources to wait out labor disputes, compared to workers who would find advancing their interests incredibly difficult (WN I.viii.12). Recall that Smith was against those who would use government to champion their own judgment and advance their own interests at the expense of their countrymen. Indeed, Smith celebrates the advent of commercial society for overthrowing feudalism because it “gradually introduced order and good government” whereby the many were not beholden to the few rich. Yet here we see that this is not possible if government does not spend resources enabling all citizens to be able to meaningfully participate in it.
Adam Smith believed that the connections between individuals are as important as wealth generated. This is why he promoted not only free trade, but a role for government in supplementing that which the market did not incentivize. Smith is not against all government, but government by the few that suppresses the freedom of the many.

Thank you to Brianne Wolf for this detailed consideration of the possibility and desirability of government intervention in Smith's thought. Hands off Smith was not (entirely). I wonder, in light of the concerns about "mental torpor" and educational incentives we see in quotes above, where someone like Smith might see more of a role for the state--or some other institution--in our society and culture today. Is there something more "we" could do to ensure that all citizens can "make judgments about the quality of their governments and their own character and that of others"?