Reading the Wealth of Nations: Book 4 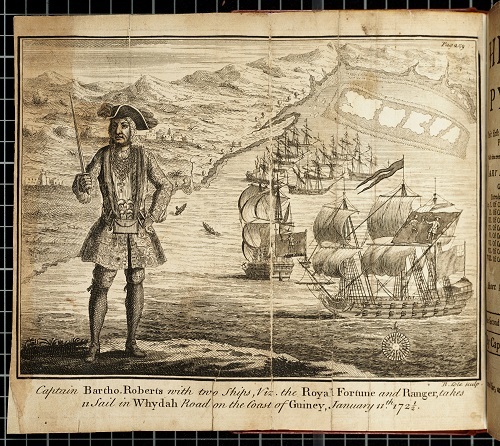 Smith calls this book “Of Systems of Political Economy,” while our discussion leader described this book as “the argument”. It is here that Smith’s attack on the mercantilist system is most apparent.
This fall, the Institute for Liberal Studies is hosting an online reading group on Smith’s most famous book, An Inquiry into the Natures and Causes of the Wealth of Nations. Once a week, for eight weeks, we meet online to help each other better understand this important book with help from discussion leaders Amy Willis, Andrew Humphries, and Janet Bufton.


We’ve now arrived at the first of two discussions on Book IV. Smith calls this book “Of Systems of Political Economy,” while our discussion leader described this book as “the argument”. It is here that Smith’s attack on the mercantilist system is most apparent. It also includes Smith’s most famous turn of phrase, and perhaps also his least understood, the invisible hand.


Those familiar with the public choice approach to political economy will see many places in which Smith anticipates the arguments that James Buchanan, Gordon Tullock, and others would later refine and formalize. In this portion of the book, Smith touches on what we now call rational ignorance, rent seeking, and the incentives that motivate political actors.


Smith also comments on the role of public opinion in policy making. He points out that complete freedom of trade will never be restored in Britain, due to the pressure on politicians from manufacturers who wanted to limit foreign intervention. The politician who argues for restrictions on trade will be seen as understanding trade, while one who argues for free trade would be abused by everyone who wants to limit trade in their particular industry.


This description is mirrored in today’s political landscape. While many politicians will pay lip service to free trade, there is an inevitable “but”. Protections for strategic interests, grants and subsidies for favoured industries and companies, and a myriad of targeted interventions always seem to be popular with voters. Perhaps this is why, after a flurry of activity in the 80s and 90s, progress on modern trade deals seems to have stalled in the 21st century. Every political delegation must answer to their constituents at home, which consists of countless interest groups who seek protection from foreign competition.


Some participants wondered whether this portion of the book was written as advice to politicians, or intended to influence public opinion more generally.


Smith points out that trade ought to be a mutual benefit, and a building block for friendship across borders. However, when rulers concern themselves most with the amount of gold and silver in their kingdoms, it can become a source of animosity. While merchants and businessmen understand the mutual benefit of trade, the ruling class often does not.


This leads to a paradox in which having a wealthy country next door is both a benefit (more trading opportunities) and a threat (they will be a more formidable enemy in war). Smith points out that Britain and France would trade much more than they did, if it wasn’t for the mercantilist philosophy and consequent animosity between the two nations.


This is a good example of the foundational argument found in Book IV. Smith has made the case that trade is vital to prosperity of the nation, and now argues that mercantilism is reducing the trade that should be taking place between two of Europe’s leading powers.


In a world in which so many of our products are made in distant lands it’s easy to think that Smith’s arguments in favour of trade carried the day once and for all. It’s certainly true that we see much more trade, and much less war (no coincidence there!) than in Smith’s time. But there are still strong sentiments against free trade in every nation. Reading this book provides a valuable opportunity to revisit the fundamental arguments and see how they can apply to our modern political and social issues.