Adam Smith and the Knowledge Problem

division of labor specialization presumption of liberty torpor of the mind 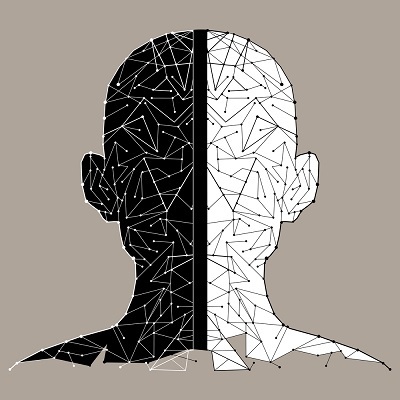 ...the division of labor means a division of knowledge.
If you ask anyone what Adam Smith is known for, the likely answer (other than the invisible hand) would be “division of labor.” He begins The Wealth of Nations with a bold statement of his thesis: “The greatest improvement in the productive powers of labour, and the greater part of the skill, dexterity, and judgment with which it is any where directed or applied, seem to have been the effects of the division of labour” (13). He extends the lessons of the pin factory into his support for international trade.


But, some 770 pages later, Smith makes an essential qualification. The division of labor can lead to a narrowing of the mind. Smith writes:

In the progress of the division of labour, the employment of the far greater part of those who live by labour…comes to be confined to a few very simple operations…the man whose whole life is spent in performing a few simple operations…has no occasion to exert his understanding, or to exercise his invention in finding out expedients for removing difficulties which never occur (781-782).


In the passage quoted above, Smith is making explicit something that is implicit throughout his earlier discussion in Book I on the division of labor: as we become specialized in our tasks, we continue to acquire knowledge in those tasks. However, that increasingly specialized knowledge comes at the expense of other types of knowledge out there. The man who draws the wire for a pin may have lots of knowledge and information about pin wire. He may be able to tell quality or know the limitations of the material he is given. But that knowledge comes at the expense of knowing how to create the head. In our modern language, we call such specialized knowledge “expertise.” Thus, there is a trade-off to the division of labor (and, consequently, the division of knowledge): “[The laborer’s] dexterity at his own particular trade seems…to be acquired at the expence [sic] of his intellectual, social, and martial virtues” (782). This “torpor of the mind” that develops from doing the same tasks day-in and day-out can render a man incapable of judging the needs and extensive interests of his country, as well as other civic-minded needs.


In connection with previous statements Smith made elsewhere in The Wealth of Nations, this discussion of the division of knowledge is interesting. For example, in Book IV, Smith writes: “What is the species of domestick [sic] industry which [the businessman’s] capital can employ, and of which the produce is likely to be of the greatest value, every individual, it is evident, can, in his local situation, judge much better than any statesman or lawgiver can do for him” (456). Typically this passage is interpreted in light of the sentences that follow, where Smith contends that such actions by statesmen to direct economic activity both “loads himself with a most unnecessary attention” and “assume[s] an authority which could safely be trusted, not only to no single person, but to no council or senate whatever.” However, the division of knowledge Smith discusses in Book V as a consequence provides us with another understanding of Smith’s concerns. The statesman does not have the necessary knowledge to direct capital; the local owner, though the division of knowledge, is in a better knowledge situation to judge.


The statesman or ambassador is meant to serve political ends. They are “insidious and crafty” (468). When those guiles are applied to negotiations with foreign nations and the statesman is able to “dupe” the foreign minister, he is to be applauded (Theory of Moral Sentiments, 154). Thus, their specialized knowledge is directed toward those political ends. In politics, that knowledge is valuable. In commerce and civil society, the knowledge of guile is dangerous: “We trust the man who seems willing to trust us…Reserve and concealment, on the contrary, call forth diffidence. We are afraid to follow the man who is going we do not know where” (TMS, 337).


The Theory of Moral Sentiments also shows concern about the division of knowledge leading to undesired outcomes. For example, Smith discusses how a soldier who is used to submitting to the “disagreeable duty” of war can lose his principle of humanity (153). The soldier may be the model of self-command, but he lacks the necessary humanity that allows civilization to thrive. The soldier knows war; he does not know peace.


The division of labor implies a division of knowledge. That division of knowledge can render a man incapable of judging the needs of society to the extent that they are beyond his specialized area of expertise. But the fact that an individual may be unknowledgeable outside his area of expertise does not, for Smith, imply the need for some centralized agent. He recognizes multiple times that politicians can suffer the same problems. Thus, Smith relies heavily on a presumption of liberty: let men operate in the manner that allows them to best direct their efforts wherever they can be profitably deployed. With their unique power to violate the rules of justice, governments ought only to intervene when necessary. They, too, are limited in their cognitive abilities. They, too, exist within a world of the division of knowledge. They, too, benefit from such a division but can also suffer from a “torpor of the mind.”