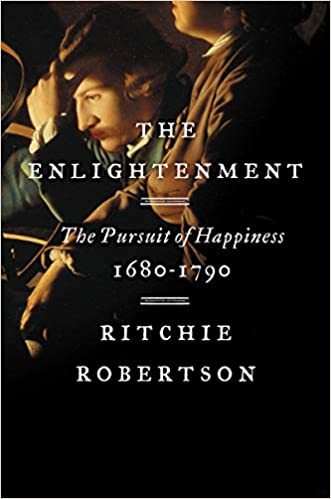 Early in the Enlightenment, science was still haunted by the specter of charlatanry, and scientists were keen to demystify science. The Royal Society came into existence, illustrating the emphasis on community and conversation.
Part 2: Science Goes Public. Yes, There Were Explosions.

I hope all of you have by now found the perfect summer read! If you’re like me, that spans a lot of genres, and includes at least one ambitious (read: door stopper) read. As you saw in my previous post, Ritchie Robertson’s book on the Enlightenment is part of my summer reading.
In the second chapter, Robertson explores the Scientific Enlightenment, which he characterizes as the dawn of an “economy of nature.” As Robertson defines the Enlightenment as “the pursuit of happiness,” he described scientists of the time as believing a better understanding of the natural world would make people feel more comfortable in it. “Science increases our happiness by revealing the regular laws by which nature operates.” (83) Robertson also takes pains to assure the reader that the Enlightenment- and the Scientific Enlightenment in particular, was not at odds with religion. Science in the Enlightenment- as with other modes of thought- can best be thought of as a coherent interlocking system, seeking a marriage between experience and theory. Within this system, there remained room for the Divine. Science was the enemy of superstition, not religion, according to Robertson. Again, Robertson wants the reader to see the scientific revolution as a shift in mindset- science can neither appeal to the supernatural nor aspire to absolute certainty. He argues that Enlightenment scientific thinkers were more concerned with how to promote tolerance among varying practitioners than advocating for their particular truth claims. (Robertson devotes considerable time to the notion of tolerance in later chapters, which will be the subject of a future post.)
Enlightenment skepticism was still important- again, not denying that “truth” is possible, but providing a push to look critically and carefully at truth claims. Robertson includes many familiar figures as part of his exploration- Nicolaus Copernicus, Galileo, Antonie von Leeuwenhoek, and Isaac Newton, for example. Robertson spends considerable text describing the influence of Newton on the Enlightenment, especially Newton’s emphasis on observation and description of phenomena. Writes Robertson, “Natural philosophy thus separated itself from all approaches to reality that sought to ground knowledge in some underlying absolute truth.” (62) Newton’s influence helped to sharpen the distinction between and the specialization of philosophy and theology. The latter became the realm of inquiry into the ultimate nature of things, whereas the claims of natural science were much more modest- and thereby democratic.
Over the course of the Enlightenment, “experimental” came to mean experiential, rather than reliance upon authority. This often included very public sorts of experiments and experiences- sometimes with perilous consequences, as with popular Leyden jar demonstrations. Practitioners of science involved the public in many ways: essay competitions, publications in popular journals, public experiments, and coffee house meetings. Early in the Enlightenment, science was still haunted by the specter of charlatanry, and scientists were keen to demystify science. The Royal Society came into existence, illustrating the emphasis on community and conversation. In the second chapter, Robertson remains at pains to not portray the Enlightenment as an individualistic endeavor.
In the spirit of Robertson’s stress on community and conversation, below are some questions that struck me as I read. I’d love to hear what you have to say in the Comments section!

1. I hope this comes up in a later chapter, but I wonder if the Enlighteners themselves stepped too far away from the scientific method at some point? We certainly have today.
3. We all have so much access to so much information, but I was jealous reading about regular folks being able to go to Royal Society experimental demonstrations and lectures! Even with today's science celebrities, we don't really have public discourse about science. I wonder how much those public events really worked back then though?
4. Interesting to me that Robertson's description is market-based. From the single long paragraph, hard for me to tell how many of the publications had a goal beyond sales. Definitely a failed strategy, if the strategy was ever to get more (any back then) women into science. I am not the keenest analyzer of culture, but it seems to me that men are still the most numerous, and therefore probably the most effective, popularizers of science.

Great chapter, with lots of good scene-setting. I was particularly struck by the closing paragraph of the "Heavens and Earth" section (77), where Robertson notes that the replacement of biblical chronology with scientific "deep time" was as big a shock then as evolution would be in the 19th century. Thinking about going into the Enlightenment with those cultural tremors still reverberating is a nice call back to his point in the first chapter about the role of mentality shifts.