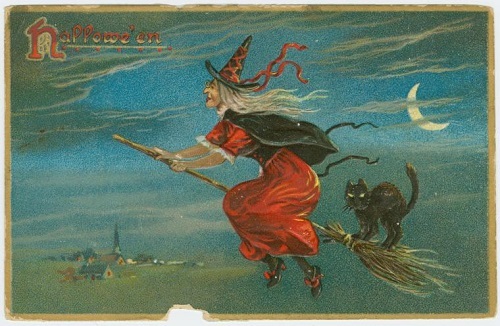 While Adam Smith may not have celebrated Halloween the way we do today, there's still plenty of spooky to be found in Smith!
Halloween has evolved a lot over the years. While trick-or-treating seems to be a generally American experience, some think it is related to Guy Fawkes night in Britain and the tradition of “guising” in Scotland. In Scotland, Halloween seems always to have been about spirits and the supernatural. Guising, for example, involved children dressing up and receiving treats from neighbors. There were no princesses or superheroes involved, however. The children dressed only as evil spirits, in the hopes that they would blend in with the ghouls that night and thereby come to no harm. This practice, in turn, can be traced back to the Celtic holiday of Samhain, celebrated on November the first, after a night of being visited by the spirits of the dead.
Smith’s fellow Scot, poet Robert Burns, wrote a famous poem, Halloween, describing the bonfires that were lit and the traditions that were observed through this night when we are visited by ghosts.
But what’s so spooky about Smith?
To start, we went straight to the source. There are some really frightful passages to be found in Smith! Last year on Halloween, Sarah Skwire and I celebrated (in costume, of course) by reading some of these passages. You can hear Sarah’s reading here, and mine here. Are you overcome by shivers yet? If not, I invite you to discover one of my favorite authors, Grady Hendrix, in Sarah’s new Reading Room post about horror and the power of female friendship.


If not, we suggest you read Graham McAleer’s Speaking of Smith post from last October. In his discussion of justice in The Theory of Moral Sentiments, Smith tells us there are no national holidays related to resentment. So what, then, might Smith make of Halloween? An exception, says McAleer. Ghosts elicit our sympathy for those who have died unjustly:

The very ashes of the dead seem to be disturbed at the thought that his injuries are to pass unrevenged. The horrors which are supposed to haunt the bed of the murderer, the ghosts which, superstition imagines, rise from their graves to demand vengeance upon those who brought them to their untimely end, all take their origin from this natural sympathy with the imaginary resentment of the slain (II.i.2.4).

Read the whole thing. And if that’s still not enough to give you the creeps, why not turn to Frankenstein? We’ve had a long history with this particular monster here at AdamSmithWorks. Recently, Shannon FitzGerald wrote at Speaking of Smith, “What makes Mary Shelley's Frankenstein one of the most effective horror novels of all time? The answer would be incomplete without reference to Adam Smith.” You’ve probably heard that Shelley penned this monster tale on a bet with Lord Byron and Percy Bysshe Shelley. But this has consequences, says Shanon:

Victor Frankenstein, for Mary Shelley, could not remain the broadly sympathetic figure of Smithian virtue and propriety he is presented near the beginning as quite capable of becoming before heading off to study science at university. Nor could he immediately sympathize with his living research project. Instead, to become capable of inviting such unique dread to his world, he must—and I am speaking novelistically here—become an unbalanced character, a slave of his corrupted passion for vitalist life science.

Shanon was musing over Frankenstein in part because we were in the midst of a Virtual Reading Group on Shelley and Smith. Just yesterday, we released a new essay by Edward Harpham, who also participated in this reading group, FrankensteinThrough the Eyes of Adam Smith. I hope you’ve had a chance to read this great new piece. And you mustn’t miss Caroline Breashears new post on Frankenstein in the Reading Room, in which she links Smithian wonder to scientific exploration, to, well… monsters.
Last but not least, we leave a special treat for our teacher friends- an Adam Smith ghost story! This lesson plan has students enact a play in which newly elected American President Elizabeth Montgomery faces an economic crisis. The night before her State of the Union address, she is visited by the ghosts of Adam Smith and John Maynard Keynes. What sort of advice will each give, and will President Montgomery take any of it? Find out with your students.
We hope you enjoy this year’s treats… No tricks here! 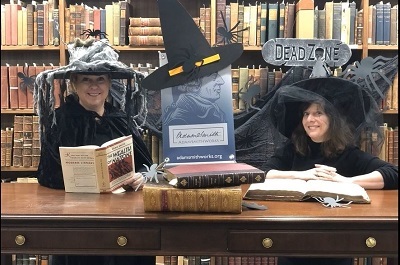