What Adam Smith Ate: In Which we Discuss Oats 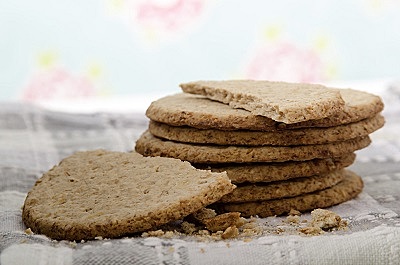 November 16, 2020
In Adam Smith’s times, the Scots ate well. Their climate and plentiful land allowed people to cultivate green vegetables like cabbage and kale. Harbors gave them access to seafood like lobster and herring, and farmers grew cereal grain like the famous Scottish oats.


Oats were plentiful, inexpensive, and served as a dietary staple for Scotsman at every social level. Fishermen, soldiers, and laborers subsisted on fried and oven baked oat cakes. Wheat didn’t thrive in the Scottish climate like it did further south in England, and oats became known as the national foodstuff. Every house had a pot of oatmeal – or porridge – on the stove, and the hearty dish fed laborers and merchants alike.


Smith regarded the trade in grain as critical to his concepts even though he doubted that it would ever prove practical for countries to import – or export – large amounts of grains to meet their needs. Still, Smith knew Scotland fed itself on oats.


As a student and later a professor, Smith would have experienced “Oatmeal Mondays” when students were excused to return home and replenish their stocks of oats.   Rev. James Sharp[1] notes of his student days at the University of Edinburgh: “We used to get a holiday … on the first Monday of every month … called ‘Meal Monday,’ … The liberal arts, sciences and theory were cultivated on oatmeal, with an occasional glass of beer on a Saturday night.” (Meal Monday is still a holiday in Scotland each year on the second Monday of February.)


Even as the most common food in Scotland, oats were often considered inferior to wheat. Samuel Johnson in his dictionary famously defined oats as "a grain, which in England is generally given to horses, but in Scotland supports the people."  (In Boswell’s The Life of Samuel Johnson, the Scottish Patrick Murray, 5th Lord Elibank was said to have retorted “Yes, and where else will you see such horses and such men.")


As it turns out, Smith doesn’t seem to have been much of a fan of the staple cereal either, believing that potatoes were a much better food source. As he notes in An Inquiry into the Nature and Causes of the Wealth of Nations, “the food of the common people in Scotland is not so suitable to the human constitution…”


Smith felt wheat bread was much healthier and famously said “Oatmeal indeed supplies the common people of Scotland with the greatest and best part of their food, which is in general much inferior to that of their neighbours of the same rank in England.”


Whether he cared for it or not, oatmeal was the food of the masses. And while he may have doubted its nutritional value, it may have had more than he knew, especially considering the health problems he developed when he went to university in England.


In Smith’s time, Scottish oats were cooked down with water and often held on a pot over the fire. The thick oatmeal could be cooled, sliced, and fried, or baked for oat breads or oat cakes. Due to its high fiber and low fat content, Scottish oatmeal has again become a popular breakfast.


Today, Scottish Oats are cooked in a number of ways from oatmeal to oat cakes.  Oatmeal Pancakes are a modern way to enjoy your oatmeal on Saturday morning and can be kept and reheated for a snack.  These oatmeal pancakes, adapted from Scottish cook Elizabeth Cleland’s 1755 cookbook, are delicious fried in brown butter.  (They won’t be as fluffy as today’s pancakes. That just makes them more hearty and authentic.)