A Modern Lawyer and Smith’s Lectures on Jurisprudence, Part 1 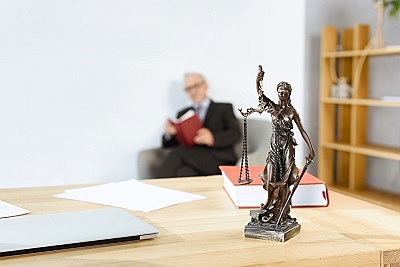 
But it’s edifying too, if we can just fill a cup from the firehose of Smith’s erudition. And it’s emphatically worth the effort because Smith brings the same combination of worldliness, humility, and penetrating insight to his Lectures on Jurisprudence that are manifest in his more famous works. Though we live in a world that would have surprised, delighted, and perhaps also infuriated Smith (for instance, he inveighs against exorbitant taxes and avers that “no people will allow the half of their property to be taken from them” [435]) his wisdom is timeless and immensely practical.


The subject of his lectures, jurisprudence, is the philosophy of law, which is, in its essence, the application of force by government to the unwilling. Under what circumstances should that be done? Rarely and with great humility, Smith advises—not wantonly, like they do in France and Spain. He’s right, of course, and the Lectures explain why.


The longest installment is the one on Justice, which Smith defines as “security from injury.” [398]. Smith provides what amounts to a taxonomy of societal injuries that underscores the monumental task of a legal system that is charged both with preventing and redressing them. Thus, to take just one branch of that taxonomy, Smith tell us a person may be injured:


Smith’s discussion of the specific legal rules that apply to these various injuries is fascinating (for instance, it was a capital offense to “corrupt[]” the king’s wife or his oldest daughter, but not his younger daughters—think bloodlines), but the key point for the modern reader is not so much the substance of the particular rules as the means by which they are created and applied. As discussed in my next piece, there are two basic approaches to the formulation and application of legal rules: directed and authoritarian (as on the Continent), or improvisational and participatory (as in England). Deciding which of those approaches to embrace is perhaps the most momentous choice a society can make, and America today appears to be teetering on the brink between them.

Read the other posts in this series:
Guns, Foreigners, and a Twist Ending (Part 5)
How to Get Rich by Not Influencing People (Part 4)
The Liberty Producing Institution (Part 3)
A Modern Lawyer and Smith's Lectures on Jurisprudence (Part 2)