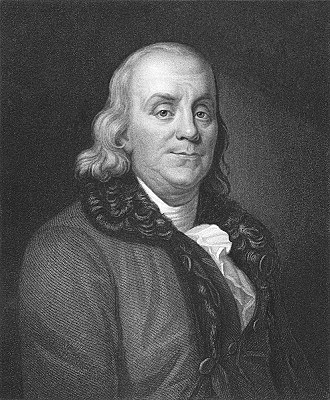 January 7, 2020
The year 1759 was a significant milestone in Adam Smith’s career. He was teaching at the University of Glasgow, having broken ground with his series of lectures on rhetoric, and at 36 years old he was already a major figure in what would become known as the Scottish Enlightenment. Perhaps most noteworthy was the publication, that year, of Smith’s well-received first book, The Theory of Moral Sentiments.


While busy lecturing, writing, and debating ideas in Glasgow, Smith was still an active member in several of Edinburgh’s literary circles, including The Select Society, a group for intellectual elites formed several years earlier. Smith often made the 44-mile trip between the two cities – as much as 13 hours by carriage! David Hume was also in Edinburgh as were several other of Smith’s old friends.


In September, Smith and a group of friends dined with Benjamin Franklin and his son William who were visiting Scotland for the first time. The Franklins had been busy traveling since their arrival, but by the middle of the month they had returned to Edinburgh to meet Franklin’s friend William Strahan. (Strahan also happened to be the publisher of Smith’s new book.)


Franklin later reported that he considered his six weeks in Scotland “six weeks of the densest happiness I have met with in any part of my life.”


During those six weeks Franklin and his son dined with a group of friends and scholars that included Smith, Hume, Dr. Cullen, Alexander Carlyle, and “two or three more” all hosted by Dr. William Robertson. Robertson, a clergyman, historian, and active member of The Select Society, had also published his first book that year, The History of Scotland, During the Reigns of Queen Mary and of King James VI.


According to Carlyle, the dinner was at Robertson’s home at the “head of the Cowgate,” one of old Edinburgh’s main streets very near the castle.


A formal dinner followed protocols drawn from English and French social standards. An evening hosted at Dr. Robertson’s home would have likely begun around 8 p.m. with the arrivals of the guests. With at least 8 guests – and no ladies that we know of – the gentlemen would have gathered in the drawing room before proceeding into dinner.


An evening hosted in one’s home for a special guest like Dr. Franklin would have included a large number of dishes served “à la français” or what we would call “family style.” Dishes would be placed on the table, and guests would serve themselves as much or as little as they liked. The dinner would have included several “removes” where all of the dishes were removed from the table and an entirely new round of food would appear.


Three things were interesting about this style of dinner service, which was common at the French court and had its roots in medieval court dining. First, it could be difficult to get to your favorite dish. Platters were heavy and not always passed, so it was sometimes common for a guest to bribe a footman with a coin to ensure their favorite dish was placed nearby.


Secondly, every gentleman (and lady) had to know how to carve meat for themselves. Ever had that fear of failure when someone asked you to carve the Thanksgiving turkey? For the Georgians, when presented with a whole game bird or haunch of meat, you had to know what you were doing when you carved yourself a piece.


Lastly, the practice of service “à la française” was incredibly wasteful. Since medieval times, the tradition had been that leftovers from banquets were shared with servants, but by Smith’s time this style of dinner presented households with an excessive number of leftovers. When the Edwardians elevated dinner parties to a high art, they ushered in service “à la russe.” This more modern form of service meant that footmen portioned each course out for diners, which controlled waste. It also caused the cutlery business to boom since households had to have clean silverware to accompany each course.


At Dr. Robertson’s dinner, we can guess there may have been 8-10 dishes and at least two removes with specialties of the season. The first course might have included soup, fish, oysters, marrow, patés, and vegetables. The second might have had cutlets in sauce, sweetbreads, roast fowl, pork, beef, lamb, and roast game – all accompanied by claret or, as we know it today, wine from Bordeaux. In the French style, the dinner would have ended with cheeses, fruit, and a variety of desserts as well as sherry, Madeira, or even Champagne.


If ladies were present, they would have withdrawn after dinner so the gentlemen could enjoy cigars and port. This crowd, however, was generally more interested in philosophical discussions around the fireplace as they enjoyed their claret after a good meal.


To imagine your own feast with Benjamin Franklin, think about the bounty of September. In Scotland there were oysters, mussels, lobsters, sardines, leeks, turnips, broad beans, mushrooms, and late cabbages and kale. There would have been roasted game hens, pheasant, and maybe even goose, and haunches of pork and venison.


Here’s an easy dish to try for a first course – an oyster soup adapted from Elisabeth Cleland’s 1755 A New and Easy Method of Cookery. The soup would have been served in a large soup terrine with guests ladling out their own bowlfuls. Modern oyster soups feature milk and cream, but this original version lets the oysters shine. It calls for “strong broth” which could have been any rich stock on hand including veal, mutton, or beef. I opted for the milder flavor of chicken stock.

Just discovered this site. What an excellent resource. I’m a David Hume fan. Any friend of Hume’s is a friend of mine.