What Adam Smith Ate: A Restaurant in Paris 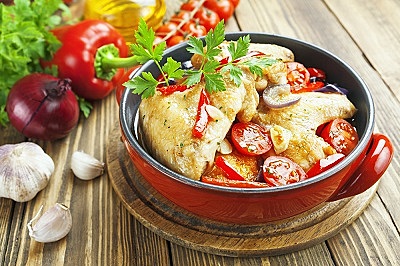 By the end of 1765, Adam Smith had been in France for nearly two years. After leaving his position at the University of Glasgow at the end of 1763, he had taken on the position of private tutor for Henry Scott, the 3rd Duke of Buccleuch to accompany him as chaperone and teacher on his Grand Tour.


Living primarily in Toulouse in the south of France, they traveled the region and decamped for Geneva in the fall of 1765. During their three-month stay in Switzerland, Smith met with philosophers and scholars, most notably the famous (or infamous, depending on your point of view) Voltaire.


Smith was something of an intellectual celebrity in France. His Theory of Moral Sentiments had been well-received, and writers, philosophers, and freethinkers of the Enlightenment were eager to meet him.


The Seven Years War had ended only two years before. France had ceded its territories in North America (including present day Canada) to the British, and treaties had been struck between Russia, Austria, and Prussia. The war had taken a toll on France’s economy leaving the country deep in debt and King Louis XV on shaky ground.


Still, France was coming back to life, and in December of 1765, Smith and the Duke arrived in Paris to a swirl of dinners, salons, and visits from friends. When David Hume left his embassy position a few months earlier, Smith asked him to “leave me some letters to honest men and women,” which we can assume were letters of introduction.


Smith knew how the social game was played. Famous writers and philosophers brought a significant amount of social capital to leading hosts and hostesses of the day. Or, as Smith cautions Hume in a letter “Do not imagine that the great Princes and Ladies who want you to live with them [do it] from real and sincere affection to you. They mean nothing but to gratify their own vanity by having an illustrious man in their house …”)


Paris during this time was one of the jewels of Europe. Not only did it benefit from the proximity to the royal court at Versailles, it was home to a burgeoning middle class as well as the social philosophies that would become the foundations of a revolution. In the narrow streets of Saint-Michel and the bustling squares of Île de la Cité, life was changing. Smith, the Duke, and later, the Duke’s younger brother, were happily ensconced at the Hotel du Parc Royale in the Faubourg Saint-Germain complete with a man-servant recommended by Hume.


Paris was quickly modernizing and in 1765, there was a new place to frequent in Paris – the restaurant or bouillon. Named for owner Monsieur A. Boulanger, it provided an alternative to noisy, smelly taverns, where one went to drink or the more sedate cafes where one went for coffee. You could eat at either of these places, but it wasn’t what you would call dining for pleasure.


This new bouillon (not to be confused with what we would later call a boulangerie or bread bakery) was located on the rue des Poulies near the Louvre. It had separate tables, a menu – often with only one dish per day. It specialized in dishes that could be made in large portions like soups made from meat or sauces made from eggs. By the end of the 1760s, dozens of these new bouillons soon appeared in Paris. And the opening dish from this first restaurant? Their specialty: sheep’s feet simmered in a white sauce.


The first luxurious restaurants wouldn’t open in Paris until 1791, but we can imagine that Smith would have enjoyed trying this new dining experience, possibly recommended by the Duke and his friends. By all accounts, Smith enjoyed observing the world around him and would have viewed this entry into the marketplace as a sign that a new class of tavern keepers, soon to be called restauranteurs, were catering to a growing class of customers.


We won’t make you recreate braised sheep’s feet but we can give you a nice recipe for chicken simmered in a French white sauce that is still a popular bistro dish in Paris today.  This one is my own version of Julia Child’s Chicken Fricassee from Mastering the Art of French Cooking.