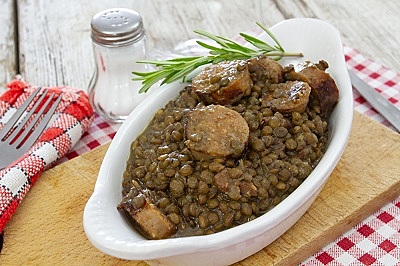 One of the first things a traveler learns as they experience France is that the food is both classic and modern at the same time. Chefs today use molecular gastronomy and microgreens, but the dishes – and the recipes – are often hundreds of years old.  While trends come and go, the essential comfort food of France hasn’t changed much in 300 years.


In France, regional foods are distinguished by the accompanying wines from grapes that are usually grown nearby. It’s a question that wine lovers have debated for centuries: “What came first? The food that perfectly pairs with the wine or the wine style that grew to match the food?” This perfect marriage of food and wine is especially true in southwest France.


The Languedoc – or Occitaine in the local dialect – spans southwest France and is bordered by Spain and the Pyrenees. Just down the Garonne river from Bordeaux, the region is home to lush, fruit-driven Languedoc wines that are hearty, like the food, and pair perfectly with the garlicky pork sausages, rich duck, white beans, and hearty sauces that make up the food of this region.


By 1763, peace had found its way to the Continent at last, and Smith left his University in December on the Duke of Buccleuch’s long-delayed Grand Tour, although we might call it more of a year of “residential study.” By March, they arrived in Toulouse, home to close friend and local fixer Abbé Colbert, a good friend and “cousin” of David Hume’s, who hailed from Scotland and served as a local contact for other Scots in the area.


Toulouse, a city of 50,000 residents, was a stop on many students’ travel, and Smith writes about several who visited while he was there. The Enlightenment was spreading throughout France, and even the pulpits of 1760s Toulouse were full of new ideas. The university and monasteries provided ample opportunity for academic rigor. It was a quiet place for the tutor and student. Smith and Duke would stay in Toulouse for 18 months.


It’s worth noting that we know quite a lot more about Smith’s time in Toulouse thanks to scholars Alain Alcouffe and Philippe Massot-Bordenave and their just published Adam Smith in Toulouse and Occitania: The Unknown Years.


But what did Smith eat in Toulouse? Toulouse is considered “French comfort-food country.” As travel writer Benjamin Kemper puts it “Somewhere in Toulouse at this very moment, potatoes are sputtering in goose fat, apricot cakes are rising in a warm oven, and soups are bubbling in big clay cassoles.”


We can imagine Smith and the young Duke wandering the famous pink-bricked streets and feasting on what their cook brought home from market day: Duck confit, sausages, and white beans turned into local dishes like Cassoulet.


One of the city’s namesake staples was the Toulouse sausage, thought to come upon the Occitanian culinary scene about 250 years ago. Toulouse sausages are rich in garlic, spices, and red wine. (If you’ve ever visited southern France, you know about the infamously strong garlic.)


For this dish, we’re featuring Toulouse sausages but with lighter French lentils for a modern take on a regional classic – sausage and lentils, a local dish that would have definitely made it into the rotation for simple suppers with Smith and the Duke. Take note: In France, Toulouse sausages are sold by the meter.


1 meter of Toulouse sausages, or 1 ½ - 2 lbs French sausages with garlic and spices (at least 6)


1 cup red wine from the Languedoc or Southern Rhone


2 cups of chicken or vegetable stock