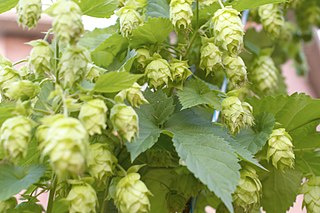 Learn about the traditional European hop-harvest festival, with its accompanying "hop supper," and get the recipe for beer-braised pork loin roast!

“It’s not from the benevolence of the butcher, the brewer, or the baker that we expect our dinner…”  Adam Smith, Wealth of Nations

Scholars have penned entire books about the importance of beer to civilized society in the past 300 years. The very fact that Smith counts brewers as important as butchers or bakers says a lot about the importance of beer in the 18th Century. It was the drink of the working class, the farming class, and even the wealthy class. Many landowners brewed their own as part of their estate operations, although by the late 1700s that practice was falling out of fashion.


Smith recognized in his Wealth of Nations that beer was part of the engine that kept an economy going. By the 1750s, a visit to the local brewer was a common as a visit to the local butcher or baker. Beer was a staple of the everyday diet making nearly a full meal with bread or a bit of cheese. It was even taxed, along with salt, leather, and candles, which Smith considered one of the taxes that “people grudge most.” Smith argues that beer was such a necessity that a tax on it raised the cost of subsistence and should drive a higher wage. Tax beer, he argued, and workers should get what we’d call a “cost of living” increase today.


Throughout the ages, malted beers made without hops (called “ales”) have been popular. However, as times and tastes changed and German traditions arrived north, the 1700s ushered in the popularity of these new beers brewed with hops – and called “beer” instead of “ale.”


Throughout northern Europe, hops were popular because they were a good-paying crop and didn’t’ displace other uses for farmland. They were large bushes that simply grew along roadsides and forest edges. By 1710, Parliament passed a duty act forbidding use of any other ingredient to enrich beer, making hops an incredibly profitable crop for a farmer. By the 1720s, brewers were mass-producing beers in the larger cities including porter, a rich drink made from blending multiple casks. It was immediately popular with London’s working class.


During hop harvesting season in the fall, itinerant workers and locals alike picked hops throughout the areas surrounding a village, some only for an afternoon, presenting their bounty to the landowner for payment. Historian E. Royston Pike describes a hop harvest in Kent noting that “strolling pickers” including men, women, children, and infants joined in alongside tradesman’s daughters and daughters of good families while ”farmers and yeomen of the first rank and best education are seen busy at the hop bins.”


Over the course of several weeks in the fall, a “relaxation of manners” with free conversation and activities turned into a “sort of jubilee.”  The season ended with a “hop supper” – a large celebration feast including a contest where young women revealed hats decorated with colorful ribbons and ornaments portraying scenes from the harvest.


The hop supper would have served an entire village including the pickers who had arrived from elsewhere to earn their living. While it’s difficult to find a menu from an original hop supper, you might know them by their more familiar European names like Germany’s Oktoberfest or Belgium’s Hoppenfeesten. Regardless of location, the centerpiece of a hop supper was nearly always the “hop sow” or “hop pig” roasted for everyone to share.


One can imagine a warm September evening with long trestle tables set out lit by candles and lanterns loaded with the bounty of the season including a whole roasted pig as well as roasted game, haunches of venison, meat pies, and sweets – and, of course, lots and lots of beer.  While you’re probably not going to roast a whole pig anytime soon, you can choose a 3-5 lb pork loin roast (different than pork tenderloin) for the same effect.  Even better, this one is slow cooked with beer for a tender, delicious result.